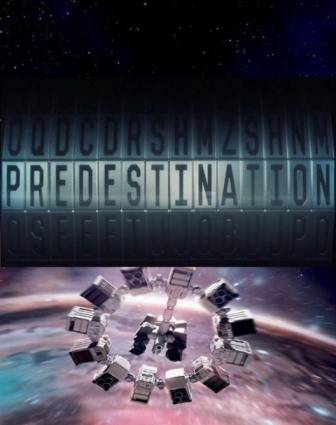 In part one of this topic we clarified the four pillars of belief in the Divine Decree and Predestination. On the other hand, belief in Divine Decree does not provide an excuse for mankind to sin or abandon what they are obligated to do. This excuse can be refuted by the following seven arguments:

1. Allah Says (what means): “Those who associated with Allah will say: 'If Allah had willed, we would not have associated [anything] and neither would our fathers, nor would we have prohibited anything.' Likewise did those before deny until they tasted Our punishment. Say: 'Do you have any knowledge that you can produce for us?' You follow not except assumption, and you are not but falsifying.” [Quran 6:148] The disbelievers did not have a valid excuse when they said that what they did was according to Al-Qadar. If this excuse was valid, then why will Allah punish them for their sins?

2. Allah Says (what means): “[We sent] messengers as bringers of good tidings and warners so that mankind will have no argument against Allah after the messengers. And ever is Allah Exalted in Might and Wise.” [Quran: 4:165] Sending the Messengers also took place according to Al-Qadar. This is why the disbelievers cannot use Al-­Qadar as an excuse for not believing, because Al-Qadar provided them with the means to escape Allah’s punishment by following His Messengers, may Allah exalt their mention.

said: “The final destination, in Hell or , is already determined for each one of you.” A man said: “Should we depend on this fact, O Messenger of Allah?" (Meaning, to abandon doing good deeds) He

said: “No! Perform (good) deeds, because everyone will be helped (to go on the path that will lead him to his destiny).” Then he read the verse (which means): “As for he who gives [in charity] and fears Allah… We will make smooth for him the path of ease (goodness).” [Quran: 92:5-7]”

4. Allah conveyed His commandments to His slaves and did not require them to do what is beyond their capacity; He says (what means): “So fear Allah as much as you are able…” [Quran: 64:16] Allah also Says (what means): “Allah does not charge a soul except [with that within] its capacity…” [Quran: 2:286] If the slave is forced to do whatever deeds he performs, then Allah would have required from him what is beyond his capacity, and this is a false belief. For this reason, Allah forgives sins that take place because of ignorance or forgetfulness.

5. Divine Decree and Predestination is a matter of Allah’s Knowledge. No one can uncover his own Decree except after it occurs. One’s intention to perform a deed precedes the action itself. He does not know what Al-Qadar holds for him. Therefore, Al-Qadar is not a valid excuse for sinning and abandoning the commandments of Allah.

6. One always seeks what is convenient for him. No one of sane mind would abandon what brings material benefit to him, saying that Al-Qadar forced him to take this course of action. Therefore, why would one use Al-Qadar as an excuse for abandoning what brings benefit to him in matters of religion and not do the same for matters of life?

7. If one of those who abandon the commandments of Allah and indulge in sinning comes under attack of his honour or possessions, would he accept the excuse of the attacker, if he says that he attacked him because it was predestined for him to attack, and therefore he is not to be blamed? Indeed not!

who ordered that this man’s hand be cut off. The man said: “Wait, O leader of the believers! I only stole because this was in the Decree of Allah." 'Umar

replied: “And we will amputate your hand because it is in the Decree of Allah.”

To sum up, the belief in Divine Decree and Predestination, as one of the six pillars of faith, does not mean that we are deprived of will and power in the actions we take. Whatever Allah Almighty decrees for us is a matter of Pre-Knowledge by Allah, the Most Exalted, and not a matter of coercion, as we are given the choice to do either good deeds to be rewarded for or bad deeds to be punished for. We are neither forced to do what we do nor obliged to do anything beyond our capacity.