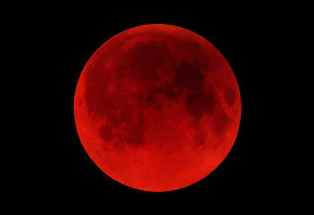 ‘Aamir bin At-Tufayl was one of the leaders of the Banu ‘Aamir. He was haughty, arrogant and greedy for power. He believed that the Prophet

would have dominion over the whole Arabian Peninsula and hence, this polytheist went to the Prophet

1)    “Choose one of three alternatives:
2)    To have the Bedouins under your command and the townspeople will be under my command, or that
3)    I will attack you with one thousand men from the Banu Ghatafaan with a thousand horses.” [Al-Bukhari]
The Prophet

refused these foolish demands. Mulaa‘ib Al-Asinnah, the master of the Banu ‘Aamir, who was the uncle of ‘Aamir bin At-Tufayl, went to Madeenah and presented a gift to the Prophet

invited him to Islam, but he refused. Hence, the Prophet

said: “I do not accept a gift from a polytheist.” Mulaa‘ib Al-Asinnah said to the Prophet

“Send to the people of Najd whomever you wish, and I will protect them.” The Prophet

sent to them a group of people including Al-Munthir bin ‘Amr, who was called Al-Mu‘taq li-yamoot or A‘taqul-Mawt.
‘Aamir bin At-Tufayl asked the people of the Banu ‘Aamir to be trooped against those men whom the Prophet

sent. However, the Banu ‘Aamir refused to answer his request and refused to breach the covenant of Mulaa‘ib Al-Asinnah with the Prophet

. Then, he asked the people of the Banu Sulaym to be trooped against those men and they obeyed him. He pursued these men with about one hundred archers and caught up with them at Bi’r Ma‘oonah and killed all of these Companions, may Allah be pleased with them, except ‘Amr bin Umayyah. It was narrated on the authority of Anas, may Allah be pleased with him, that he said,
Some people came to the Messenger of Allah

and said to him, “Send with us some men who may teach us the Quran and the Sunnah.” Accordingly, he sent seventy men from the Ansaar. They were called the Qurraa’ [reciters], and among them was my maternal uncle, Haraam. They would recite the Quran and discuss and ponder over its meanings at night. During the day, they would bring water and pour it [in pitchers] in the mosque, collect wood and sell it, and with the sale proceeds bring food for the poor people of the Suffah and the needy.
The Prophet

sent the reciters with these people, but these [treacherous people] pounced, fell upon them, and killed them before they reached their destination. While dying, they said, “O Allah, let our Prophet know that we have met You [in a way] that we are pleased with You and You are pleased with us.” [The narrator added], a man attacked Haraam [the maternal uncle of Anas], from behind with a spear, which pierced him. [While dying], Haraam said, “By the Lord of the Ka‘bah, I am victorious.” [When he heard about this incident], the Messenger of Allah

said to his Companions: “Your brethren were slain and they said, ‘O Allah, let our Prophet know that we have met You in a way that we are pleased with You and You are pleased with us.” [Muslim]
There are lessons and benefits in this tragic incident, some of which are:
1-    Sacrifices must be made for the sake of Da‘wah (propagation): We saw how the allies of the Huthayl betrayed the reciters - who were sent by the Prophet

to teach people - in the Battle of Ar-Rajee‘. ‘Aamir bin At-Tufayl also acted treacherously towards the seventy reciters who had set out for the sake of spreading Da‘wah and teaching Muslims their religion. It was an awful massacre on the Day of Bi’r Ma‘oonah.
These calamities affected the Prophet

so deeply that for a whole month he kept on reciting Qunoot (a special prayer) during the Fajr (Dawn) prayer,        invoking curses on the tribes who had disobeyed Allah and His Messenger. It was narrated on the authority of Ibn ‘Abbaas, may Allah be pleased with him, that he said, “The Messenger of Allah

recited the Qunoot [supplication] daily for a month in the Thuhr [noon], ‘Asr [afternoon], Maghrib [sunset], ‘Ishaa’ [night] and Subh [morning] prayers. When he said, ‘Sami‘a Allahu liman hamidah [Allah hears the one who praises Him]’ in the last Rak‘ah, he supplicated to Allah against some clans of the Banu Sulaym, Ri‘l, Thakwaan and ‘Usayyah, and those who were standing behind him said, ‘Ameen’.” [Abu Daawood] Anas, may Allah be pleased with him, said, “This was the start of Qunoot for we were not used to reciting Qunoot [before that].” [Al-Bukhari]
However, this did not undermine the Muslims or weaken their zeal and resolution to continue their Da‘wah to Allah and          serve the Religion of Allah, for the advantage of Da‘wah has precedence over the blood and souls. Moreover, Da‘wah cannot be victorious if there are no souls sacrificed in its way. Nothing could establish Da‘wah better than firmness in the face of events and crises and making sacrifices for its sake.
Calls without power or sacrifices are more like philosophies and illusions, which are recorded in books and mentioned in myths and then go away with the passing of time.
The two incidents of Ar-Rajee‘ and Bi’r Ma‘oonah remind us of our great responsibility towards this religion. They set      examples of the great sacrifices that were made by the noble Companions for the sake of their creed, religion and the pleasure of their Lord.
Happiness has a price; comfort has a price and glory and sovereignty have a price. The price of this Da‘wah is the pure blood that is spilt in the way of Allah to establish the Sharee‘ah of Allah and His religion on earth.
2-    “By the Lord of the Ka‘bah, I am victorious.” This sentence was said by Haraam bin Malhaan, may Allah be pleased with him, when the spear penetrated his back and came out of his chest, and he took his blood in his hand and wiped with it his face and head saying, “By the Lord of the Ka‘bah, I am victorious.” This scene makes the hardest hearts affected considering themselves little in comparison to such great men whose faces did not turn pale in the face of death. Rather, their faces became happy and they became tranquil and reassured.
This wonderful scene, which cannot be imagined by a human mind that is distant from faith, made Jabbaar bin Salma, who had stabbed Haraam bin Malhaan, wonder about the astonishing words that had been said. Jabbaar said, “What drove me to Islam was that I stabbed one of them [i.e., the reciters] with a spear between his shoulders, and I saw the spearhead when it came out of his chest. Then, I heard him saying, ‘By the Lord of the Ka‘bah, I am victorious.’ I said, ‘What victory is this? Have I not killed him?’ Later, I asked about his saying, and I was informed that he meant martyrdom. Then, I said, ‘By Allah, he really is victorious!’” This was the reason behind his reversion to Islam.
This marvelous incident makes us wonder, does the martyr  experience the agonies of death?
The Prophet

who never spoke from his own inclination, gave us the answer when he said: “The martyr experiences no more pain in being killed than the pain that one of you experiences from a sting.” [At-Tirmithi, Al-Albaani - Saheeh]
The martyr enjoys a special status before Allah in return for the dear price that he pays. He sacrifices his soul for the sake of Allah. Consequently, the most Just One does not deal with him unfairly. He grants the martyr six rewards, each one of which equals the world and what is in it. It was narrated on the authority of Al-Miqdaam bin Ma‘deekarib, may Allah be pleased with him, that the Prophet, sallallaahu ‘alayhi wa sallam, said: “The martyr receives six rewards from Allah: he is forgiven with the first gush of his blood; he is shown his abode in Paradise; he is saved    from the punishment in the grave; he is kept safe from the greatest terror [on the Day of Judgment]; a crown of  honor is placed on his head, he is married to seventy-two wives of the Hoor [maidens of Paradise]; and is accepted as an intercessor for seventy of his relatives.” [At-Tirmithi, Al-Albaani - Saheeh] In addition, he will come on the Day of Judgment carrying a distinguished honoring     medal, and his blood will have the color of blood but will have the fragrance of musk as narrated in a Hadeeth that was judged as Saheeh by Shaykh Al-Albaani, may Allah have mercy upon him, in Sunan At-Tirmithi.
Also, the life of martyrs does not end with their death. Rather, they are alive and enjoy provisions from their Lord. Allah The Almighty Says (what means): {And never think of those who have been killed in the Cause of Allah as dead. Rather, they are alive with their Lord, receiving provision.} [Quran 3:169]
3-    The Prophet

did not know the Unseen: The two incidents of Bi’r Ma‘oonah and Ar-Rajee‘ prove that the Messenger of Allah

did not know the Unseen. There are other proofs to support this fact; Allah The Almighty Says (what means): {Say, “I hold not for myself [the power of] benefit or harm, except what Allah has willed. And if I knew the Unseen, I could have acquired much wealth, and no harm would have touched me. I am not except a warner and a bringer of good tidings to a people who believe.”} [Quran 7:188] It is Allah alone who knows the Unseen. The Messengers of Allah and the angels do not know the Unseen; they know only what Allah brings into their knowledge. Allah The Almighty Says (what means): {[He is] Knower of the unseen, and He does not disclose His [knowledge of the] unseen to anyone.} [Quran 72:26]
(To be continued)