Equality between men and women - II 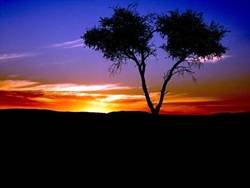 The Status of Women in Islam:

Facing this dark history, Islam placed women in their natural position and returned to them their rights and status which were seized from them in the darkness of ignorance and corrupt customs and traditions.

Islam emphasized that males and females came from the same origin. Allah The Amighty Says (what means): {O mankind, fear your Lord, who created you from one soul and created from it its mate and dispersed from both of them many men and women. And fear Allah, through whom you ask one another, and the wombs. Indeed Allah is ever, over you, an Observer.} [Quran 4:1]

Islam rejected the stance of the disbelievers, their stolid ordinances and their inability to understand the role of women. Islam acknowledged that they are just as essential to the system of life as men. Rather, men reside with women for women are more essential in maintaining the family. That is why Islam viewed women as a gift from Allah The Exalted. Moreover, the Noble Quran mentioned females before males as Allah The Exalted Says (what means): {He gives to whom He wills female [children], and He gives to whom He wills males. Or He makes them [both] males and females, and He renders whom He wills barren.} [Quran 42:49-50]

Islam granted women respect, honor and affection in a way that prepares society to receive every newborn girl with sign of relief, satisfaction and confidence in the Help of Allah Who Says (what means): {And do not kill your children for fear of poverty. We provide for them and for you.} [Quran 17:31].

In addition, Islam honored women in their age of youth. Islam granted them the capacity to express their opinion in the most private issues of their lives in forming their households and choosing their husbands. The Prophet, sallAllahu ‘alayhi wa sallam, said: "A previously married woman must not be given in marriage until she is consulted and a virgin must not be given in marriage until her permission is sought.” They asked: “O Messenger of Allah, how will her (i.e. the virgin) consent be (confirmed)?” He said: “If she remains silent." [Muslim]

Islam respected this entitlement and enhanced it by granting women the freedom to dispose of it (at her own will). Allah The Almighty Says (what means): {And give the women [upon marriage] their [bridal] gifts graciously. But if they give up willingly to you anything of it, then take it in satisfaction and ease.} [Quran 4:4]

The Noble Quran places women and men on an equal footing before the law in rights and duties such as the right to conclude contracts, assume liabilities and to defend their rights before jurisdiction. Allah The Exalted Says (what means): {And due to the wives is similar to what is expected of them, according to what is reasonable}. [Quran 2:228]

Some people say that some Islamic rulings are prejudiced towards women such as in divorce, polygyny and that their share of inheritance and testimony equals half the share of men. In essence, these issues honor women and preserve their status. The distinction in these matters preserves the dignity of women and respects the nature of their structure:
- Concerning the fact that the share of women is half the share of men in some inheritance cases; Islam, in return for this right granted to men, imposed upon them the equivalent of obligations. The Sharee'ah obligated men to financially sponsor women in every phase of their lives. Thus, a girl is sponsored by her father, brother or whoever assumes their role. The husband must spend on his wife and she is not obliged to spend anything. Allah The Exalted clarifies this point when He Says (what means): {Men are in charge of women by [right of] what Allah has given one over the other and what they spend [for maintenance] from their wealth.} [Quran 4:34] Nevertheless, in some cases the share of a woman may exceed that of a man according to the degree of kinship. Hence, the matter is not that a woman's share shall always be half the share of a man.

- With regards to testimony, the Noble Sharee’ah took into consideration the psychological traits of women. Women are emotional in their psychological makeup and their emotions may prevail (above reason). That is why Allah The Almighty Says (what means): {And if there are not two men [available], then a man and two women from those whom you accept as witnesses - so that if one of the women errs, then the other can remind her.} [Quran 2:282]

Besides, because of the nature of their social activity, women do not witness what men witness and do not take part in what adds to their experience and what qualifies them not to be deceived by fraudulent appearances. This may lead to committing what is forbidden without perceiving it. Nonetheless, the Monotheistic Sharee'ah granted women the right of testimony in what they practice such as testimony concerning seeing the newborn after delivery and the like. The reason for this is that testimony varies according to the subject matter. The testimony of a single woman may be accepted, as previously mentioned, in what is related to women's issues like delivery of newborns and similar issues.

- With respect to divorce, women have overriding emotions and are angered quickly. That is why Allah The Almighty gave men the authority of direct divorce as they are distinguished by patience and judgment by reason before emotions and being aware of the consequences of issues. At the same time, Islam does not deprive a woman from requesting a divorce if she is abused in a way that she cannot bear or if matters become complicated between her and her husband in such a way that makes continuing their marital life impossible. In both cases, both the husband and wife have their rights.

- Polygyny is a treatment for many social problems such as the barren woman who is not able to give birth while her husband wishes to have children but does not want to separate from her. In addition, it represents a solution for the problem of an increase in the number of women so that it exceeds the number of men due to circumstances such as wars.

Besides, women carry the offspring in their wombs. This is why it is not reasonable for her to demand the right to have multiple husbands which would lead to the intermixing of lineages and loss of chastity. In return for the right of polygamy granted to men, Islam set forth the condition of being just and fair among all wives.
The Twin Halves of Men:

In the Noble Hadeeth, the Prophet, sallAllahu ‘alayhi wa sallam, said: "Women are the twin halves of men.” [Abu Dawood and At-Tirmithi] Men and women are equal before Allah The Exalted and perhaps there is a pious woman who is more noble in the Sight of Allah The Exalted than a man: {Indeed, the most noble of you in the sight of Allah is the most pious of you.} [Quran 49:13]. Paradise is not a destination for men void of any women.

The Noble Quran also presented women as examples of righteousness. Allah The Almighty Says (what means): {And Allah presents an example of those who believed: the wife of Pharaoh, when she said, "My Lord, build for me near You a house in Paradise and save me from Pharaoh and his deeds and save me from the wrongdoing people." And [the example of] Mary, the daughter of 'Imran, who guarded her chastity, so We blew into [her garment] through Our angel, and she believed in the words of her Lord and His scriptures and was of the devoutly obedient. } [Quran 66:11-12]

Islam came with values and principles that elevate the status of women and preserve their dignity. However, dangers appeared and arrows were directed towards Islam and the Muslims. So, would the Muslim woman support her religion and defeat the plots of the greedy? Allah The Exalted Says (what means): {They want to extinguish the light of Allah with their mouths, but Allah refuses except to perfect His light, although the disbelievers dislike it.} [Quran 9:32].