Belief in the Angels 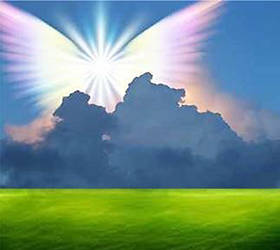 Every Muslim must believe in angels. We know from the Quran that Allah Says (what means): {…Whoever disbelieves in Allah, His angels, His books, His messengers, and the Last Day has certainly gone far astray.} [Quran: 4:136] In the Hadeeth (sayings of Prophet

) of the angel Jibreel

about Islam, Eeman (belief), and Ihsan (sincere and true faith in Allah), the Messenger of Allah

said about Eeman: “Eeman is to believe in Allah, His angels, His books, His messengers, the Last Day, and to believe in the Divine decree, [both] the good and the bad thereof.” [Muslim]

The angels have been present throughout all the stages of our creation, performing some duty. When we were in our mothers' wombs, an angel was there, breathing a soul into us. They are always there to reporting about our deeds to Allah. Each and every second they are recording what we whisper and speak. When the time of our death comes, they are ready to take our souls. When the Day of Judgement commences, an angel will blow the Horn that will mark the commencement of the Day of Judgement.

Allah has created the angels from light. The Prophet

Angels are honourable slaves of Allah; they obey Him and execute His commands. Allah describes about them in the Quran (what means): {They do not disobey Allah in what He commands them but do what they are commanded.} [Quran: 66:6]

Allah created them to worship Him, and only Allah Knows about their numbers and there life. Some of the important angels among them and their duties are here:

who is charged with the delivering of the rain and subsistence (provision, etc.).

• The angel of death, who is charged with extracting human souls,

• The bearers of the Throne of Allah.

• The guards of Paradise and Hell.

Besides these, there are angels who guard humans, others who record people's deeds and utterances and still others who are charged with various other duties and tasks.

They do not eat or drink; they are characterised by neither feminine nor masculine attributes, and they never tire. Some spend their entire existence in Rukoo’ (bowing) and others in Sujood (prostration). When Judgement will be called, they will raise their heads and say: 'Glory be to You, our Lord! We did not worship You in a way befitting Your Majesty.' They are a creation of Allah, a creation that took place before the creation of our father Adam

Firstly: They are huge in size. The Prophet

said: “I saw Jibreel in the fashion that he was originally created in. He had six-hundred (600) wings, with each wing filling the (entire) horizon (i.e., the east to the west – as far as the eye can see).” This event was mentioned in the Quran where Allah Says what means: {And he [i.e., Muhammad

Secondly: They have the ability to change their shape, as we know in the story of Maryam, may Allah exalt her mention, and in this Hadeeth of Jibreel

when all the Companions

saw him wearing an intensely white garment and having intensely black hair.

Thirdly: They live in the heavens, from there they descend to carry out their appointed duties. Allah the Exalted Says what means: {The heavens almost break up from above [by the Grandeur of Allah above them], and the angels exalt [Allah] with praise of their Lord…} [Quran: 42:5]