How to make your Hajj accepted 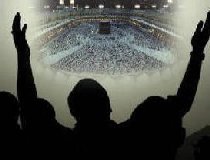 Many Hadeeths were narrated to show the great virtue of Hajj and its great reward. Some Hadeeths described the complete Hajj as the accepted Hajj. The Prophet

said: “The accepted Hajj has no other reward but Paradise.” [Al-Bukhari]

Hence, you are in need, dear pilgrim, to know the signs of the accepted Hajj, the elements that make Hajj accepted to fulfill them and the matters that contradict this to avoid them. People differ greatly as to their Hajj according to their closeness or remoteness from such signs.
Scholars mentioned many opinions regarding the meaning of the “accepted Hajj”, all of which are close in meaning. Their words relate to one meaning, the accepted Hajj is that which meets all its rulings and that is performed perfectly by the pilgrim.
The first thing that makes a Hajj accepted is sincerity and following the Sunnah of the Prophet

which is the criterion in judging deeds and having them accepted . Allah The Almighty Accepts only the deeds that are offered with full sincerity to Him and that are done to seek His satisfaction. Thus, dear pilgrim, you have to investigate your intention and beware of having any corrupt intention that contradicts sincerity, invalidates the deed and removes the reward, such as ostentation and seeking the praise of people. The Prophet

performed Hajj on a worn-out saddlebag and velvet that was worth four dirham, then he said: “O Allah! I seek Hajj that is free from ostentation and from seeking reputation.” [Ibn Maajah]
Pilgrims should be keen on performing Hajj according to the Sunnah of the Prophet

. This could only be achieved by learning the rituals of Hajj, its obligatory acts, voluntary acts and the characteristics of the Hajj of the Prophet

said: “Take your rituals from me as I do not know if I will perform Hajj after this time.” [Muslim]
Among the matters that help one perform an accepted Hajj is to be well- prepared before Hajj by repenting sincerely to Allah The Almighty, having lawful sustenance, righteous companions, freeing one’s liability from the rights of people and other things that are mentioned in the ethics of Hajj.
Among the signs of the accepted Hajj are: treating people well, having good morals, doing what is good, treating people kindly by saying good words, giving charity, teaching the ignorant, guiding the deviant, enjoining good and forbidding evil. Ibn ‘Umar, May Allah Be Pleased with him, used to say: “Righteousness is something easy as it lies in a cheerful face and nice words.”
Among the most comprehensive qualities of righteousness that pilgrims need, according to Ibn Rajab, are those that the Prophet

told Abu Jurayy Al-Hujaymi about when he said: “Do not belittle any good deed, even if it is giving a piece of rope, giving a shoelace, pouring water from your bucket into the container of someone seeking water, removing something harmful from the road or path, meeting your brother with a cheerful face, greeting him with salaam or giving companionship to those who are lonely.”[Ahmad]
Among matters that make a Hajj accepted is performing many acts of obedience, avoiding the sins and prohibitions as Allah The Almighty Induced His slaves to provide themselves with good deeds at the time of performing the rituals of Hajj. Allah The Almighty Says (what means): {And take provisions, but indeed, the best provision is fear of Allah.} [Quran 2:197] Allah The Almighty Forbade His Slaves from sexual relations, disobedience and disputing. Allah The Almighty Says (what means): {Hajj is [during] well-known months, so whoever has made Hajj obligatory upon himself therein [by entering the state of Ihraam], there is [to be for him] no sexual relations and no disobedience and no disputing during Hajj.} [Quran 2:197] The Prophet

said: “The one who performs Hajj without having sexual relations, speaking indecently or acting wickedly, will return (free from sin) as on the very first day his mother gave birth to him.” [Al-Bukhari and Muslim] In this verse, the word disobedience means, according to what was narrated on the authority of Ibn ‘Abbaas, May Allah Be Pleased with him, and more than one of the righteous predecessors, all kinds of sins. “Disputing” means arguing unjustly. Hence, if you wanted your Hajj to be accepted, you should obey your Lord by observing the obligations, occupying your time with matters that would bring you nearer to Allah such as remembering Allah, supplicating Him, reciting the Quran and other good deeds. Also, you should observe the limits Prescribed by Allah, avoid His prohibitions, preserve your hearing, sight and tongue from any prohibited matter.
Among the matters that help a person have an accepted Hajj is to feel the wisdom of Hajj and its secrets. There is a great difference between the one who performs Hajj while having the intention of performing one of the rituals of Allah The Almighty as well as feeling that these situations were experienced by the prophets, scholars and righteous people, a matter that makes him remember the day when the people will gather to be judged by Allah The Almighty, and the one who performs Hajj by the force of habit, for the sake of recreation and travelling, or to free his liability or just to be given the title of a “pilgrim”.
Finally, one of the signs of the accepted Hajj is the Muslim’s uprightness after his performance of Hajj so that he abides by the obedience of Allah The Almighty after it and is a better Muslim as this indicates the acceptance of the good deed. Some of the righteous predecessors said, “The sign of the acceptance of Hajj is to be a better Muslim after it and not to commit sins after returning.” Al-Hasan Al-Basri, May Allah Have mercy upon him, said, “The accepted Hajj makes the person abandon the worldly life and aspire to the Hereafter.”
Dear pilgrims, these are the characteristics and signs of the accepted Hajj, so try to fulfill them to win the Reward and Satisfaction of Allah. I ask Allah The Almighty to Accept your Hajj, Forgive your sins and Reward you for your efforts.