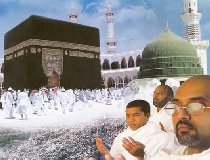 There are a set of etiquettes and recommendations that a person who intends to perform Hajj must observe and adhere to in order for his rituals to be accomplished according to what is permissible under the Sharee‘ah, and for his Hajj to be accepted by Allah.