Hajj is during Well-Known Months 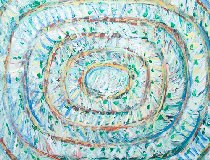 Allah The Almighty Says (what means): {Hajj is [during] well-known months, so whoever has madeHajj obligatory upon himself therein [by entering the state of Ihraam], there is [to be for him] no sexual relations and no disobedience and no disputing duringHajj. And whatever good you do - Allah knows it. And take provisions, but indeed, the best provision is fear of Allah. And fear Me, O you of understanding.} [Quran 2:197]

Drawing closer to Allah The Almighty is not exclusive to abandoning sins, but it is necessary to carry out what Allah The Almighty ordered. The Islamic Sharee‘ah is entirely based on commands and prohibitions - do’s and don'ts. In this Quranic verse and the following ones, Allah The Almighty explains the obligatory acts and manners of Hajj as well as what should be observed in performing it. He also mentions some of its fundamental acts and rituals. The importance of this sublime act of worship in the sight of Allah is very obvious since Allah speaks about its details and states, thus changing what people in the pre-Islamic era introduced to it.
Allah The Almighty Says (what means): “Hajj is [during] well-known months.” Scholars of Tafseer (Quranic exegesis) had many comments on this part, and we have selected the following:
First: This is an introduction to the part that follows (which means): “There is [to be for him] no sexual relations…,” in order to make the period in which sexual relations, disobedience and dispute will be prohibited look short since this is difficult for people. ‘Aa’ishah, may Allah be pleased with her, said to ‘Urwah ibn Az-Zubayr

as he set of for his Hajj journey, “O nephew, it is only ten nights, so if your soul entices you to do something, you should shun it.” She meant here that if his soul enticed him do anything that is forbidden during Ihraam (ritual consecration), he should have quit it until the end of his Ihraam, such as hunting game, sexual intercourse or the like.
Second: Ihraam for Hajj can only be during the following months: Shawwaal, Thul-Qi‘dah and Thul-Hijjah. In a tradition, Ibn ‘Abbaas, may Allah be pleased with him, said, “The Sunnah of Hajj is that one assumes Ihraam for it during the Hajj months.” This tradition was narrated on the authority of many Companions and Taabi‘oon (their successors), and Muslim jurists dealt with it in detail which we will not mention here.
Third: The verse confirms the designation of the months of Hajj which were practiced in the pre-Islamic era.
Allah The Almighty Says (what means): {So whoever has madeHajj obligatory upon himself therein [by entering the state of Ihraam]} refers to whoever intended and decided to perform Hajj by assuming Ihraam. At-Tabari

said, “Scholars have unanimously agreed that this [assuming of Ihraam] means making Hajj obligatory upon oneself.” Ibn ‘Abbaas, may Allah be pleased with him, said, “This refers to the one who has assumed Ihraam for Hajj or ‘Umrah.”
Allah The Almighty continues by Saying (what means): “There is [to be for him] no sexual relations and no disobedience and no disputing duringHajj,” This verse forbids the pilgrim from idle and foul talk. The purpose of Hajj is to surrender and submit to Allah and draw closer to Him by doing acts of worship and keeping away from committing misdeeds as much as one can so that his Hajj will be accepted. Allah The Almighty shows His slaves the way leading to this end, so He forbids them from what invalidates this act of worship and takes it away from the objective He has legislated it for. Furthermore, Allah The Almighty commands every good deed that brings people closer to Him, particularly in these noble sites. Therefore, the verse means whoever assumes Ihraam for Hajj or ‘Umrah (lesser pilgrimage) must keep away from sexual intercourse, as just as it was forbidden during the day of fasting when Allah The Almighty Says (what means): {It has been made permissible for you the night preceding fasting to go to your wives [for sexual relations].} [Quran 2:187] It is also forbidden to practice what would lead to sexual intercourse such as embracing, kissing and talking about that.
Disobedience encompasses all forms of misdeeds, such as hunting game in the state of Ihraam, insults, backbiting, tale-bearing and the like. In an authentic Hadeeth, the Prophet,

, said: “Insulting the Muslim is disobedience, and killing him is disbelief.” [Al-Bukhari and Muslim] These acts are generally not allowed in every time and place, but in Hajj the prohibition is even more confirmed. It was narrated on the authority of Abu Hurayrah, may Allah be pleased with him, that the Prophet,

, said: “Whoever performs Hajj at Al-Bayt [Al-Haraam], committing no sexual intercourse or disobedience, would return free from sin as on the day his mother gave birth to him.”[Al-Bukhari and Muslim]
Allah The Almighty Says (what means): “And no disputing duringHajj.” Dispute happens during hot discussions and argument. Allah The Almighty Says (what means): {And do not argue with the People of the Scripture except in a way that is best.} [Quran 29:46] Scholars interpreted this phrase into two ways:
First: there should be no disputing during performing the rituals of Hajj. This condemns the practices of the Arabs in the pre-Islamic era as they used to get into situations during Hajj, disputing that each one's station was the true Station of Ibraaheem (Abraham), may Allah exalt his mention. This verse was an elaboration and determination for the matter. Therefore, the verse forbids disputing over the rituals of Hajj, as stated by At-Tabari

.
Second: Disputing here refers to arguing. Ibn Mas‘ood, may Allah be pleased with him, said, “Disputing during Hajj takes place when a pilgrim argues with his companion and makes him angry.”
Scholars have agreed that studying knowledge and discussing it do not fall under the prohibited disputing. They also have agreed that arguing taking place during forbidding evil and establishing the boundaries of Islam is not of the prohibited disputing. The prohibited disputing, however, is the one which leads to quarrel, anger, insults and acts which contradict the sanctity of Hajj.
Allah The Almighty Says (what means): “And whatever good you do - Allah knows it.” This means not to do what one is forbidden from doing and doing the good deeds that one is commanded to do. Therefore, whatever good or evil one does, Allah is aware of it. Surely, nothing in the heavens or on earth is hidden from Allah The Almighty. The verse encourages doing good deeds after forbidding doing bad deeds.
Allah The Almighty Says (what means): “And take provisions, but indeed, the best provision is fear of Allah.” Provision literally refers to the food that a traveler takes as a supply in his travel, but it is moreover a metaphor which signifies doing much goodness in preparation for the Day of Resurrection. Allah likens this to the preparation of the traveler as a way of calling death a travel or departure. The verse points out that fearing Allah is the best provision with which a slave prepares for his travel, whether in this life or in the Hereafter. There is also no harm in understanding the provisions literally, such that it means taking provisions for travel for Hajj, bearing in mind that fearing Allah is the best of one’s provisions.
We ask Allah The Almighty to supply us with piety in our travel and with the goodness that He approves.