Virtues of the First Ten Days of Thul-Hijjah 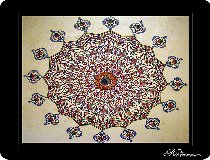 Allah The Exalted alone is the creator of this universe, and none but Him is entitled to choose how this universe should be run and ruled. Allah The Almighty says (what means):{And your Lord creates what He wills and chooses; not for them was the choice. Exalted is Allah and High above what they associate with Him.} [Quran 28-68]

Allah The Exalted rendered certain places and periods of time more honorable and superior to others because they cause rewards to be multiplied many times therein. This is part of His mercy towards His slaves. This is to encourage us to do more righteous deeds and to be more eager to worship Allah, so that all Muslims would compete with each other in doing righteous deeds so as to attain such great blessings.
Among these great opportunities is the golden opportunity of the first ten days of the month of Thul-Hijjah. Allah The Exalted distinguished and dignified these blessed days with countless great virtues and characteristics. Allah The Almighty confirms the distinguished virtues of these days by swearing an oath by them, and swearing an oath by something is indicative of its significance and great benefit. Allah, the Almighty says (what means):{By the dawn, and [by] ten nights, and [by] the even [number] and the odd.} [89:1-3] Many scholars suggest that the “ten nights” mentioned in this verse the nights of the first ten days of Thul-Hijjah.
Moreover, The Prophet,

, testified that these days are the greatest days in this life, and that doing righteous deeds during such virtuous days is better rewarded than deeds done in any other day of the year. Ibn ‘Abaas, may Allah be pleased with him, narrated that the Prophet,

, said: "There are no days when righteous deeds are more beloved to Allah than these ten days."The people asked,"Not even Jihaad for the sake of Allah?"He said:"Not even Jihaad for the sake of Allah, except in the case of a man who went out giving himself and his wealth [in the cause of Allah] and came back with nothing." [At-Tirmithi and its original narration is mentioned in Al-Bukhari]
Furthermore, Ibn ‘Umar, may Allah be pleased with him and his father, reported that the Prophet,

, said: "There are no days greater in the sight of Allah and in which righteous deeds are more beloved to Him than these ten days, so during this time utter much Tahleel ("La ilaaha ill-Allah"), Takbeer (“Allahu Akbar”) and Tahmeed (“Alhamdu-lillaah”)."[Ahmad]
These blessed ten days include the Day of `Arafah. It was narrated on the authority of ‘Aa'ishah, may Allah be pleased with her, that the Prophet,

, said:“There is no day in which Allah frees a greater number of His slaves from the Hellfire than the Day of `Arafah. Allah comes close [to His slaves] and boasts about them to the angels, then asks (a rhetorical question), ‘What do these slaves seek?’”[Muslim]
The Day of ‘Arafah is a day in which Allah The Exalted forgives our sins; fasting on that day expiates the sins of two years.
Those blessed days include the Day of An-Nahr (the Day of
slaughtering the sacrificial animals); the 10th day of Thul-Hijjah) which is the greatest day in the sight of Allah The Exalted; the Prophet,

, said:"The best day to Allah The Almighty is the day of An-Nahr then the day of Al-Qarr (the 11th day of Thul-Hijjah)." [Abu Daawood]
Such a great and distinguished status of these days is due to the fact that they witness the performance of the fundamental acts of worship: prayer, fast, charity, and Hajj. These days are the only ones that witness these acts of worship together, since it is the only time of the year when Hajj is performed.
Scholars debated whether these 10 days are better or the last ten days of Ramadan. The best that has been said regarding this issue is that the ten days of Thul-Hijjah are the best days ever; whereas the last ten nights of Ramadan are the best nights ever. Since the first includes the best days ever i.e. the day of An-Nahr, the day of ‘Arafah, and the day of Tarwiyah (8th Thul-Hijjah 8).  Meanwhile the latter includes the best night ever, which is the night of Al-Qadr.
There are numerous righteous deeds that all Muslims should do especially in these honorable days at the top of which come turning  to Allah The Exalted in sincere repentance,  full obedience to the orders of Allah, and eschewing all that He Has forbidden. Allah The Almighty Says (what means): {…And turn to Allah in repentance, all of you, O believers, that you might succeed.} [24:31] All three conducts are a must for a Muslim at all times.
These great days witness the holy season of Hajj which is one of the greatest righteous deeds in Islam. A Companion asked the Prophet,

, “What is the best righteous deed?” The Prophet,

, answered: “Believing in Allah The Exalted and His Messenger.”The man asked, “Which is next?” The Prophet,

, added: “Jihaad in the cause of Allah The Almighty.”The man asked, “Which is next?” The Prophet,

, answered,“An accepted Hajj (Mabroor).” [Al-Bukhari and Muslim]
Any Muslim who is physically and financially able to perform Hajj should perform this great act of worship seeking the reward from Allah The Almighty. Performing Hajj is the best righteous deed that Muslims can do during these blessed days.
One of the most important acts of worship that Muslims can do during these days is adhering to the performance of obligatory acts of worship perfectly and duly. It was narrated on the authority of Abu Hurayrah, may Allah be pleased with him, that the Prophet,

, reported in a Hadeeth Qudsi (Sacred Hadeeth) that Allah The Exalted said: “…No servant of Mine can draw near to Me with anything (i.e. act of worship) that is more beloved to Me than the religious duties I have enjoined upon him(/her)..."[Al-Bukhari]
However, after performing obligatory acts of worship duly and complying with various obligations, Muslims should offer more supererogatory acts of worship and recommended deeds. A wise Muslim should seize this opportunity and do more righteous deeds than he usually does and do what he could not do at any other time. Muslims should make sure that their entire time during such great season of mercy and reward would be full of various acts of worship such as praying, reciting the Holy Quran, supplication, charity, dutifulness to one's parents, enjoining good and forbidding evil, treating people kindly, fulfilling people’s due rights, and the like of the countless good deeds.
It is worth mentioning that Thikr (remembering and mentioning Allah) is one of the acts of worship whose great value and significance during those blessed days are underlined in many texts.  Allah The Almighty Says (what means): {That they may witness benefits for themselves and mention the Name of Allah on known days over what He has provided for them of [sacrificial] animals.} [22:28]
The majority of scholars suggested that the days that were mentioned in the previous verse are the first ten days of Thul-Hijjah, and Thikr is recommended on such great days as was previously mentioned in the narration that reads:“… So during this time utter much Tahleel ("La ilaaha illallaah"), Takbeer (“Allahu Akbar”) and Tahmeed (“Alhamdulillah”)."[Ahmad]
Moreover, it is an act of the Sunnah for men to utter the Takbeer loudly in the mosque, at home, in the street, and in the market starting from the first day of Thul-Hijjah until the time of the ‘Asr prayer of the last day of Tashreeq (13th of Thul-Hijjah). However, women should utter Takbeer in a low voice. This is done to announce the Glorification of Allah The Exalted. Sadly it is an abandoned act of Sunnah but Muslims have to revive it during these honorable days. It is reported that Ibn ‘Umar and Abu Hurayrah, may Allah be pleased with them, would go to the markets on these days in order to utter Takbeer loudly so that people at the market would do the same.
As for the time-restricted Takbeer after the due (obligatory) prayers, Muslims should recite Takbeer from the dawn of the day of ‘Arafah until the time of ‘Asr prayer of the last day of Tashreeq (13th of Thul-Hijjah). Allah The Exalted Says (what means): {…And remember Allah during [specific] numbered days…}[2:203]
Moreover, the Prophet,

, said: “The
days of Tashreeq are days of eating, drinking, and reciting Thikr.”[Muslim]
Furthermore, fasting is one of the most important acts of worship to be done on those 10 days; besides the fact that it is a significant act of worship that Muslims should do all the year round, there are various narrations that assert the importance of fasting during the first ten days of Thul-Hijjah. It was narrated on the authority of Hafsah, may Allah be pleased with her that she said: “There are four things (acts of worship) that the Prophet

, forbade us from fasting on ‘Eed day. Imaam An-Nawawi

, was asked upon fasting the day of ‘Arafah, he answered: “It expiates the sins of the past year and the present year.”  [Muslim]
Offering Udh-hiyah (the `Eed sacrificial animal) is a good righteous deed to be done in such great days. In fact, it is a confirmed Sunnah for Muslims who are financially capable of offering it. Moreover, some scholars considered it as an obligation for such people. Besides, the Prophet,

, would do so.
These were the most important acts of worship, but not all, to which Muslims should adhere. There are countless acts of worship that one can do, visible and hidden ones that can be observed to attain the contentment of Allah The Exalted. Muslims, whom Allah The Almighty has blessed with success should recognize such great virtues of these great days. Consequently, they should spare no effort in performing more acts of worship during these blessed days trying to refrain from being busy with everyday life cares.
We should seize these precious moments before they are gone; anyone upon whom Allah The Exalted has bestowed the blessing of doing righteous deeds and sayings good things is truly the happy person.