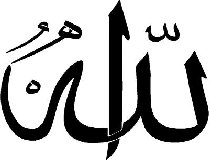 If we wanted to describe the religion of Islam in one word, we would say that it is the religion of Tawheed (Monotheism). The basic rule of this religion is to worship Allah The Almighty Alone, direct oneself towards Him and fight all types of Shirk (associationism) so that worship would be acknowledged for Allah Alone and the earth would be purified from all kinds of Tawagheet (false deities). All deeds, if mixed with anything of Shirk, turn to a dust dispersed .

Nowadays, when humanity seems overcome with all types of Shirk and submission to things other than Allah The Almighty and people are ignorant of the Religion of Allah in all aspects of life, Islam emerges as a guide for rescuing them from deviation and going astray.
Hajj is one of the greatest rituals of Islam that represent Tawheed. It brings to the mind memories of Prophet Ibraaheem (Abraham), may Allah exalt his mention, who destroyed the idols so that worship would be acknowledged for Allah Alone. He left the country of the idols and migrated to His Lord. He is the one who named us Muslims before and he is the one who built, along with his son Ismaa‘eel (Ishmael), may Allah exalt his mention, the first House established for worshipping Allah alone. During Tawaaf (circumambulation), Sa‘y (going seven circuits between Safa and Marwah), standing at ‘Arafah and throwing the pebbles, Tawheed becomes evident and all the invocation is to Allah (Labbayka La Shareeka Lak…) "O Allah ! I hasten to You. You have no partner. I hasten to You."
In Jaahiliyyah (pre-Islamic era of ignorance), the Arabs used to say, "Labbayka La Shareeka Lak Illa Shareekan huwa lak Tamlikuhu wa ma malak." ("O Allah! I hasten to You. You Have no partner except one partner that you own and all which it owns.") This is why one of the Companions described the Hajj of the Prophet

when he assumed the state of Ihraam from Thul-Hulayfah by saying, "He started by Tawheed." He meant Talbiyah.
The most precious thing the Muslim owns is his pure creed that he should adhere to even if all the people on earth deviate from it. There are attempts to “modernize” Islam and give up part of it in return for gaining acceptance and acknowledgement of the West or its satisfaction with us.
The Messenger of Allah, Ibraaheem, may Allah exalt his mention, is the one who determined our identity, it is the religion of Islam and we do not have any other identity. The mere idea of giving up anything of our identity means that we will start losing our strength and civilization. Sharee‘ah (Islamic legislation) guarantees for us a peaceful, fulfilled existence in this age if we understand Islam.
However, giving up our identity because of our ignorance of what is lawful and what is prohibited under Sharee‘ah is the great calamity. We still hear some people calling for renewing the "Usool Al-Islam" (the fundamentals of Islam) which means developing the principles of Islam so that it would suit this age. They did not know that adhering to principles and sticking to them is what gives us strength when confronting our enemies and that the dangers that Muslims, especially the Arab region, face can only be overcome by uniting under the banner of Tawheed.
Indeed, the one who understands this religion and knows its details would realize that it is a moderate religion between strict and permissive ones. This religion of monotheism is a tolerant one and Ahlus-Sunnah represents a moderate group among the Islamic schools. The one who does not know the status of Ahlus-Sunnah might think that they adopt a literal approach, stick to the texts and do not comprehend the implications of the Quran and the Sunnah (tradition). However, this is because people do not understand the reality of the comprehension of Ahlus-Sunnah and their methodologies in deducing and thinking. The reality is that extremism can never bring the reformation of the creation. Thus, how did Islam and the school of Ahlus-Sunnah remain? It would not have survived if it had not carried the seeds of its survival. This is out of the protection of Allah The Almighty.
During the Hajj rituals another noteworthy matter becomes clear, which is the unity of Muslims. During the time of Hajj, Muslims from all over the world gather. Does not this indicate unity that we see and feel but is not yet achieved in reality even among people of the same methodology, despite the fact that this unity serves the interests of religion and the worldly life and there are many texts that enjoin it and forbid us from doing otherwise? The Prophet

said: "Do not ask me about something as long as I do not speak about it, because those who were before you were destroyed because of their frequent questions and their disagreement with their prophets." (Saheeh Al-Jaami‘ As-Sagheer 3/156(
Despite all this, the idea of unity is still weak and has not come to application yet. The reason for this is the lack of insight regarding the ramifications of Muslim unity and the fact that people aspire to attain quick temporary and superficial gains, which neither nourish nor avail against hunger.
Actually, Ahlus-Sunnah are invited, now and more than ever, to show one of the characteristics of Islam which is gathering people on one religion. If the European and American West are now alone on the arena without having any competitors in the form of eastern Communism, they know and declare that the competitor now is Islam. If we are not able to unite under the banner of Tawheed, we will simply remain a number that they have called us: "The Third World.”