Medical Tips for the Pilgrim 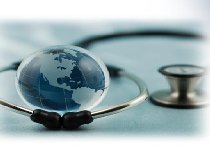 Allah The Almighty made it obligatory upon His slaves to perform Hajj once in a lifetime, as He Says (what means): {And [due] to Allah from the people is a pilgrimage to the House -- for whoever is able to find thereto a way. But whoever disbelieves -- then indeed, Allah is free from need of the worlds.} [Quran 3:97]

Hajj is an act of obedience to Allah The Almighty, purifies the soul and removes the sins and faults of the slave of Allah The Almighty. It is like a comprehensive Islamic conference to which people from all parts of the world travel.
Here we will quickly shed light on some important medical tips, since this massive gathering of people could be an easy prey to different diseases and epidemics. Therefore, it is necessary for the pilgrim to know how to protect themselves and safeguard their health.
We will start with the most common diseases in the Hajj season which all occur due to one reason, which is overcrowding:
·         Cold and Flu:
It is caused by various viruses. Prevention is possible by avoiding
sudden change in temperature, direct exposure to air-conditioners, sneezing and coughing in close proximity to others, throwing used handkerchiefs in inappropriate places, and avoiding touching infected people as much as possible. Moreover, a physician should be consulted as soon as one feels any of the symptoms.
·         Inflammation of the upper respiratory tract:
This inflammation occurs due to either lack of personal hygiene or infection by microorganisms; and in both cases it occurs due to reasons similar to the aforesaid ones. Nevertheless, preventive measures must be applied with greater strictness. In very few cases, secondary infections like pneumonia could occur, which is more serious and needs treatment for a longer duration.
·         Inflammation of the stomach and intestines:
The reasons behind this type of inflammation are contaminated food, and infection by parasitic, viral or bacterial microorganisms. Its symptoms are nausea, vomiting, abdominal pains, frequent diarrhea and in some cases headache and high temperature. Prevention entails taking care of both general and personal hygiene: washing hands frequently, washing fruits and vegetables, avoiding eating undercooked foods which could be contaminated, or consuming milk and dairy products without verifying the degree of sterilization and the date of expiry as well as having food and drinks in unclean or pre-used containers. One should also use clean water from its main sources which have been supervised by health authorities.
·         Intertrigo (Rash):
This occurs as a result of excessive sweating and constant friction of the skin folds. This causes rash and redness of the skin, particularly for those who are overweight. This mostly occurs between the thighs, underarms and under the breasts in women. Prevention needs trying to lessen sweating and friction by avoiding walking for long distances in the heat as much as possible, wearing long underwear to prevent friction, (after ending the state of Ihraam (sacral state), using cold water to wash the area exposed to friction and using certain prescription drugs and medicated creams.
·         Heel Fissures:
This is a result of continuous walking in sandals which keep the heels uncovered and expose them to dust. This leads to the dryness of the horny layer of the skin and then to cracking. Prevention entails washing and drying the feet well, wearing socks (after ending the state of Ihraam), as this reduces exposure to dust, stepping with the whole foot on the ground and using moisturizing creams.
·         Acute renal pains and colic:
Due to loss of fluids and exposure to severe heat, some people might develop acute renal colic and renal stones. This also could occur due to increase of salt deposition in the urinary tract due to increase of concentration of the urine, particularly in those who are prone to developing this condition.
To avoid such pains, pilgrims should drink fluids in large amounts, not less than 3 to 4 liters a day, avoid exertion that leads to heavy sweating and going out in severe heat as much as possible, and visit a physician when the symptoms occur. Those who are prone to developing renal stones should follow the medical instructions.
·         Causes of high temperature, fatigue, heatstroke and hyperthermia:
The chief reason behind this is exposure to direct heat and sunlight.
Symptoms usually start with simple exhaustion, then comes the stage of heat fatigue, which occurs in most cases of heatstroke. This could be accompanied by a headache, weakness, dizziness, nausea, lack of appetite and sometimes a tendency to lose consciousness. The most serious condition is accompanied by fever or hyperthermia. Symptoms start due to a disturbance in the mechanism of sweating which is a result of a malfunctioning heat regulatory system. Therefore, the patient may feel a headache, dizziness, fainting and abdominal pain, and then lose consciousness.
A pilgrim can prevent this by avoiding exposure to intense heat as much as possible, using umbrellas, tents and barriers to prevent direct exposure to the sun, drinking water and fluids, in order to replace the minerals and electrolytes lost by sweating. Immediate treatment is required as soon as the symptoms of heatstroke occur.
General medical tips:
·         Follow the health instructions, particularly those related to general and personal hygiene.
·         Have clean and properly packed food, liquids, dairy product and beverages.
·         Avoid exposure to heat and direct sunlight as well by using umbrellas and shields. One should expose himself to air conditioning in a suitable manner and without exposing oneself to it directly.
·         Wet the body and head, face and limbs with cold water from time to time during summer.
·         Consult a physician and visit the nearest medical centers as soon as one feels any exhaustion or fatigue or symptoms of illness to take remedial and preventive measures at an early stage.
·         Give due attention to the symptoms and transfer the patient to the nearest health center or hospital immediately, especially in cases of hyperthermia. A patient should be put in a cold environment and cold compresses should be used.