Self-discipline – the path to bliss 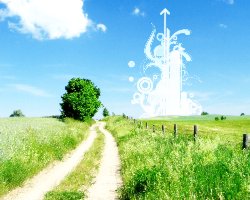 A person in this worldly life is in an ongoing struggle against adversaries, both visible and unseen, though the latter may sometimes be more destructive than the former. Therefore, one should always be alert and cautious. In fact, a person’s own self is his or her most hostile enemy that incites him or her to satisfy every whim and obtain every pleasure, even if it violates the commands of Allah The Almighty and His Messenger.

, said: "Should I inform you of the [true] believer? [He is] the one who people trust with their wealth and lives. As for the [true] Muslim, it is he who avoids harming Muslims with his tongue and hands. Whoever strives against the desires of his self in order to obey Allah is a [real] Mujaahid; and the Muhaajir (emigrant) is he who abandons all what Allah has forbidden." [As-Silsilah As-Saheehah, Albaani: 549]
Therefore, as Ibn Battaal

said: "Striving against one’s self is the most perfect type of Jihaad, as Allah The Almighty admiringly mentions, Saying (what means): {But as for he who feared the position of his Lord and prevented the soul from [unlawful] inclination…} [Quran 79:40] This is achieved by preventing oneself from committing acts of disobedience, avoiding doubtful matters and abandoning excessive enjoyment of lawful desires in order to revel in them on a greater scale in the Hereafter, where they will be in abundance for him."
Degrees of Jihaad
Some reputable scholars have stated that there are four levels of exercising self-discipline:
-      Firstly, in increasing knowledge of matters pertaining to religion.
-      Then, in striving to act according to what one learns.
-      Next, in teaching the ignorant what a person has come to know.
-      Finally, in calling others toward the monotheistic belief in Allah The Almighty and in fighting those who oppose His religion and deny His favors and bounties.
Means of self-control
In this internal struggle, a Muslim requires resources in order to protect him/herself against the base desires of the self; these are:
1-    Perseverance: this is the most powerful weapon a Muslim can employ in his or her quest for self-discipline. Whoever is determined to overcome his or her fancies, desires and evil companions, will be able to control him/herself and boost his/her self-esteem, thereby overcoming and gaining victory over them. On the other hand, a person who becomes easily vexed and impatient in demonstrating restraint, is defeated and subjugated, and becomes a slave to the devil accompanying him and his or her desire.
Ziyaad ibn Abi Ziyaad, a freed slave of Ibn ‘Ayyaash

would often confront himself in the mosque, saying: "What do you want? Where do you want to go? Is there a place better than this mosque that you want to go to? Take a look at what is inside [here]. Do you want to look at the houses of so-and-so instead?" He would also address his soul reproachfully, saying: "You have no food other than this bread and oil, and no clothes besides these two garments, and no other wife but this old woman. So, would you prefer to die?" He

then said: "[I felt that] it replied: 'No, I shall be patient with this lifestyle’."
Similarly, when Maalik ibn Dinaar

used to wander in the market and spot something that he liked, he would say to himself: "Be patient; by Allah, I only prevent you [from that] to preserve your dignity."These are examples of some righteous people who exercised self-discipline by displaying patience and perseverance.
2-    Adopting a self-critical attitude: this is one of the means that enables a person in controlling him/herself. When a person realizes his or her own true nature, he or she would not incline or surrender to it, but rather evaluate it often. Indeed, how could a person have good expectations of a bitter enemy who waits for the opportunity to suddenly attack him or her, as Allah The Almighty Says (what means): {"And I do not acquit myself. Indeed, the soul is a persistent enjoiner of evil, except those upon which my Lord has mercy.} [Quran 12:53]
That is why when Abu Bakr appointed ‘Umar, may Allah be pleased with them, as his successor, he advised him saying: "The first thing that I warn you against is your soul that is contained within your two sides."
3-    Supplicating to Allah The Almighty, resorting to Him and seeking His assistance through prayers: this is perhaps one of the greatest factors in helping maintain self-control. Rabee‘ah Al-’Aslami, may Allah be pleased with him, narrated: "I used to spend the night with the Prophet

; I would bring him water for his ablution and other necessities. He said to me: 'Ask of me.' I said: 'I request your company in Paradise.' He said: 'Is that the only thing you ask for?' I said: 'That is it.' He said: 'Help me [in making that possible] for you, by performing frequent prostrations [to Allah The Almighty].'”
Self-discipline brings about goodness
When Allah The Almighty helps His slave succeed in his or her ability to control his or her self, that person will have attained an everlasting victory after which he or she will know no loss. However, if he or she fails and is defeated, his failure would be profound.
The Messenger,

, said: "Satan places obstacles in every way the son of Aadam undertakes to obey Allah. He obstructs his way to Islam, saying: 'Will you adopt Islam and abandon your religion and the religion of your father and grandfather?’ Yet, he disobeys him and embraces Islam. Then, he hinders his path to doing Hijrah (emigration), saying: 'Will you emigrate and abandon your land and sky? Surely, an expatriate [lives] like a tethered horse.’ However, [the man] defies him and emigrates. [Satan] then thwarts his attempts to perform Jihaad and says: 'Will you do Jihaad and sacrifice your life and wealth, when you could be killed, your wife will get married to someone else and your wealth will be divided [amongst your heirs]?’ Still, he goes against him and performs Jihaad.” The Prophet,

, added: "Hence, Allah has made it a right upon Himself to admit such a man into Paradise. Whether he drowns or is cast off his mount [on his path of Jihaad], Allah will let him in Paradise."
Our beloved readers, let us then practice self-discipline in learning the religion of Allah The Almighty, acting accordingly, calling others to embrace it and undertaking Jihaad for its sake, in the hope of being among those who attain success.