The purpose of good morals - I 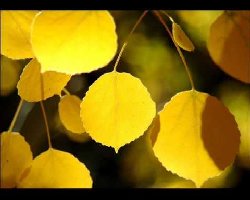 Pleasing Allah The Almighty is the purpose behind our words, actions, movement, stillness, and even our refraining from vices and adopting virtue. The purpose of good morals is also to refine and purify our souls so that they would then be worthy of being called through the gates of Paradise with (what means): {Peace be upon you; you have become pure; so enter it to abide eternally therein, [they will enter].} [Quran 39:73]

Allah The Almighty has made eleven consecutive oaths that only those whose hearts are refined and pure are the ones who deserve to enter Paradise and be safe from Hell where He Says (what means): {By the sun and its brightness. And [by] the moon when it follows it. And [by] the day when it displays it. And [by] the night when it covers it. And [by] the sky and He who constructed it. And [by] the earth and He who spread it. And [by] the soul and He who proportioned it. And inspired it [with discernment of] its wickedness and its righteousness. He has succeeded who purifies it, And he has failed who instills it [with corruption]} [Quran 91:1-10] Adhering to moral behavior brings about happiness to the individual and the whole society, both in this life and the Hereafter. Belief in Allah The Almighty and the Hereafter does not mean that people should abandon their lives and dwell in run-down places as some Sufis do. Also, progress, urbanization and advancement do not mean that people have to disbelieve in the Creator of the heavens and the earth and indulge in prohibited desires, as is the case in the materialistic West. In this regard and also concerning other matters, people are radically divided into two opposing groups; extremism and negligence, overstating and alienation, or excessiveness and apathy. Justice is the foundation of sovereignty on which the heavens and the earth are based.
Al-Ghazzaali

said, “No person can draw near to Allah The Almighty except through refraining from desires and pleasures and enjoying only what is necessary from these things.” This is a valid saying when these desires and pleasures are prohibited. Otherwise, we dare not prohibit lawful things or limit what Allah The Almighty has clearly made lawful for people. Also, we cannot permit what He has prohibited. Allah The Almighty Says (what means):
•{O mankind, eat from whatever is on earth [that is] lawful and good.} [Quran 2:168]
•{O children of Aadam (Adam), take your adornment at every Masjid, and eat and drink, but be not excessive. Indeed, He likes not those who commit excess. Say: “Who has forbidden the adornment of Allah which He has produced for His servants and the good [lawful] things of provision?” Say: “They are for those who believe during the worldly life [but] exclusively for them on the Day of Resurrection.” Thus, do we detail the verses for a people who know.} [Quran 7:31-32]
Some people would say that the enjoyment of delusion is what distracts the person from seeking the Hereafter. However, what does not distract him from seeking the Hereafter is an enjoyment that helps him attain a more beneficial objective. Thus, this worldly life is not dispraised due to its time or place; rather, it is people's actions that contradict the Sharee‘ah that are dispraised in this worldly life. Indeed, this worldly life must also flourish by obeying Allah The Almighty and establishing a civilization that is built on the methodology of the Prophet,

. We must abide by the teachings of Islam in all cases and at all times and give it precedence; lawful things are what Allah The Almighty made lawful, and prohibited things are what He made prohibited. Our religion is what Allah The Almighty ordained for us, and we should only say: {We hear and we obey. [We seek] Your forgiveness, our Lord, and to You is the [final] destination.}[Quran 2:285]
Good Morals and Worship
In Islam, worship is a comprehensive term that refers to what Allah The Almighty loves and is pleased with, of both apparent and inner, words and actions. Prayer, fasting, pilgrimage, Zakah (obligatory charity), enjoining good and forbidding evil are all acts of worship. Also, Jihaad against the disbelievers and hypocrites, behaving kindly towards neighbors, orphans, needy people and travelers, leniency compassion, supplications, remembrance of Allah The Almighty and recitation of the Quran are all acts of worship. The concept of worship also includes love of Allah The Almighty and His Messenger, fear of Him, returning in repentance to Him, devoting one's religion sincerely to Him, patience upon His decision, being grateful for His blessings, contentment with His decree, reliance on Him, hoping for His mercy and fear of His punishment. This is because worship comprises utmost love with full submission and humility to Allah The Almighty. This is the purpose for which Allah The Almighty created all His creatures, for He Says (what means): {And I did not create the jinn and mankind except to worship Me. I do not want from them any provision, nor do I want them to feed Me. Indeed, it is Allah who is The [Continual] Provider, The Firm Possessor of strength.} [Quran 51:56-58]
It is wrong to think that worship is restricted to prayers, fasting and pilgrimage. On the contrary, worship includes all aspects of Islam, whether political, economic, social or moral. It encompasses all walks of life, as Allah The Almighty Says (what means): {Say, “Indeed, my prayer, my rites of sacrifice, my living and my dying are for Allah, Lord of the worlds. No partner has He. And this I have been commanded, and I am the first [among you] of the Muslims.”}[Quran 6:162-163]
In this sense, good and high morals are a part of the religion and a basic foundation of worship. The orders which were mentioned in the Quran and Sunnah concerning acts of worship such as prayers and fasting cannot be separated from the orders pertaining to good morals such as truth and justice. We must venerate the rituals and Sharee‘ah of Allah The Almighty, and say: {We hear and we obey. [We seek] Your Forgiveness, our Lord, and to You is the [final] destination.}[Quran 2:285]
We reject the notion that considers good morals as traditions and customs. Similarly, we reject over-admiration of philosophies, etiquettes and rational theories that contradict Islam, and deeming Sufis and philosophers as pioneers in moral aspects and their foundation. This is because it contradicts truth and reality. Humanity began with the prophet who was Aadam (Adam), may Allah exalt his mention, to whom Allah The Almighty spoke, and he was succeeded by other prophets, as Allah The Almighty Says (what means):
•{And there was no nation but that there had passed within it a warner.} [Quran 35:24]
• {Indeed, the religion in the sight of Allah is Islam.} [Quran 3:19]
There is only one true religion with one origin, but it has various divine laws over which the Islamic Sharee‘ah dominates and rules. All divine laws agree on the five tenets mentioned in Soorah Al-A‘raaf where Allah The Almighty Says (what means): {Say, “My Lord has only forbidden immoralities - what is apparent of them and what is concealed - and sin, and oppression without right, and that you associate with Allah that for which He has not sent down authority, and that you say about Allah that which you do not know.”}[Quran 7:33]

The purpose of good morals - II