The purpose of good morals - II 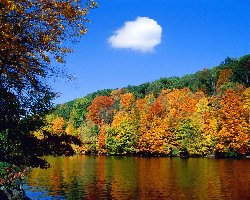 It was narrated in a Hadeeth that the Prophet,

, said: “Faith consists of more than seventy branches, the most excellent of which is the declaration that there is none worthy of worship but Allah, and the humblest of which is the removal of what is harmful from people’s way. Bashfulness is [also] a branch of faith.” [Al-Bukhari and Muslim]
Thus, faith is divided into branches, and increases by obedience and decreases by committing sins. Accordingly believers vary and have different degrees of faith. Knowing that modesty is a branch of faith, means then that lack of modesty is a branch of disbelief. Similar to this is telling lies and treachery. There are many narrations indicating that good morals and faith are strongly connected. Once the Prophet,

, was asked who was the most excellent among the Muslims; he,

, said: “He from whose tongue and hands the Muslims are safe.” [Muslim]
The Prophet,

, also said:“Do not envy one another; do not hate one another; do not harbor malice against one another and do not override sale transactions of one other. Rather, be you, O slaves of Allah, as brothers. A Muslim is the brother of another Muslim; he neither oppresses him, nor does he humiliate him, nor does he look down upon him. Piety is here, [and he pointed to his chest three times]. It is enough evil for a Muslim to hold his brother Muslim in contempt.” [Muslim] There are also many Hadeeths to that effect.
Shaykh-ul-Islam Ibn Taymiyyah

said: “Beware! There is a piece of flesh in the body which, if it becomes good [reformed] the whole body becomes good, but if it gets spoilt then the whole body gets spoilt. Indeed, it is the heart.”[Al-Bukhari and Muslim]
Therefore, faith is a principle that forms moral and social values. It is also the source of all moral obligations, since it dominates all of man's instincts and desires as well as his feelings and motives. Faith requires both words and actions. Good morals are also words and actions that are associated with faith, as it includes righteousness, guidance, piety, Islam and insight. It also involves beneficial knowledge and righteous deeds.
Good Morals and Human Nature
Good morals conform to sound minds and the innate disposition of man, with which messengers were sent and Books were revealed. Allah The Almighty Says (what means): {So direct your face toward the religion, inclining to truth. [Adhere to] the Fitrah [sound disposition] of Allah upon which He has created [all] people. No change should there be in the creation of Allah. That is the correct religion, but most of the people do not know.}[Quran 30:30] Allah The Almighty created the hearts of the children of Aadam, may Allah exalt his mention, ready to accept the truth, and through this innate belief one can prove the existence of his Lord, Allah The Almighty, recognize His Sharee‘ah and believe in Him. The Prophet,

said: “All children are born with an innate belief [Islam] and then his parents make him Jewish, Christian or Magian.” [Al-Bukhari]
A slave on his way to knowing Allah The Almighty should take into consideration that the conflict between good and evil is ancient, and that there are unaltered courses of challenge between faith and disbelief, and between the people of the straight path and those who have evoked the wrath of Allah The Almighty, those who are astray and those who are the advocates of manmade methodologies. From another angle, man is in a continual struggle between Satan, his desires and his soul that commands him to commit evil. This has a far-reaching effect on man's morals and behavior, and this is the core of life's trials. Allah The Almighty Says (what means): {Indeed, We have made that which is on the earth adornment for it that We may test them [as to] which of them is best in deed.} [Quran 18:7]
It is believed that man has a soul that could be of three types: one that commands evil, a self-reproaching one, and an assured one. The correct view is that this is one soul that has three different states. Sometimes it enjoins evil and urges evil and wickedness, and Satan is the companion of that soul. At other times, it may be a self-reproaching soul that rebukes the person for doing or abandoning particular actions, and this soul is said to be the one with which Allah The Almighty makes an oath in the Quran, where He The Almighty Says (what means): {And I Swear by the reproaching soul [to the certainty of resurrection]} [Quran 74:2] In some cases, the soul becomes a reassured one that Allah The Almighty inspires with piety. It rebukes the person for doing bad deeds and drives him to repentance and asking for forgiveness. The companion of that soul is the angel who corrects it and brings it success. It is mentioned in the Quran, where Allah The Almighty Says (what means): {[To the righteous it will be said]: “O reassured soul, return to your Lord, well-pleased and pleasing [to Him], and enter among My [righteous] servants, and enter My Paradise.”} [Quran 89:27-30]
To conclude, a person should invoke his Lord, Allah The Almighty, to reform
him and supplicate Him saying, “Allahummma aslih li sha‘ni kullahu wala takilni ila nafsi tarfata ’ayn, walaa ila ahadin min khalqik. Allahumma aati nufoosana taqwaaha wa zakkiha, anta khayru man zakkaaha anta waliyyuha wa mawlaaha.”(O Allah! Reform all my affairs and do not entrust me to myself for a twinkling of an eye, or entrust me to any of Your creatures. O Allah! Make our souls pious and pure. You are the best one to purify it and the best Guardian and Protector.)
The purpose of good morals - I