The Inner Dimensions of Hajj - I 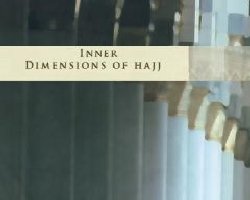 Allah The Exalted Says (what means): {Hajj is [during] well-known months, so whoever has made Hajj obligatory upon himself therein [by entering the state of Ihraam], there is [to be for him] no sexual relations and no disobedience and no disputing during Hajj.} [Quran 2: 197]

In a Hadeeth (narration), it is narrated that the Prophet,

, was asked, "What is the best deed?" He replied: "To have faith in Allah and His Messenger." The enquirer asked, "What next?" The Prophet,

, said: "To perform Jihaad for the Sake of Allah." The enquirer asked, "What next?" The Prophet,

, said: " To perform an accepted Hajj." [Al-Bukhari]
The aforementioned Quranic verse as well as the Propeht's Hadeeth teaches a lesson which opens a great door before the Muslim in Fiqh (Islamic jurisprudence). We currently need this understaning more than any time before. It is the methodology of arranging the Muslim mind-set or “Fiqh of Priorities”. It is also known as “Fiqh of the degrees of deeds”. A Muslim learns from this that deeds have different degrees in terms of reward and excellence and that each deed has a specific time and priority over other deeds. This is known as “dues to be fulfilled with priority in a certain time”.
The Fiqh of priorities means considering the ratio (of priorities) among deeds and Sharee‘ah (Islamic legislation) obligations and this is one means of rearranging the Muslim mindset. Reversion in these ratios causes considerable damage to religion and life. In Islam, the creed takes precedence over deeds; deeds are different to a great deal, they are also different in the sight of Allah The Almighty. Consequently, it is impermissible to give precedence to the voluntary act of worship over the obligatory ones. Likewise, the individual obligation takes precedence over the communal obligation. We should also know that there are issues which are worthier of our concern and therefore we should exert effort and time for them more than other issues. We should know who is worthier of our enemies of our striking power, and focus our attack on that enemy and know which battle is worthier to be fought first.
When he was asked about the best deeds, whether the hardest or those whose benefit extends to others, Ibn Al-Qayyim

indicated that the preponderant view is that there are no deeds which are absolutely the best; rather, for each time there is a certain act of worship which is the best at that particular time. [Madaarij As-Saalikeen]
We should not forget the advice of the Prophet,

, when he arranged the priorities in spending as he said: "Start with those in your charge." [Al-Bukhari]
Likewise, he related to us the clearest example for the consequences of reversing priorities in the story of the devoted worshipper, Jurayj. He gave precedence to a righteous deed which is less weighty than another deed which is weightier. He continued his prayer and did not answer his mother's call three times. She got angry and supplicated Allah The Almighty against him. She asked Allah The Almighty to make him see the faces of prostitutes before his death. Allah The Almighty answered her supplication and a prostitute accused him of adultery and dissolution, but Allah The Almighty saved him due to his repentance and righteousness. [Al-Bukhari and Muslim]
A caller to Allah The Almighty is the most deserving of all people to have a clear, organized mindset. By doing so, he realizes the importance of time, understands his priorities and avoids an unbalanced approach for dealing with different issues. He should not be like the foolish person who, when faced with the pleas of help of a drowning man asks him to first cover his 'Awrah (parts of the body that must be covered) if he wants to be rescued.
Promoting the spirit of discipline:
The blessed journey of Hajj starts from certain places called Mawaaqeet (plural of Meeqaat). They are five places from where pilgrims assume Ihraam (sacral state). It was narrated on the authority of Ibn 'Abbaas, may Allah be pleased with them, that he said, "The Messenger of Allah

made Thul-Hulayfah as the Meeqaat for the people of Al-Madeenah; Al-Juhfah for the people of Ash-Shaam; Qarn Al-Manaazil for the people of Najd; andYalamlamfor the people of Yemen; and these Mawaaqeet are for the people at those very places, as well as for those who come through those places with the intention of performing Hajj and ‘Umrah; and whoever is living within these boundaries can assume Ihraam from the place he starts, and the people of Makkah can assume Ihraam from Makkah." [Al-Bukhari and Muslim]
When one intends to perform Hajj or ‘Umrah, it is not permissible for him to pass through the Meeqaat without assuming Ihraam. If someone passes the Meeqaat without assuming Ihraam, he is required to go back to the Meeqaat in order to assume Ihraam from it. Otherwise, he is liable to slaughter an animal that is to be distributed among the poor of the sanctuary of Makkah.
This particular ritual helps us learn a disciplinary lesson with far-reaching meanings: a Muslim must always be aware of the fact that there are certain limits for each act of worship that should not be transcended. Transcending these limits is dangerous as it is reflected on the soundness of the deed itself, besides rendering it unaccepted by Allah The Almighty.
Discipline has far-reaching consequences on one's Islamic upbringing, which is one of the prominent features of the Islamic methodology that a Muslim should learn. A Muslim has to have this disciplinary spirit and develop it and therefore get used to loving order, discipline, obeying commands and adhering to the limits of each deed and not transcending it. All these aspects are included in the desired disciplinary characteristics.
All the other deeds of the obligation of Hajj are performed in this way and with the same spirit.
Reflect on the fact that this great obligation has four pillars: Ihraam, Tawaaf Al-Ifaadhah, staying at ‘Arafah and Sa‘y between As-Safa and Al-Marwa. Abandoning one of these pillars renders the Hajj invalid.
Reflect also on the fact that there are obligatory actions of this great pillar of Islam. When a pilgrim abandons one of these obigations, he is required to slaughter an animal and distribute it among the poor of Makkah. This is also the underlying spirit of all acts of worship and rituals.
We can take only one example, which is prayer. It has certain conditions, pillars as well as recommended acts. All these deeds are determined by Sharee‘ah (Islamic legislation) texts with no room for human reasoning. It is impermissible to add anything to these acts.
The same holds true for the spirit of all the relationships of a Muslim. There are certain regulations for the Muslim's relations with his Lord, his self as well as his family. They are duties and he is obliged to fulfill them. In a Hadeeth, the Prophet,

The Inner Dimensions of Hajj - II