The 60-Day Project Ahead of Hajj 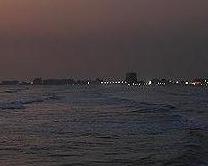 1-   Have you not ever wished to perform Hajj? Do you not want your sins forgiven? Do you not wish to be sinless as on the day your mother gave birth to you? Imagine this great bounty, about which the Prophet,

, said: “Whoever performs Hajj and does not commit any obscenity nor commit any evil, will return as sinless as a new-born child.” [Al-Bukhari and Muslim]
2-   Do you want to have a great reward and limitless bounty, in addition to experiencing what no ear has ever heard, no eye has ever seen and no heart has ever imagined? Certainly yes; then, contemplate the Hadeeth (narration) in which the Prophet,

, said: “(The performance of) ‘Umrah is an expiation for the sins committed between it and the previous ‘Umrah; and the reward of Hajj Mabroor (i.e., an accepted Hajj) is nothing but Paradise.” [Al-Bukhari and Muslim]
3-   Do you not want to be rich? Then, listen to the Prophet,

, who said: “Make Hajj and ‘Umrah follow each other closely, for they remove poverty and sins as a blacksmith's bellows removes impurities from iron.” [Ibn Maajah; Al-Albaani: Saheeh]
4-   Do you want to be among the best of all people on earth and draw closer to Allah The Exalted through doing good deeds? Then, contemplate the answer of the Prophet,

, “O Messenger of Allah! We consider Jihaad as the best deed, should we not, then, go for Jihaad?''The Messenger,

, said: "The best and most beautiful Jihaad for you (women) is Hajj Mabroor (i.e., one accepted by Allah) and then abide in your houses.'' She added, “After hearing that from the Prophet

I can never leave Hajj.”[Al-Bukhari]
The Prophet,

, said: “No Muslim raises his voice with Talbiyah without all on his right and left of stones, or trees, or clods of earth, doing the same till the earth is traversed on both sides.” [At-Tirmithi; Al-Albaani: Saheeh]
7-   Do you not want to be emancipated from Hell and have all your sins forgiven and good deeds multiplied? The Prophet,

, said: “If anyone goes round this House for a week and counts his circuits, it will be like setting free a slave….no one will place one foot on the ground and raise the other without Allah removing a sin from him on account of it and recording a blessing for him on account of it.” [At-Tirmithi; Al-Albaani: Saheeh]
‘Ubayd bin ‘Umayr, may Allah be pleased with him, said, “Ibn ‘Umar used to press towards the two corners in a manner in which I had not seen any of the companions of the Messenger of Allah

press. He said, "If I do so, it is because I heard the Messenger of Allah

say that stroking them is an atonement for sins….”[At-Tirmithi; Al-Albaani: Saheeh]
8-   Do you not like to draw closer to Allah The Almighty and enjoy the bliss of being a close friend of The Lord? {And if the deceased was of those brought near to Allah * Then [for him is] rest and bounty and a garden of pleasure.}[Quran 56:89] ‘
The Prophet,

, said: “There is no day when Allah sets free more servants from Hell Fire than the Day of ‘Arafah. He draws near, then praises them to the angels, saying: What do they seek?” [Muslim]
9-   Do you not want to have your supplication answered? The Prophet,

, said: “The one who is performing Hajj and the one who is performing ‘Umrah are the guests of Allah; He invited them and they responded; then they asked Him and He gave them what they asked for.” [Al-Bazzaar; Al-Albaani: Hasan]
10-               Is it possible that you can be satisfied with deprivation?
Allah, the Almighty, Says in a Qudsi Hadeeth (sacred narration): “The slave whom I have endowed with a healthy body and well-being and then five years pass without him visiting Me, is truly deprived.” [Ibn Hibbaan; Al-Albaani: Saheeh]
Dear brothers and sisters,
The righteous predecessors including the scholars, caliphs and leaders were very keen on performing Hajj as often as possible. The Abbasid caliph, Haroon Ar-Rasheed, used to perform Jihaad one year and Hajj the next. Some righteous people used to express their remorse if they missed Hajj in any year, saying, “If the people have traveled, while we have stayed, and if they have become closer to Allah The Almighty, while we are getting farther from Him, then, how can we be sure that we are not included in the Aayah in which Allah The Almighty Says (what means): {And if they had intended to go forth, they would have prepared for it [some] preparation. But Allah disliked their being sent, so He kept them back, and they were told, "Remain [behind] with those who remain."}[Quran 9:46]”
However, we have a serious problem here, as the Muslims are about 1.5 billion, while pilgrims are no more than five or seven million. So, what should the rest of the Muslims do during the Hajj season? How can they be deprived from all these bounties? Is there any solution to this problem, especially if they face a dead-end and could not find enough provision or a mount to perform Hajj, given the current high cost of Hajj?
Yes, they have a way out, and this is what we will do in this “60-Day Project Ahead of Hajj”. So, we invite all of you, whether you are going to perform Hajj or not, to follow us. Let us perform Hajj this year with our hearts before our bodies through cooperating in achieving the lost meanings of faith.
Take part with us in this project and spread it among all Muslims. Let the attendees tell those who are absent to mobilize the whole Ummah (Muslim nation) to achieve the meanings of worship for which they were created.