Projects for Women During the First Ten Days of Thul-Hijjah 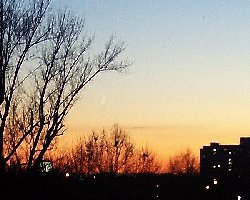 It is narrated that the Messenger of Allah,

Ibn ‘Umar, may Allah be pleased with them, narrated that the Messenger of Allah,

, said: “There are no other days greater in the sight of Allah nor during which the good deeds are more beloved to Him than during these ten days. So, intensify saying Laa Ilaaha illa Allah, Allahu Akbar and Alhamdulillaah.” [At-Tabaraani]
In Al-Fat-h, Al-Haafith

said, “It seems that the reason behind the excellence of the ten days of Thul-Hijjah is that they include the fundamental acts of worship: prayer, fasting, charity and Hajj. This, however, is not available in other seasons.”

Peace, mercy and blessings of Allah be upon you, sisters!

The blessed ten days of Thul-Hijjah came by the bounty of Allah, the most High, the most Powerful, who endows His servants with seasons in terms of time and place for goodness and acts of obedience. So, praise be to Allah The Almighty for this.

Only a wise woman is the one who utilizes these seasons, as they may never come again. Actually, the passing of days and nights diminishes one’s age and therefore one has to work hard, so you have to work on them.
O sister, these days are a repository of goodness and good deeds for us to drink from. So do not sacrifice this season and waste your time in things that have no benefit.
Do not waste these days by shopping and preparing for the ‘Eed. ‘Eed is not for one who wears new clothes; rather, it is for the winner who repented and returned to Allah The Almighty.

The Messenger of Allah,

, said: “There are no days during which doing righteous deeds is more beloved to Allah than during these days [meaning the first ten days of Thul-Hijjah].”
You can reflect deeply on this Hadeeth (narration). The Messenger of Allah,

This means that the opportunity is not restricted to a certain righteous deed. One who is unable to perform the voluntary night prayer can give in charity. One who is unable to give in charity can engage in remembering Allah The Almighty, maintain kinship ties, feed a needy person, smile at other Muslim sisters, or at least take care of her children and obey her husband.

This is not restricted by Sharee’ah (Islamic legislation), so you should not distress yourself. Moreover, you should not belittle any good deed, for what you [might] see as a small deed, Allah The Almighty indeed gives increase to it; and a small stone may support a dam. It is quite probable that a great dam could stand on a rock.

Do not belittle any good deed, and similarly, do not overlook any evil deed! Beware of small sins for they could gather and destroy you.

O sister, the deeds are many, the sustenance is little and the journey is long. So, you should gain your sustenance of good deeds during these days and take into consideration the Hadeeth in which the Prophet,

Do you know how to make easy for yourself any goal that you want to achieve? Put the goal before your eyes always and keep it in mind. A woman who looks forward to Paradise must always put this goal before her eyes and never let it out of her sight.

So, you should start these days considering it a project and means for attaining Paradise and seeing the Most Generous, the Most Giving.
Do you not yearn to see Allah The Almighty? Are your eyes not tired of looking at the television sets, serials and shops? Do you not want to see Paradise, the Prophet,

You even have to determine a certain time of day for doing a deed that you will commit yourself to.

For example: The first day of Thul-Hijjah, I will do the following;
From 5 am to 7 am: recitation of Surah Al-Baqarah, and so on.
A list of righteous deeds that you can arrange according to your priorities:

- saying ‘Laa Ilaaha illa Allah’, ‘Allahu Akbar’ and ‘Alhamdulillaah’.
- performing the voluntary night prayers.
- Reciting the Quran.
- Maintaining kinship ties.
- Being dutiful to parents.
- Performing Hajj and ‘Umrah.
- Providing clothes for the needy.
- Providing food for the poor.
- Providing meals for those who are fasting.
- Remembering Allah The Almighty.
- Fasting.
- Offering the Udh-hiyah (the ‘Eed sacrifice).
- Enjoining what is good.
- Forbidding what is evil.
- Distributing religious tapes and booklets.
- Sponsoring orphans.
- Not harming Muslims.
- Fighting whims and desires.
- Stopping backbiting and tale-bearing.
- Lowering the gaze.
- Visiting the sick.
- Honoring neighbors.
- Supplicating Allah The Almighty in favor of your parents and sisters who are not present.
- Achieving purity of the heart.
- Observing the Shaf‘, Witr and Dhuha prayers.

Turn over a new leaf with Allah The Almighty in the best days of Allah!

It is the greatest opportunity in your life.

It is a tremendous chance!

A chance to earn countless good deeds to make up for the past misdeeds.

A chance to recharge your heart with faith.

So, what have you prepared for these ten days and what will you do with them?

Sister, do you know that a person who does a certain good deed will be recorded as one of its people?
So, you should do all kinds of good deeds and you should not neglect any of them.

So, hasten to utilize hours and preserve time, for you do not know what remains of your lifespan. Repent to Allah The Almighty for wasting time, and know that keenness to do righteous deeds during these blessed days is a form of hastening to goodness and a sign of piety. Allah The Almighty Says (what means):
·        {That [is so]. And whoever honors the Symbols of Allah - indeed, it is from the piety of hearts.} [Quran 22: 32]
·        {Their meat will not reach Allah, nor will their blood, but what reaches Him is piety from you.} [Quran 22: 37]