The Ten Days of Thul-Hijjah: A Blessed Opportunity 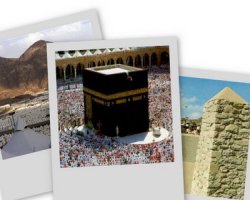 , said: "The best of our days are the (first) ten days (of Thul-Hijjah)"
The Prophet,

, instructed people to perform as many virtuous deeds as possible during this period. He

, encouraged people to exert more effort during them in supplicating Allah The Almighty and mentioning Him.
They include the Day of Tarwiyah (8th of Thul-Hijjah) which is the first day one is encouraged to spend in Minaa to mark the start of pilgrimage.
They include the Day of 'Arafah (9th of Thul-Hijjah) which expiates the sins of two years (the previous and the coming year) for those who fast it (for those not in Hajj).
The reward for good deeds is multiplied during these days. Anas,may Allah be pleased with him, narrated, "It was said that the virtue of every day of the ten days of Thul-Hijjah is equivalent to one thousand days and the virtue of the day of 'Arafah is equivalent to ten thousand days."
They include the rites of Hajj.
They include the Day of An-Nahr (10th of Thul-Hijjah during which people slaughter their sacrificial animals) and it is the greatest day of the year.
Ibn `Abbaas, may Allah be pleased with him, reported that the Messenger of Allah,

, said "There are no days during which the righteous action is so pleasing to Allah than these days (i.e., the first ten days of Thul-Hijjah).''He,

, was asked: "O Messenger of Allah, not even Jihad in the Cause of Allah?'' He,

, replied,"Not even Jihaad in the Cause of Allah, except in case one goes forth with his life and his property and does not return with either of it.'' [Al-Bukhari].
There are many deeds one can perform during these days, and the following is a listing of some of the best deeds one can perform:
·        Fasting: This is the dearest act of worship and it is the only one whose reward has been concealed by Allah The Almighty and He Alone knows it.
·        Charity: This is one act of worship is one that stops the anger of Allah The Almighty. Charity here is meant in its general sense and is not restricted to money. Abu Tharr, may Allah be pleased with him, reported, 'The Messenger of Allah

said: "… There is charity in every ascription of glory to Allah (Subhaanallaah); there is charity in every declaration of His Greatness (Allahu Akbar); there is charity in every utterance of praise of Him (Al-Hamdu Lillaah); there is charity in every declaration that He is the only true God (worthy of worship (La Ilaaha Illallaah)); …".' [Muslim]. Even smiling to your fellow Muslim is considered as charity.
·        Continuously mentioning Allah The Almighty: During these days, one must attach special importance to Tahleel (saying La Ilaaha Illa Allah), Takbeer (saying Allahu Akbar) and Tahmeed (saying Al-Hamdu Lillaah).
·        Udh-hiyah: Slaughtering the sacrificial animal and giving away a third to the poor and the needy is a way to bring joy to their hearts and thus be greatly rewarded.
·        Repentance and stopping sins: Sins are a cause for a person to be distanced from Allah The Almighty and expelled from His mercy. Therefore, if one wants his deeds to be accepted and be rewarded for them, he must refrain from sinning in order to draw closer to Allah The Almighty and thus be worthy of being accepted by Allah. Abu Hurairah, may Allah be pleased with him, said, "The Prophet

said: "Allah, The Exalted, practices Ghayrah (which implies becoming angry), and His Ghayrah is provoked when a person does what Allah has declared unlawful.''' [Al-Bukhari and Muslim].
Allah is The Most Merciful and He likes to give His slaves chances to repent and come back to their senses. Allah The Almighty likes to see His slaves coming close to Him by virtue of performing good deeds. Therefore, Allah The Almighty granted us blessed days every year during which rewards are multiplied. Therefore, we need to take advantage of these seasons and opportunities and make the best of them.