The Miracle of Slaughtering in Islam 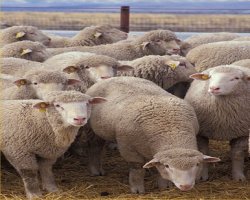 This is a question-answer session with a medical practitioner on the benefits of the Islamic method of slaughtering animals.

-      Question: Dr. John, if the veins that are in the front part of the neck of the animal are cut, what would happen to that animal?
-      Dr. John: Scientifically speaking, when an animal or human has his veins that are found in the front part of the neck cut, he will faint immediately.
To clarify, he said that if someone was strangled, he would suffer extreme dizziness and lack of concentration because it is difficult for the blood to reach the brain, and if the duration of strangling was longer, he will lose sensation and faint.
-      Question: So, cutting the veins that are in the front part of the neck of the slaughtered animal and letting the blood flow outside its body leads to unconsciousness?
-       Dr. John: Yes, definitely.
-              Question: Does the slaughtered animal feel any pain immediately after having its neck cut?
-      Dr. John: Of course not, as it is totally unconscious.
-      Question: Then, why does the animal do such spasmodic movements that give the feeling that it is in pain?
-      Dr. John: This is because when the veins are cut without breaking the bones of the slaughtered animal’s neck, which is exactly the case in the Islamic way of slaughtering, the brain does not receive blood while the cerebrum is still alive and the neurological system that is at the back part of the neck is still linked to all the systems of the body. Thus, the neurological system sends signals to the heart, the muscles, the intestines and all the cells of the body to send blood to the cerebrum. This makes all the cells, intestines and muscles of the body make spasmodic movements to push the blood to the heart which sends the blood to the brain. However, the blood leaves the animal’s body instead of going to the brain because the veins of the neck are already cut. The neurological system continues to send signals and blood leaves the animal’s body until all the blood flows out. The widespread idea that animals suffer from pain when slaughtered by this method was scientifically proven to be wrong as animals faint and totally lose sensation as soon as the veins are cut.
-      Question: Medically speaking, is it better to leave the blood inside the body of the animal or let the blood flow out of the body?
-      Dr. John: Blood is one of the most fertile environments where germs grow and it also carries substances that are harmful for the human body. So, if the blood remained in the meat directly after the death of the animal, it will be a fertile environment for germs, in addition to the harmful substances that are present in it.
-      Question: What do you think of the other ways of slaughtering animals especially the way that is used in most European countries which is hitting the animal on its head so that it would faint, then slaughtering it afterwards?
-      Dr. John: This method has dangerous ramifications on the health of humans. This is because the animal dies slowly when it is hit in this method and this causes the membrane that lines the large intestines to lose its ability to retain the bacteria that is in the large intestines. Therefore, the bacteria penetrates the body of the animal, finds the blood and swims in it while interacting with it until it spreads throughout the entire body of the animal. The safest way of eating meat that is free from blood and bacteria is by getting rid of the blood of the animal and letting it flow out.
Praise be to Allah for the blessing of Islam!
The Hadeeth (narration):
Abu Ya‘la, Shaddaad bin Aws, may Allah be pleased with him, narrated that the Prophet,

, said: “Verily Allah has enjoined goodness to everything; so when you kill, kill in a good way and when you slaughter, slaughter in a good way. Every one of you should sharpen his knife, and let the slaughtered animal die comfortably.” [Muslim]
For more benefit, I would like to quote a research that was conducted at Hanover College in Germany by a non-Muslim German professor and a Muslim Egyptian doctor. They reached the exact same results that are cited here. The details of this research were published on way2Allah website three years ago:
Al Shaddad bin Aws has quoted this tradition of the Holy Prophet

:  "Allah calls for mercy in everything, so be merciful when you kill and when you slaughter, sharpen your blade to relieve its pain."
Many allegations have been made that Islamic slaughter is not humane to animals. However, Professor Schultz and his colleague, Dr. Hazim, of the Hanover University, Germany, proved through an experiment, using an electroencephalograph (EEG) and electrocardiogram (ECG) that ‘Islamic slaughter is the most humane method of slaughter’ and captive bolt stunning that is commonly, practiced inby the Western method, causes severe pain to the animal.

The results surprised many.
Experimental Details:
1. Several electrodes were surgically implanted at various points of the skull of all animals, touching the surface of the brain.
2. The animals were allowed to recover for several weeks.
3. Some animals were slaughtered by making a swift, deep incision with a sharp knife on the neck cutting the jugular veins and carotid arteries of both sides; as well as the trachea and esophagus: Halal method.
4. Some animals were stunned using a captive bolt pistol that is considered a humane method of slaughter by the Western standard method..
5. During the experiment, EEG and ECG were recorded on all animals to record the condition of the brain and heart during the course of slaughter and stunning.

Results and Discussion:
I - Halal method
1. The first three seconds from the time of Islamic slaughter as recorded on the EEG did not show any change from the graph before slaughter. This indicates that the animal did not feel any pain during or immediately after the incision.
2. For the following 3 seconds, the EEG recorded a condition of deep sleep - unconsciousness. This is due to a large quantity of blood gushing out from the body.
3. After the above- mentioned 6 seconds, the EEG recorded zero level, showing no feeling of pain at all.
4. As the brain message (EEG) dropped to zero level, the heart was still pounding and the body was convulsing vigorously (a reflex action of the spinal cord) driving the maximum amount of blood from the body: resulting in hygienic meat for the consumer.
II -Western method performed by C.B.P. Stunning
1. The animals were apparently unconscious soon after being stunned.
2. EEG showed severe pain immediately after stunning.
3. The hearts of the animal that was stunned by C.B.P. stopped beating earlier as compared to the animals slaughtered according to the Halal method resulting in the retention of more blood in the meat. This in turn is unhygienic for the consumer.