Meanings of Creed as Derived from the Obligation of Hajj - II 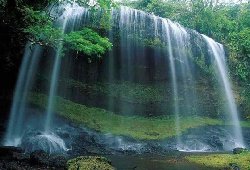 3192 0 370
Third: Honoring the Symbols and sacred Ordinances of Allah The Almighty

Allah The Almighty Says, after mentioning a set of rulings on Hajj, (what means): {That [has been commanded], and whoever honors the sacred Ordinances of Allah - it is best for him in the Sight of his Lord.} [Quran 22:30]

The sacred ordinances intended here are the acts of Hajj referred to in the statement of Allah The Almighty (which means): {Then let them end their untidiness and fulfill their vows and perform Tawaaf around the ancient House.} [Quran 22:29]

To honor the symbols of Allah The Almighty is to venerate and love them from the depth of hearts, and perfect worship (to Allah) in them. Ibn Al-Qayyim

says, “The essence of worship is veneration and love, and if anyone of them separates from the other, it (worship) would be invalid.”

It was narrated in a Hadeeth (narration) that the Messenger of Allah,

, said: “(The people of) this Ummah (nation) will continue to be good as long as they honor that sacred ordinance (i.e. the Ka‘bah), as it should be honored. However, if they waste that, they will be given to destruction.”

Fourth: Love for the Messenger of Allah

Love for the Messenger of Allah,

, is among the most glorious deeds of hearts, and the best branches of faith. Love for the Messenger of Allah,

, enjoins upon us to follow him and abide by his guidance. To imitate the Messenger of Allah,

, in performing the rituals of Hajj is a cause of obtaining his love. He said: “Take (and learn) from me your rituals.” Furthermore, in following the Prophet,

, lies the realization of the love for Allah The Almighty, as confirmed by Allah The Almighty Who Says (what means): {Say, [O Muhammad], "If you should love Allah , then follow me, [so] Allah will love you and forgive you your sins.} [Quran 3:31]

Fifth: Establishment of alliance among the believers, and dissociation from polytheists

How painful is the division of Muslims into factions and parties, and splitting into various conflicting countries, as they have been overpowered by different passions of the pre-Islamic days of Jaahiliyyah. However, the obligation of Hajj is the greatest remedy for that division and disunity. Hajj reunifies them, and develops alliance, love and mutual support among the faithful believers. If the Muslims gather together on the same source of revelation, i.e. the Book and the Sunnah (Prophetic tradition), and also on the same Qiblah (direction of prayer), in Hajj, they become more connected and closer to each other as they get together in the same clothes, at the same place and  time,performing the same rites.

Hajj also develops various forms of alliance among the faithful believers, as it is a school of teaching generosity, spending (in the cause of Allah The Almighty), and doing good, whatever it might be, to anybody, whether it is to instruct an ignorant person, guide the one who is straying, feed someone who is hungry, give water to the one who is thirsty or help those who need help.

On the other hand, Hajj establishes the creed of dissociation from and opposition to polytheists. Ibn Al-Qayyim

says in this respect, “Sharee‘ah has been established on the principle of opposing the polytheists, particularly in the rites.”

It was the habit of the polytheists to proceed on from Al-Mash‘ar Al-Haraam (Sacred Site) of Muzdalifah after sunrise. However, the Messenger of Allah

, in opposition to them, proceeded on before sunrise.

, cancelled out the pre-Islamic customs and ceremonies as he stated in his Khutbah during the Farewell Hajj, in which he said: “Everything belonging to the pre-Islamic days of Jaahiliyyah is to be underneath my feet, fully abolished.” [Muslim] Ibn Taymiyyah

said, “That includes their customs and worships, like their invoking others (than Allah), feasts, etc.”

When the pilgrim leaves his homeland and undergoes the trouble of the journey, he should remember the day he will leave this world, by death, for the appointment and terrors of Resurrection.

When one in the state of Ihraam puts on the clothes of Ihraam, he should remember the day he will put on the shroud, and meet his Lord with clothing different from that of the inhabitants of this World.

When he stands at ‘Arafah, he should soon recall, from the great crowds of the people who raise their voices with different languages, the standing of Resurrection, and the gathering of people from different nations in that place. Ibn Al-Qayyim

says, “What a great standing that is which looks like that of presentation (before Allah in the Hereafter), which is greater!”

Meanings of Creed as Derived from the Obligation of Hajj - I