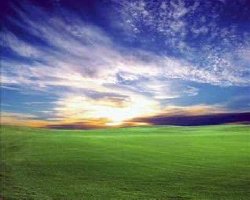 . He had four son who were out on Jihaad (struggle) in the cause of Allah The Almighty. In a great example of bravery and faith -- qualities that are indispensable for achieving success in this life and in the Hereafter -- Silah ibn Ashyam went to his eldest son and told him, “Go forward, son. I want to be rewarded from Allah for enduring the pain and sadness over your death.” He wanted his son to die first, so he would be rewarded for that by Allah The Almighty. This is how true faith should be.
{“You will find me, if Allah wills, of the steadfast.}This is what Ibraaheem, may Allah exalt his mention, was told by his son.{And when they had both submitted and he put him down upon his forehead}[Quran 37: 102, 103]They submitted, so Allah The Almighty spared them.Some people, when they are faced by an ordeal, do not submit to the will of Allah The Almighty. Instead, they try to rely on their own power and wits and seek Fatawas (religious verdicts) that may exempt them from some duties.
If everyone submits to the will of Allah, Allah The Almighty will not fail him. Allah, The Almighty, Says (what means): {And when they had both submitted and he put him down upon his forehead, We called to him, "O Ibraaheem, You have fulfilled the vision." Indeed, We thus reward the doers of good. And We ransomed him with a great sacrifice,}[Quran 37:102- 107}So, Allah The Almighy ransomed him, because they submitted to Allah and they had true faith in Tawheed. When a pilgrim throws the pebbles of Jamrat-ul-Aqaba, he remembers that great trial that befell Ibraaheem and Ismaa’eel, may Allah exalt their mention, and he remembers that he will be tried regarding his family, his property and his children. At this point, he should tell himself that he has to submit to the will of Allah The Almighty
After throwing the pebbles of Jamrat-ul-Aqaba, a pilgrim slaughters his sacrifice, if he is on Tamattu’ or Qiraan. While slaughtering one’s sacrifice, one has to do it in sincerity to Allah The Almighty alone. The scene of slaughtering sacrificial animals for the sake of Allah The Almighty is one of the important manifestations of Tawheed, because it is done for the Creator of the heavens and the earth. When one slaughters his sacrifice, he should say first: “Bismillaah, Allahu Akbar (in the Name of Allah, Allah is Greatest.)”, in abidance with the Sunnah (tradition) of the Prophet,

, and in an attempt to please Allah the Almighty. When a Muslim does this, every part of his sacrifice will be on his balance of good deeds on the Day of Judgment. That is, if he observes true Tawheed and avoids any aspect of Shirk (polytheism), such as slaughtering a sacrifice for an idol, a tree, a tomb, any human, or to please the Jinn. It has to be totally and sincerely for the Sake of Allah. Allah The Almighty Says (what means): { Say, "Indeed, my prayer, my rites of sacrifice, my living and my dying are for Allah , Lord of the worlds} [Quran 6:162] And Says (what means): { So pray to your Lord and sacrifice [to Him Alone].} [Quran 108: 02]. Thus, slaughtering sacrificial animals is a manifestation of Tawheed.
When it is time to end one’s state of Ihraam (sacral state), male pilgrims shave the hair, as an act of obedience that is done to please Allah The Almighty and in compliance to the Sunnah (tradition) of the Prophet, sallallaahu ’alayhi wa sallam.
All the rites of Hajj reflect Tawheed and total belief in Allah The Almighty and submission to Him. May Allah The Exalted, The Generous, grant us true faith and submission. For virtues to be complete one must have a heart that is conscious of Allah The Almighty. For one to truly benefit from good deeds and the remembrance of Allah The Almighty, one must have a heart that is full of faith, a heart that contemplates the greatness of the Creator, which in turn, renders it more faithful.
Manifestations of Islamic Monotheism in Hajj - I
Manifestations of Islamic Monotheism in Hajj - II
Manifestations of Islamic Monotheism in Hajj - III