Disassociation from Polytheism and Polytheists 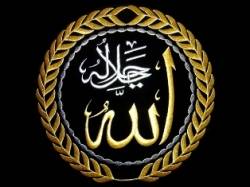 One of the unequivocal duties that are explicitly stated in the texts of the Quran and the authentic Prophetic Ahadeeth (narrations) is the obligation of disassociation from polytheism and the polytheists. Allah The Exalted Says (what means): {There has already been for you an excellent pattern in Abraham and those with him, when they said to their people, "Indeed, we are disassociated from you and from whatever you worship other than Allah. We have denied you, and there has appeared between us and you animosity and hatred forever until you believe in Allah alone"- ….} [Quran 60:4]

commented on this verse saying,

(when they said to their people, "Indeed, we are disassociated from you...'') meaning, `we disbelieve in your religion and way,' (and there has appeared between us and you animosity and hatred forever) meaning, `Animosity and enmity have appeared between us and you from now on and as long as you remain on your disbelief, we will always disown you and hate you,'(until you believe in Allah alone,) meaning, `unless, and until, you worship Allah Alone without partners and disbelieve in the idols and rivals that you worship besides Him.'

The rituals of Hajj reinforce this meaning, as the Prophet

acted contrary to the polytheists in standing at ‘Arafah and leaving it, as well as leaving Muzdalifah, and said: “Our way is different from the way of the polytheists and the pagans.”

said, “The Messenger of Allah