Effect of Hajj on Perfecting Tawheed 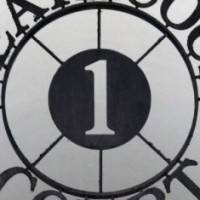 Every year, the Islamic Ummah (nation) lives this blessed season and these special days which combine between the honor of place and time. It is the occasion of Hajj to the Sacred House of Allah The Almighty. Pilgrims, the guests of Allah, from all corners of the earth come together hoping to attain the Forgiveness and Pleasure of Allah The Almighty. Their ears enjoy hearing the Talbiyah and their hearts feel tranquil and humble due to achieving goals and hopes. They head for the Ancient House of Allah, the Ka‘bah, to which people’s hearts long for and return. Allah The Almighty Says (what means): {And [mention] when We Made the House a place of return for the people and [a place of] security.} [Quran 2:125]

Hence, there should be a benefit from the universal congregation at this time and the proper means to found and perfect Tawheed of the pilgrims during their stay in this purified country that is established on a solid base of sound creed since it was unified by King ‘Abdul-‘Azeez until the present time. From that time until now, this land has judged according to Sharee‘ah (Islamic legislation) in the various affairs of life and carefully applies its teachings. It continually tries to unite Muslims and does its best to spread the sound creed via its various facilities whether they are related to Da‘wah (invitation to Islam), the media, education or culture.

Its effective role is clear during Hajj when Muslims come from all over the world, to know each other, love each other and study the matters of their religion. Undoubtedly, this gathering is a chance for Muslims to become closer to each other and remove the image of disunity and aversion. It is also a power that disappoints the Muslims' enemies. It is a meeting on the straight Path of Allah The Almighty and His sound methodology. The knowledgeable person towards the way of Allah The Almighty, guides people to the right path, and teaches them. On the other hand, the ignorant person seeks guidance and asks about whatever confuses him; whereas the person who has doubts asks about doubtful matters and seeks the clear answers that go along with the Sharee‘ah (Islamic legislation) of Allah The Almighty and the Sunnah (tradition) of His Prophet,

The Hajj gathering is also a chance to remove the doubts and innovations in religion that are practiced by some Muslim sects that the pilgrim may not realize in his country. This is because steering away from religious innovations and adhering to the guidance of the Prophet,

, are among the main reasons for perfecting Tawheed and following the sound methodology which was approved by Allah The Almighty for His slaves as Allah The Almighty Says (what means): {And, this is My path, which is straight, so follow it; and do not follow [other] ways, for you will be separated from His way.} [Quran, 6:153]

Therefore, pilgrims should offer a sincere Hajj for the sake of Allah The Almighty in conformity with the Sunnah of the Prophet,

, without any increase or decrease or negligence. They should follow the example of the Prophet,

, who said: “Learn your rituals (of Hajj) from me.” They should not let any other matter distract them from their rituals. They should ask the people of knowledge about any difficult or confusing matter. Allah The Almighty Says (what means): {So ask the people of the message if you do not know.} [Quran 16:43]

There is no doubt that the scholars of this country have a leading role in advising people during the season of Hajj whether in terms of their rituals or morals, dealing with other people and inculcating the true creed in their souls. Despite the few days spent during Hajj in this country, pilgrims have a great chance to meet the scholars there and benefit from their Khutbahs (sermons), lectures and Fatwas (rulings).

The Kingdom of Saudi Arabia – under the leadership of the Custodian of the Two Holy Mosques – is considered the leader of the Islamic world and the caretaker of sound Islamic principles. Every year, it receives hundreds of thousands of pilgrims from within it and beyond its borders. It gathers all its material and human powers to organize the affairs of Hajj, serving the pilgrims of the Sacred House, facilitating their transportation and all other services so that they could so easily perform their Hajj without any annoying or distracting matters.

Pilgrims and residents of Saudi Arabia should benefit from the lessons, lectures and Fatwas of scholars there. They must adopt the sound creed of Tawheed and tolerant Islamic teachings and raise their children according to the correct Islamic upbringing away from deviation, extremism, or following the destructive streams and schools of thought which are propagated by the enemies of Islam.

Pilgrims should make the most of the school of Hajj in order to return to their homes carrying the correct message of this religion and its sound, pure creed and achieving the great goal of Hajj, which is to worship Allah The Almighty Alone.