Eight Projects to Utilize the 10 Days of Thul-Hijjah-II 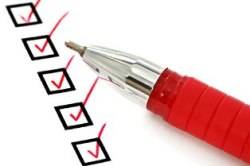 Second project in the ten blessed days of the trade projects with the Most Generous: The Big Race:

Yes, it is a competition and a special kind of race. The Prophet

said about the one who will win it: “The Mufarridoon have gone ahead." They said, ‘O Messenger of Allah, who are the Mufarridoon?’ He said: "Those men and women who remember Allah much.”
Capital of this great project
They are a few words that are light on the tongue and heavy on the Scale: Subhaanallaah, Alhamdulillaah, La Ilaaha Illallaah, and Allahu Akbar (Glory be to Allah, praise be to Allah, there is no deity worthy of worship except Allah, Allah is the Most Great) for the Prophet

said: "There are no days that are greater before Allah or in which good deeds are more beloved to Him, than these ten days, so recite in them a great deal of Tahleel, Tasbeeh, Takbeer and Tahmeed.”
Generally, the best words of Thikr on those days are Subhaanallaah, Alhamdulillaah, Laa Ilaaha Illallaah, and Allahu Akbar. They are Al-Baaqiyaat As-Saalihaat (the good righteous deeds that last).
Profits of this project
Listen to your beloved Prophet

when he passed by Abu Hurayrah, may Allah be pleased with him, whilst he was planting some crop so he said: "O Abu Hurayrah! What are you planting?"   He said, "Some crops." The Prophet

said: "Shall I inform you of crops which are far better than all this?   Saying: 'Subhaanallaah, Alhamdulillaah, La Ilaaha Illallaah, and Allahu Akbar (Glory be to Allah, Praise be to Allah, there is no deity worthy of worship except Allah, and Allah is the most great). With each one of these, a tree will be planted for you in Paradise." [Ibn Maajah; Al-Albaani: Hasan]
Furthermore, Ibn Mas‘ood, may Allah be pleased with him, narrated that the Messenger of Allah

said: "I met Ibraaheem on the night I was taken on my night journey (night of Israa’), so he said, 'O Muhammad! Convey to your nation As-Salaam (salutation) from me, and inform them that Paradise is of good soil, palatable water, and that it is a flat place and its plants are: Subhaanallaah, Alhamdulillaah, la ilaaha illallaah, and Allahu Akbar."
Someone may ask, "When do I say these words?"
The answer is this: You have to accustom yourself to do so when you are walking in the street for any purpose, while driving your car, in your spare time, when waiting for something, when lying on your bed before sleeping, when going to the mosque early, and when returning home or going back to work.
If you adhere to that and get used to saying it, then the number of reciting them will not be less than a thousand times per day. That is to say that you will plant 4000 trees in Paradise daily. Can you imagine if you persist in doing that throughout the ten days, how your garden in Paradise will be?
Can you imagine that you will own 40 thousand trees in Paradise in ten days? Can you imagine how the planting of the Most Gracious in Paradise will be?
Dear brother and sister who wishes to trade with Allah The Almighty, do you want more profit?
Our beloved Prophet

said: "Whoever says Subhaanallaahi wa bi hamdihi (Glory and praise be to Allah) one hundred times a day, will be forgiven all his sins even if they were as much as the foam of the sea." [Al-Bukhari]
If we see how long such Thikr will take, for example, if we say Subhaanallaahi wa bi hamdih only once, it will take 3 seconds. If we repeat it one hundred times, it will take 300 seconds i.e. 5 minutes. 5 minutes will change our life totally. Five minutes will obliterate our sins even if they are as much as the foam of the sea!
Dear brother and sister who wishes to trade with Allah The Almighty, do you still want more profit out of this project?
Listen carefully to what your beloved Prophet

brought to us: "Shall I not inform you of the best of your works, the purest of them with your Master (Allah), the loftiest of them in your stations, the thing that is better for you than spending gold and silver (in charity), and better for you than meeting your enemies and slaying them and being slain by them?" They (the Companions) said, "Of course!" He said: "Remembrance of Allah The Exalted."
Is there profit that is better than all of that? Yes, it is to have the company of Allah The Almighty and to be mentioned by Him. The Most Gracious, Compassionate, and Generous, The Creator of everything will mention you and you are just a weak sinful slave: (So remember Me; I will remember you) and it was narrated in the Qudsi Hadeeth that Allah The Almighty Says: "Whoever mentions Me to himself, then I will mention him to Myself; and whoever mentions Me in a gathering, I will mention him in a better gathering."
Are not these great profits for an easy and simple project? Who would miss this chance but a loser?
Third Project: Three Million Hasanah (Rewards)
Someone may say, "This project will probably consume all of our time," however, this project will not take more than one hour daily although it has far more profit.
Capital of this great project:
That you try hard to make at least one complete recitation of the Book of your Lord (the Quran) in these ten days.
You may say that this is difficult, or even impossible. Where would you get the time in these short days?
Dear brother and sister, let us calculate it together. You only need 10 minutes before each prayer to recite half a Juz’; and 10 minutes before going to bed. So all you need is 60 minutes i.e. an hour distributed throughout the day. This daily hour will be quite enough to make a complete recitation of the Noble Quran during the ten days. You are now free to ask, what are the profits of this project?
Our beloved Prophet

said: "Whoever reads a letter from the Book of Allah will earn a Hasanah (i.e. good deed thereby). And that one good deed will be multiplied by ten. I am not saying that ‘Alif, Laam, Meem’ (a combination of letters frequently mentioned in the Noble Quran) is a letter, rather I am saying that ‘Alif’ is a letter, ‘Laam’ is a letter and ‘Meem’ is a letter."
Do you know what your rewards will be after one complete recitation of the Noble Quran?
The sum of the letters of the Noble Quran is 323,670, so your profits will be about 3.25 million good deeds!
Additionally, the blessings of the Noble Quran will cure the heart and body from all diseases and maladies. Allah The Almighty Says (what means):
Fourth Project: Seventy Years' Distance away from Hellfire
Capital of this project:
It is to fast as many of these ten days as you can. If you fast them all, then that is “light upon light”.
Profits of this project:
It will be as the Prophet

Eight Projects to Utilize the 10 Days of Thul-Hijjah-III