Eight Projects to Utilize the 10 Days of Thul-Hijjah-III 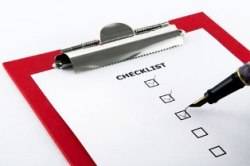 Capital of this project:
Actually, it is very easy and will not cost you a penny. You are only required to stay at the Mosque after Fajr prayer until the sun rises and then pray two Rak‘ahs, as the Messenger of Allah

said: “Whoever prays Fajr in congregation then sits remembering Allah until the sun rises, then prays two Rak‘ahs, will have a reward like that of Hajj and ‘Umrah, complete, complete, complete.”
Add to that, dear brother and sister who wishes to trade with Allah The Almighty, the profits you will receive from reciting the Noble Quran, Athkaar of the morning, the invocations of the angels in your favor and their prayers to Allah The Almighty to forgive you as long as you are in your place of prayer, saying, "O Allah! Forgive him. O Allah! Bestow mercy upon him."
Sixth Project: Bring happiness to a poor Muslim
Some people may take this project lightly, and find its fruits and profits inconsiderable. However, dear brother and sister, listen carefully to what our Prophet

said: "The most beloved of people in the Sight of Allah is he who brings most benefit to the people, and the most beloved of deeds in the Sight of Allah is that you bring happiness to a fellow Muslim, or relieve him of distress, or pay off his debt or stave off his hunger. It is more beloved to me that I walk with my Muslim brother in his time of need than that I stay secluded in this mosque for a month. Whoever holds back his anger, Allah The Almighty will cover his faults and whoever suppresses his fury while being able to execute it, Allah will fill his heart with satisfaction on the Day of Resurrection. Whoever walks with his Muslim brother in his time of need until he fulfills that need for him, Allah will establish his feet firmly on the day when all feet shall slip. Indeed, bad character ruins deeds just as vinegar ruins honey."
Capital of this Project:
It is to take upon yourself to bring happiness to your needy and poor fellow Muslims. It is to bring joy to their hearts, help them, provide them with clothes, satisfy their hunger and fulfill their needs.
Such are the voluntary charities and favors that our beloved Prophet

told us about in his Hadeeth that reads: "Doing favors saves from evil deaths, secret charity puts out the anger of the Lord, and maintaining kinship ties increases one's lifespan."
These deeds will be our shade on the Day when people will stand before the Lord of the Worlds, barefooted, naked and uncircumcised. The shade of each of us will be according to his charity as the Prophet

said: "Everyone will be in the shade of his charity on the Day of Resurrection." This will last until Allah The Almighty judges among people on a Day the measure of which is fifty thousand years. The sun will be over the heads of the people, just a mile away from them.
Further profits of this Project:
Extinguishing the anger of The Compeller, the One whose anger nothing can suppress if He got angry. The Prophet

said: "Charity extinguishes the anger of the Lord and repels a terrible death."
Dear brother and sister, the rewards in these blessed days will be increased and multiplied, so do not forget to bring happiness to a poor family. You can go to them before ‘Eed and give them money, meat or clothes.
Amongst the greatest acts of worship, righteous deeds and trading with the Lord of all creatures on the tenth day of these days i.e. the Day of ‘Eed is the slaughtering of the sacrifice. In fact, the son of Adam does not perform any action on the day of sacrifice more pleasing to Allah The Almighty than slaughtering sacrifice. He will receive a reward for each of its hairs and for each fiber of its wool. It is the assured tradition of our father Ibraaheem, may Allah exalt his mention. It is disliked for the one who is able to do it to leave doing it. Also, offering a sacrifice is better than giving its price in charity. A sheep is enough for one person and a camel or cow is enough for seven people. The Prophet

stressed the matter of slaughtering sacrifices and threatened the one who is able to do it and leaves doing it. In this regard, the Prophet

said: "Whoever is financially able (to offer sacrifice) and does not offer sacrifice, then he should keep away from our place of praying."
It is forbidden for the one who intends to offer a sacrifice to remove any part of his hair or cut his nails from the time the month of Thul-Hijjah begins until he offers the sacrifice, for the Prophet

in Paradise. You will have palaces and Qanaateer in Paradise.
Here is an example of those who truly loved the Prophet

. He is Rabee‘ah ibn Ka‘b Al-Aslami, may Allah be pleased with him. He said, "I used to sleep at the Prophet's house and bring him his water for ablution and his needs. He once said to me: 'Ask me.' I said, 'O Messenger of Allah! I ask that I be your companion in Paradise.' He said: 'Anything else?' I said, 'Only that.' He said: 'Then help me (fulfill this wish) for you by performing many prostrations.'
As for the houses of Paradise, the Prophet

said: "Any Muslim who prays twelve Rak‘ahs of supererogatory prayer for Allah The Almighty each day and night, Allah will build for him a house in Paradise." Is anyone of us unable to build a house in Paradise for himself every day? Consequently, he will have ten houses on these blessed ten days.
As for the Qanateer of Paradise, let the Prophet

said: “Whoever performs Hajj and does not commit any Rafath] (obscenity) or commit any evil will go back as on the day his mother bore him.” [Al-Bukhari and Muslim] i.e. free of sins and misdeeds. Moreover, the Prophet

said: "And for an accepted Hajj there is no reward but Paradise." [Al-Bukhari and Muslim] Glory be to Allah The Almighty who made the House (the Ka‘bah at Makkah) a place of resort for mankind and a place of safety. People visit it time after time, but never have enough of it. The hearts of the lovers become attached to the House of their beloved. Whenever this house is mentioned to them, they long to visit it and whenever they remember how far they are from it, they yearn for it.
The one who witnesses those who often visit it while he does not visit it has every right to worry, and the one who witnesses those who are travelling to the House of their beloved while he remains behind has the right to be sad.
However, the one who has an excuse that keeps him from visiting the House shares the rewards of the one who travels to visit it as the Prophet

said to his Companion on his way back from the Battle of Tabook: "There are some people in Al-Madeenah who were with you all the time, you did not travel any portion of the journey nor cross any valley, but they were with you because they were prevented by a valid excuse."
Allah The Almighty has made the hearts of Muslims eager to visit His Sacred House but not everyone is able to do so every year. Accordingly, Allah The Almighty has made it obligatory upon every Muslim, who is able, to perform Hajj once in a lifetime.
These are the eight projects, and Paradise has eight gates; so is there any one eager enough to strive to fulfill them?

Eight Projects to Utilize the 10 Days of Thul-Hijjah-I