Recommendations to Pilgrims and Visitors of the Holy Mosque - III 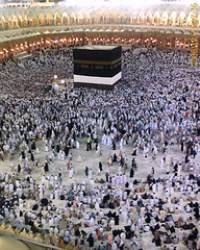 7031 0 600
1- I recommend all pilgrims and visitors to the Holy Mosque to pay Zakah if they have money for which Zakah has become obligatory. Zakah is one of the greatest duties of religion and it is the third pillar of Islam. Allah The Almighty Legislated it to purify the Muslim, bless his money, and as means of helping the poor and the other people and purposes that are entitled to Zakah. Allah The Almighty Says (what means): {Take, [O, Muhammad], from their wealth a charity by which you purify them and cause them increase} [Quran 9:103]
Paying Zakah means thanking Allah The Almighty for the blessing of money, and grateful people are promised reward and increase. Allah The Exalted Says (what means):
· {And [remember] when your Lord proclaimed, 'If you are grateful, I will surely Increase you [in favor]; but if you deny, indeed, My punishment is severe.'} [Quran 14:7]
· {So remember Me; I will remember you. And be grateful to Me and do not deny Me.} [Quran 2:102]
Moreover, Allah The Almighty threatened whoever did not pay the Zakah to torment him with his money on the Day of Judgment. Allah The Almighty Says (what means): {O you who have believed, indeed many of the scholars and the monks devour the wealth of people unjustly and avert [them] from the way of Allah. And those who hoard gold and silver and spend it not in the Way of Allah - give them tidings of a painful punishment. * The Day when it will be heated in the fire of Hell and seared therewith will be their foreheads, their flanks, and their backs, [it will be said], "This is what you hoarded for yourselves, so taste what you used to hoard."} [Quran 9:34-35]
The Prophet,

, explained this verse saying: “Any owner of money who does not pay the Zakah due on it will, on the Day of Resurrection, have his treasure heated in the Fire of Hell and he will be tormented with it on a day that will last fifty thousand years. Then he will be shown his path, leading him either to Paradise or to Hell.”
Every Muslim who has money for which Zakah has become obligatory, must fear Allah The Almighty and pay the Zakah on time to the people who deserve it in response to the commandments of Allah The Almighty and His Messenger,

, and to save himself from the Wrath and Punishment of Allah The Almighty. We also remind you that Allah The Almighty promised the charitable people compensation Saying (what means):
· {Say, "Indeed, my Lord extends provision for whom He wills of His servants and restricts [it] for him. But whatever thing you spend [in His cause] - He will compensate it; and He is The Best of Providers."} [Quran 34:39]
· {Believe in Allah and His Messenger and spend out of that in which He has made you successors. For those who have believed among you and spent, there will be a great reward.} [Quran 57:7]
2- Fasting the month of Ramadan, which is one of the greatest duties on Muslim men and women who are competent for religious duties. Fasting is the fourth pillar of Islam. Allah The Almighty Says (what means): {O you who have believed, decreed upon you is fasting as it was decreed upon those before you that you may become righteous - * [Fasting for] a limited number of days.} [Quran 2:183, 184]
Then Allah The Almighty explained what is meant by the “limited number of days” Saying (what means): {The month of Ramadan [is that] in which was revealed the Quran, guidance for the people and clear proofs of guidance and criterion. So whoever sights [the new moon of] the month, let him fast it; and whoever is ill or on a journey - then an equal number of other days.} [Quran 2:185]
The Prophet,

, said: “Islam is based on five (pillars): testifying that there is no true god except Allah and that Muhammad is His slave and Messenger; performing prayer; the payment of Zakah; performing Hajj (pilgrimage) to the House [of Allah (Ka`bah)]; and fasting Ramadan.” [Al-Bukhari and Muslim]
This authentic Hadeeth proves that all the aforementioned recommendations (Two Testimonies of Faith, Prayer, Zakah, and fasting), constitute the pillars of Islam.
Hence, every Muslim man and woman must respect, revere and observe these pillars, and beware of whatever invalidates them or affects their reward.
Allah The Exalted has created Man and Jinn to worship Him alone, and He sent the Books and messengers and revealed the Books for this purpose. The worship of Allah The Almighty means adherence to true monotheism, worshipping Him alone, and obeying Him and His Messenger,

, with devotion and sincerity. We have to believe in Allah The Almighty and His Messengers to receive His reward and escape His punishment. In this way, the slave would win and prosper in this world and the Hereafter.
Muslims have been afflicted with humiliation and disunity and subordination to their enemies in recent times because of neglecting the commandments of Allah The Almighty and refraining from cooperation in goodness and righteousness.
Allah The Almighty Says (what means): {And whatever strikes you of disaster - it is for what your hands have earned; but He Pardons much.} [Quran 42:30]
Hence, we ask Allah The Exalted to unite the Muslims around the truth, guide them to sincere repentance and adoption of His Book and the Sunnah of His Prophet,

. We also ask Allah The Almighty to guide the Muslim rulers to rule according to the Sharee‘ah and to oblige their peoples to abide by the Divine commandments. In this way, Allah The Almighty will enable us on earth just as He did with our righteous predecessors.
3- Performing Hajj, as it is the fifth pillar of Islam, as stated in the aforementioned Saheeh Hadeeth. Hajj is an individual duty upon every Muslim man and woman who can perform it once in a lifetime. Allah The Almighty Says (what means): {In it are clear signs [such as] the standing place of Ibraaheem (Abraham). And whoever enters it shall be safe. And [due] to Allah from the people is a pilgrimage to the House - for whoever is able to find thereto a way. But whoever disbelieves - then indeed, Allah is free from need of the worlds.} [Quran 3:97]
The Prophet,

, said:
- “Hajj is only once, and whoever does more than that, it is voluntary (act of worship).” [Ahmad and Ad-Daarimi]
- “The performance of two ‘Umrahs expiates the sins committed in the interval between them, and an accepted Hajj brings no reward other than Paradise.” [Al-Bukhari and Muslim]
- “Whoever performs Hajj and does not commit any obscenity (any sin or sexual intercourse while being in the state of Ihraam) or commit any evil return free of sin as on the day his mother gave birth to him.” [Al-Bukhari and Muslim]
Hence, the pilgrims have to protect their Hajj from evil and sins and obey Allah The Almighty, and cooperate in good and righteousness, so that their Hajj will be accepted and rewarded. The accepted Hajj is the one that is free from obscenity and disputes. Allah The Almighty Says (what means): {Hajj is [during] well-known months, so whoever has made Hajj obligatory upon himself therein [by entering the state of Ihraam], there is [to be for him] no sexual relations and no disobedience and no disputing duringHajj.} [Quran 2:197]

Recommendations to Pilgrims and Visitors of the Holy Mosque - I