Reflections on the Meanings of Takbeer - II 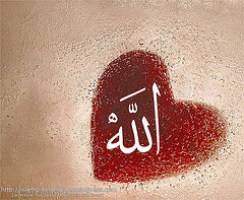 This commands us to reflect on this Name, moving from description of the being to description of Actions. The actions of Allah The Almighty are also grand in sublimity and wisdom and are worthy of being glorified in the best glorification by the slave. Perhaps this is a benefit of the association of the Name Al-Kabeer with the attribute of Highness, contrary to what has been mentioned above. So, modifying the beings and meanings by highness demonstrates the beauty of the Actions of Allah The Almighty through the attribute Al-Kabeer. As Allah The Almighty Says (what means): {Allah knows what every female carries and what the wombs lose [prematurely] or exceed. And everything with Him is by due measure.[He Is] Knower of the unseen and the witnessed, the Grand, the Exalted.}[Quran 13:8-9]
Allah The Almighty Says (what means): {But if they obey you [once more], seek no means against them. Indeed, Allah is ever Exalted and Grand.} [Quran 4:34] The verse is a reminder of the necessary worship that the heart conducts with this sublime name, particularly when the slave enjoys a privilege giving him power over others. In the marital relationship, for instance, it is suitable, in the context of demanding the husband to forgive and pardon while he is able to do the opposite, to mention these two Names. Being aware of the Highness of Allah The Almighty over all creation makes him forget his power over his family and ignore the causes of grandness granted to him over his wife by realizing the absolute Grandness of Allah The Almighty.
Second reflection
Takbeer is one of the most apparent rituals of Islam and faith, and is the most oft-repeated by the tongue. Look at the ordinance of Islam in the Athaan (call for prayer); it includes four Takbeers, not only one; each declaring the ritual and confirming the effects of its peer. Takbeer alerts the heart to worship Allah The Almighty Alone, knowing Him by His name Al-Kabeer that nothing is grander than Him. It paves the way to realize the word of sincerity and the testimony of truth so that the words of the two testimonies of faith enter an attentive heart which receives their meanings. Takbeer is the sanctuary and gate of the testimonies of faith. It is the beginning of every prayer; obligatory or voluntary, congregational or individual. So, Takbeer is the key and entrance of prayer, and entering requires the Muslim to recall the meaning embedded in the Takbeer throughout the prayer. One finds this fact stressed by saying Takbeer upon every movement from one position to the next. Takbeer opens the gate of prayer for the Muslim and lets him move from one position to another, affirming the continuous worship of the heart by glorifying Allah The Almighty and being attached to His name Al-Kabeer throughout the prayer. A Muslim does not perfect the main deeds of the prayer in terms of fulfilling duties and investing it in worship of the heart and purification of the soul except by experiencing these meanings. The more a Muslim realizes these meanings, the greater he obtains the benefits and finds the desired results after finishing the prayer.
In principle, the duties of prayer weigh heavy for the Muslim, but Takbeer facilitates it and makes it light and easy for the soul. Allahu Akbar is to be said in every difficult matter; Allahu Akbar is to be said when something terrifies the person so that it is alleviated like extinguishing a fire; Allahu Akbar is to be said when something raises the person so that it disciplines him, like going up an incline while traveling. Allahu Akbar is to be said when the person fears something so that it is fended off, like the evil eye; Allahu Akbar is to be said when an obstacle resists the person so that it is destroyed, as in the conquest of the Roman Empire and in every difficult matter. Allahu Akbar is the provision of the religious people whereby they seek strength and follow the guidance of the Prophet,

, when he said: "Allahu Akbar Allahu Akbar! May Khaybar be destroyed!" [Al-Bukhari and Muslim]
Likewise, Allahu Akbar is to be said in every battle, at every obstacle, in every situation of treachery and treason, and in every doubt and trial. Allahu Akbar is to be said in any difficult situation that is heavy on him, so that the person's heart is attached to the Grandness of Allah The Almighty whereby he seeks strength and help and on which he relies.
Third reflection
It is also recommended that the Muslim ponders on the wisdom of repeating the Takbeer. It is similar to Thikr (remembrance of Allah The Almighty) in the fact that both should be repeated. Islam introduced this repetition into two ways:
First: it makes the reward contingent on a specific number of repetitions and in such a case the person does not receive the promised reward without coming up with that number. For instance, the Prophet,

, said: "He who recites in the morning and in the evening the statement: `Subhaanallaahi wa bihamdihi (Allah is free from imperfection and I begin with praising Him)' one hundred times, will not be surpassed on the Day of Resurrection by anyone with better deeds except for one who utters the same words in the same number or more." [Al-Bukhari and Muslim]
Second: the order comes in general without a specific number of repetitions, such as making the reward contingent on reciting the Thikr even if once. For instance, the Prophet,

, said: "Whoever says: `Subhaanallaahi Al-‘Atheemi wa bi hamdihi (Allah The Greatest is free from imperfection, and I begin with praising Him),' a palm-tree will be planted in Paradise for him." [At-Tirmithi (Al-Albaani: Saheeh)] Sometimes the reward is made contingent on reciting Thikr in general. Allah The Almighty Says (what means): {So remember Me; I will remember you.}[Quran 2:152]
Remembering Allah The Almighty in this context includes saying Takbeer. The benefit of the general Thikr is accumulative, and thus, it does not take place once; obtaining the reward happens as the person repeats the Thikr. This reflects the Sharee‘ah's care for the Muslims and the Mercy of Allah with them. Allah The Almighty Invited them to repeat the Thikr so that the person compensates for the words whose meanings he missed reflecting upon every time he repeats them. Besides, the meanings of worship become confirmed in his heart to dominate and dwell therein. Therefore, a Muslim should carefully realize every time what he missed in the previous one in order to continue ascending in the levels of Thikr. Likewise, the general Takbeer is supposed to help the person make up for what he missed, and every Takbeer delivers a summary of the meanings of a pervious Takbeer to the next and stresses them.

Reflections on the Meanings of Takbeer - III