Reflections on the Meanings of Takbeer - III 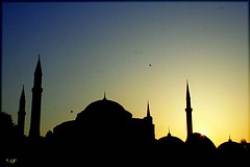 Every Takbeer should bring its desired effect as if your heart alone is meant by this Takbeer to derive the meanings stated above and create a variety of worship and attachment to Allah The Almighty Al-Kabeer. Allahu Akbar is a phrase written in letters of light whereby the soul discovers its faults and defects, and thus is alerted and feels pain. The slave wakes up as the soul hears the call of Takbeer. When he sees in his soul slowness in conducting the worship of Takbeer, laziness that could not help it move or travel, faults that hinder his endeavor and take away his earning, he finds defects and maladies that cause the soul to be ill and unhealthy. As the slave experiences this state, he feels pained, and this indicates that his heart is still alive. Thus, comes the phrase Allahu Akbar to awaken the soul and cause the needed pain.

Then comes another Allahu Akbar whose light discloses another hidden aspect and without which the slave could not grasp it, disclosing another defect in the soul to diagnose the disease perfectly and locate the area of defect. Listen to its letters, whose echo reveals what is hidden in it and what barred it from the means of being raised and purified. Surely, the soul will be the culprit and the point of accusation. Allahu Akbar makes the accusation certain. How? The culprit lies in you; the cause of all tribulations – it is your soul. It is the guilty party. The first Takbeer unearths the defects and thus causes the pain; the second Takbeer reveals the offense and the accusation.

During these days, the soul must be devoted to Allah The Almighty alone. These deeds have to bring about reform whereby defects are corrected, and purification whereby it ascends to higher levels. Takbeer exposes the soul, and the remembrance of Allah The Almighty reveals its faults. Where is reform? Where is worship and attachment to Allah? Where is the giving up of faults? Where is the desertion of sins? Where is the change of habits? Where is giving up familiar habits? You have not done anything; rather, you still persist in your old habits.

Then a third Takbeer follows – Allahu Akbar! It adds strength and determination to self-control, obliging it to commit to the promise taken with its Lord previously and to all that brings its salvation. Allahu Akbar signifies commitment and obligation; Allahu Akbar helps cure his faults; Allahu Akbar he throws over his defects to be destroyed.

So, the three Takbeers the Muslim says alert and cause pain, then expose and accuse, then create a covenant and commitment.

, stood up and called all the Arabs, saying: "O people, say "La ilaaha illallaah" so that you will succeed." This word saves man in the Hereafter and establishes him in this life. "There is no deity" negates all false gods and means what man claims. There is no deity worthy of worship at all, and no body can claim, prove, or believe otherwise. Your heart will not rely on anyone, or seek help from anyone, or pin hopes on anyone, or fear anyone – all these things are negated by man's saying "Laa ilaaha" (there is no deity worthy of worship). Then, you refer and attribute all these things to a single being whom you see as the only one worthy of them – it is Allah The Almighty. "La ilaaha" is an absolute negation, and "Illallaah" is an absolute confirmation. The more you negate from every false god the means of reliance, help, fear, or hope, the more you confirm them to Allah The One, The Prevailing. You make all these for Allah, with His support, and for His sake. "La ilaaha illallaah" implies: do not rely upon anyone except Him, do not fear anyone except Him, do not seek reward from anyone except from Him, do not seek help except by Him, do not love except for His Sake, and do not hate except for His Sake. Allah The Almighty Says (what means): {Say, "Indeed, my prayer, my rites of sacrifice, my living and my dying are for Allah, Lord of the Worlds. No partner has He. And this I have been commanded, and I am the first [among you] of the Muslims."} [Quran 6:162-163]

"La ilaaha illallaah, wa Allahu Akbar" a fourth Takbeer covers up the deficit in Tawheed that should dominate the heart after declaring the testimony of faith and word of sincerity, in theory and practice. Once a misconception affects your knowledge of Allah, say "Allahu Akbar"; once a desire conflicts with your deeds, say "Allahu Akbar". By Takbeer, you clear up the misconceptions and ward off the desires from your soul. Allah is Grander than all this; the faults of your Tawheed, the defects and shortcomings of your worship. This would treat the heart and heal its wounds. Allahu Akbar cures and heals.

"Allahu Akbar, wa lillaahil-Hamd" a fifth Takbeer confirms and strengthens all that, and with it you feel as if you are in an impenetrable fort and strong castle whose Lord is Allah. Now, you are in His fort, refuge, guard, care, party, and support. Allah The Almighty Says (what means): {Is not Allah sufficient for His Servant?} [Quran 39:36] You have achieved an honorable act of worship whereby you have moved to sufficiency provided by Allah The Almighty.

Allahu Akbar – a fifth Takbeer after saying it you should find security and peace in your heart. You are in the guardianship of Allah The Most Generous, The Guardian, The Firm Possessor of strength. So, no misconception will affect you, nor will any desire tempt you after that. Now, you are protected by Allah The Almighty, and thus these Takbeers should bring you security and peace. At this point, praising Allah comes in the most appropriate time "Allahu Akbar, wa lillaahil-Hamd". To Allah alone belongs all perfect praise. Praise be to Allah for the blessing of Islam, the blessing of faith, for Teaching us the Quran, and for the revelation of the Sunnah of the Prophet,

. You celebrate the praise of Allah The Almighty in order to guard His blessing on you; He granted you all these blessings voluntarily without reason or power, or strength on your part. There is no power and no strength save in Allah The Almighty. He gave to you without reason and granted without request. When you say Takbeer, you have done something He ordained for you; when you praise Him, He promised to accept it from you. Therefore, Allah Is The First from whom everything comes, and The Last to whom everything will end. All goodness comes from Allah The Almighty and goes to Him, and every good you have should urge your heart to declare that all perfect praise belongs to Allah alone - Allahu Akbar, wa lillaahil-Hamd!

Reflections on the Meanings of Takbeer - I