The Blessed Days Are Approaching, Get Ready - II 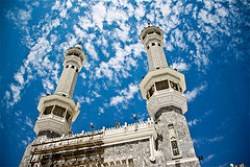 said that this was the correct interpretation of the verse.
2- Allah The Exalted called the first ten days of Thul-Hijjah “The Known Days” and prescribed mentioning Him on these days.
Allah The Exalted Says (what means): {… and mention the name of Allah on known days over what He has provided for them of [sacrificial] animals...} [Quran 22:28]
Some scholars of Tafseer believed that this verse refers to the first ten days of Thul-Hijjah.
3- Righteous deeds on these blessed days are more loved by Allah The Exalted than any other days:
Ibn ‘Umar, may Allah be pleased with him, narrated that the Prophet

said: “There are no days greater in the sight of Allah and no acts more beloved therein to Allah than those in these ten days. So say Tahleel (saying, La ilaha illallaah: There is no deity worthy of worship but Allah), Takbeer (saying, Allahu Akbar: Allah is The Greatest) and Tahmeed (saying, Al-Humdulillaah: All praise is due to Allah) a lot [on those days].” [Ahmad]
4- The first ten days of Thul-Hijjah include the Day of Tarwiyah (the 8th day of Thul-Hijjah), when the due rites of Hajj begin.
5- They also comprise the Day of ‘Arafah (the 9th day of Thul-Hijjah), which is a great day and one of the greatest sources of pride in Islam. The Day of ‘Arafah has many virtues and merits; it is the day of forgiveness, pardon, and exemption from Hellfire. It is a day when Allah The Exalted boasts about His obedient slaves to the angels. The Mother of the Believers, ‘Aa’ishah, may Allah be pleased with her, narrated that the Prophet

said: “There is no day on which Allah emancipates more of His slaves from Hell than the Day of ‘Arafah. Allah comes close to His slaves and boasts about them to the Angels.”[Muslim]
6- The first ten days of Thul-Hijjah also encompass the night of Muzdalifah, i.e. when the pilgrim spends the night of the 10th day of Thul-Hijjah at Muzdalifah after coming back from ‘Arafah. The pilgrim performs the Maghrib (sunset) and ‘Ishaa’ (night) prayers combined in Muzdalifah.
7- They coincide with Hajj, which is the fifth pillar of Islam.
8- The first ten days of Thul-Hijjah include the Day of Nahr (the 10th day of Thul-Hijjah), which is the greatest day of the entire year. ‘Abdullaah ibn Qart narrated that the Prophet

said: “The greatest days in the sight of Allah are the days of Nahr and Qarr, i.e. the day of staying at Mina.” [Abu Daawood]
9- Allah The Exalted rendered the first ten days of Thul-Hijjah a time to draw closer to Him by offering the Hady (sacrificial animal) for the pilgrims and the Udh-hiyah (the ‘Eed sacrifice) for the rest of Muslims. In this way, Muslims who are not blessed with performing Hajj that year would share this great spiritual experience with the pilgrims.
10- These blessed days are better than the last ten days of Ramadan.
When Shaykh-ul Islam Ibn Taymiyyah

said: “Fasting the Day of ‘Arafah expiates the sins of the past year as well as the next year.”
Moreover, Hafsah, may Allah be pleased with her, said “There are four things the Prophet

never neglected: Observing fast on the Day of ‘Aashooraa’, ‘Arafaat, three days every (lunar) month, and offering the Fajr Sunnah prayers early in the morning.”[Ahmad and An-Nasaa’i]
4- Performing Hajj and ‘Umrah, which are the best acts of worship to be performed on these blessed days.
5- Repeating Takbeer, Tahleel, Tahmeed, and reciting Thikr. Allah The Exalted Says (what means): {… and mention the Name of Allah on known days over what He has provided for them of [sacrificial] animals.}[Quran 22:28]
Men should raise their voice while reciting Takbeer, Tahleel, Tahmeed, and Thikr, and women should lower theirs. As it is mentioned in the deeds of the ten days of Thul-Hijjah, it is recommended to repeat Takbeer in all times and at every place where it is permissible to mention the Name of Allah The Almighty. Scholars said that there are two types of Takbeer:
First: Takbeer that is not restricted to a specific time, which is prescribed at every time during the night and day. It starts with the start of the month of Thul-Hijjah and lasts until the last day of the Days of Tashreeq.
Second: The Takbeer restricted to a specific time, which is prescribed after prayers. According to the chosen opinion, Takbeer is said after all prayers, whether obligatory or voluntary. It starts from the Fajr (Dawn) Prayer of the Day of ‘Arafah and lasts until the last day of the Days of Tashreeq.
Scholars recommended reciting more Thikr on the first ten days of Thul-Hijjah. Ibn ‘Umar, may Allah be pleased with him, narrated that the Prophet

said: “So say Tahleel, Takbeer and Tahmeed a lot [on those days].” [Al-Bukhari]
Moreover, Ibn ‘Umar and Abu Hurayrah, may Allah be pleased with them, used to go out to the marketplace on the first ten days of Thul-Hijjah and recite the Takbeer and people would repeat after them.
Seventh pause for reflection:
This is a message for whoever wants to perform Hajj and intends to delay it, although being physically and financially able to perform Hajj. Dear reader, what is the end of this procrastination?
How long will you cling to such worldly excessive ambitions? Do you not know that the Angel of Death is seizing the souls of your relatives and friends? Can you guarantee that you will live until the coming year with sound health and wealth?
Dear brothers and sisters, do not delay performing the obligatory Hajj. You should hasten to perform Hajj this year.

The Blessed Days Are Approaching, Get Ready - I