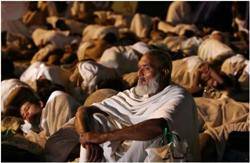 There are many lessons that could be learned from Hajj and that have great benefits for individuals and the entire Ummah (Muslim nation).

.
When pilgrims remember Allah The Almighty constantly while performing these acts of worship, they feel assured, have peace of mind and draw closer to Him. Consequently, this will get them accustomed to remembering Allah The Almighty after Hajj.
(To be continued)