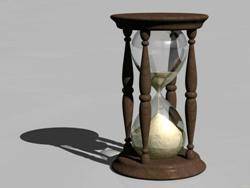 ·        It is recommended to take a bath and apply perfume if one is intending to perform Hajj.
·        It is recommended to articulate one’s intention by saying, "Labbayka Allahuma Hajjan (O Allah! In response to your call I perform Hajj).”
·        One should proceed to Mina, spend the night there and not leave until after sunrise of next day, having prayed the five obligatory prayers there.
·        It is Sunnah (Prophetic tradition) to remember Allah The Almighty constantly and to repeat the Talbiyah, "Labbaykallaahuma labbayk, labbayka la shaareeka laka labbayk. innalhamda wanni’mata laka walmulk. la shareeka lak (In response to Your call O Allah! In response to Your call. In response to Your call, there is no partner with You, in response to Your call. Gratitude, favours and the Kingdom belong to You, there is no partner with You).”
·        One should shorten all the four Rak’ah prayers to two Rak'ahs with the congregation and should endeavor to pray the Witr prayer.
9th of Thul-Hijjah
·        After sunrise, one should proceed to ‘Arafaat.
·        It is recommended to stay in the mosque of Namirah until noon. Thuhr and ‘Asr arecombined, with one Athaan and two Iqaamahs shortened and combined at the time of Thuhr. This way the pilgrim has time to supplicate.
·        One should strenuously remember Allah The Almighty and supplicate to Him while facing the Qiblah and raising one’s hands. It is also recommended to read the Quran.
·        One should stay within the boundaries of ‘Arafaat until sunset.
Night of the of 9th of Thul-Hijjah
·        After sunset, one should leave ‘Arafaat, proceed to Muzdalifah and utter the Talbiyah energetically.
·        On arriving, one should pray Maghrib and ‘Ishaa’ combined whilst shortening ‘Ishaa’ to two Rak’ahs, calling one Athaan and two Iqaamahs.
·        If it appears that one will not reach Muzdalifah before midnight, then it is safer to pray Maghrib and ‘Ishaa’ on the way.
·        One should sleep immediately after praying.
·        It is permitted for weak people, women and children to leave Muzdalifah(along with those who accompany them) after the moon has disappeared. All others must spend the night there and stay until they pray Fajr.
·        After Fajr, one stands facing the Qiblah, with hands raised, and exerts extra effort in remembering Allah. Supplication continues until daylight, and one may stand anywhere.
10th of Thul-Hijjah
·        Before sunrise, one should proceed towards Minawhile uttering the Talbiyah.
·        On arriving in Mina, one should head towards the stoning area of Al-‘Aqabah Al-Kubra (the closest of the three stone pillars to Makkah). One should stop uttering the Talbiyah upon arrival and begin stoning, using the seven previously collected pebbles. One should say, “Allahu Akbar” with each throw, while in a position where the Ka’bah is to one’s left and Mina to the right.
·        After the stoning, one should go and perform the slaughter if possible (unless it is done on one’s behalf). It is recommended to eat from the sacrifice and to share it with the poor. The animal should face towards the Qiblah and the slaughterer should say, “Bismillaah, Allahu Akbar. O Allah! This animal is from you (you granted it to me) and we slaughter for your sake.”
·        After this one should cut their hair; for men it is preferable to shave their heads. Women should cut a fingertip’s length from the end of their hair.
·        One can now put on their regular clothes and do everything permissible before Ihraam, except having sexual relations.This is called the minor Tahallul.
·        It is recommended to apply perfume and then head to the Haram in Makkah to perform the Tawaaf Al-Ifaadhah; without this, one’s Hajj is incomplete. After this sexual intercourse is permitted.
·        Perform Sa'y. Sa'y is performed after Tawaaf Al-Ifaadhah in three cases:
·        If one was performing the Tamattu’ Hajj.
·        If one was performing the Qiraan Hajj and performed Sa'y with the Tawaaf of arrival.
·        If one was performing the Ifraad Hajj and did not perform the Sa'y previously, having assumed Ihraam.
11th, 12th and 13th of Thul-Hijjah
·        After Tawaaf Al-Ifaadhah one should return to Mina and spend the nights of Tashreeq (the eleventh, twelfth and thirteenth of Thul-Hijjah)there. It is permissible to leave after the twelfth but recommended to stay on for the next day.
·        Stone the three Jamaraat during the afternoon on the days of Tashreeq. One should stone each one using seven consecutive pebbles, saying, “Allahu Akbar” with each throw.
·        It is recommended to make supplications after the first two Jamaraat and prolong this.
·        The farewell Tawaaf is the last thing a pilgrim does before travelling.