Hajj: Religious Obligation or Chance for Engaging in Frivolity? - I 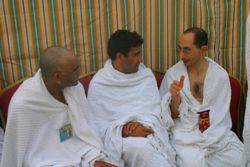 The Hajj season has returned this year with its customary spiritual gifts, blessings and virtues. The hearts of Muslims all over the world yearn to visit the Ancient House to fulfill this great obligation, perform Hajj or ‘Umrah, or visit the Sacred Mosque to pray therein and seek the reward of Allah The Almighty.

Let us reflect on some aspects of the Hajj:
The first reflection:
Hajj is a great act of worship and one of the major rituals of Islam. Allah The Almighty has imposed this act of worship on those who can offer it from among His servants, Saying (what means): {And [due] to Allah from the people is a pilgrimage to the House - for whoever is able to find thereto a way.} [Quran 3: 97] In the famous Hadeeth narrated on the authority of Ibn ‘Umar, may Allah be pleased with him, the Prophet,

, considered Hajj one of the pillars of Islam, saying: "Islam is based on five pillars […] and performing Hajj to the House – for whoever is able to find thereto a way."
This religious obligation is an act of worship to Allah The Almighty. This means that one has to feel his servitude to Allah The Almighty while performing it. It is not just a set of movements that one performs perfunctorily, feeling and understanding nothing. Rather, it implies the meanings of surrender and submission to the commands of Allah The Almighty. This understanding is best illustrated by the statement of ‘Umar ibn Al-Khattaab, may Allah be pleased with him, who said addressing the Black Stone, "By Allah! I know that you are just a stone that is incapable of benefiting or harming; had I not seen the Messenger of Allah kiss you, I would not have kissed you."
This is what helps one attain the true meanings of surrender and submission to Allah The Almighty with the acts of worship He has prescribed. Performing the rituals of Hajj also allows one to remember Allah The Almighty. It was narrated that the Prophet,

, said: "Tawaaf (Circumambulating the Ka‘bah), Sa‘y between As-Safa and Al-Marwah (mountains) and throwing the pebbles have been prescribed just to achieve the remembrance of Allah." This asserts the fact that Allah The Almighty has prescribed mentioning and remembering Him during and after each religious ritual. Allah The Almighty Says (what means): {But when you depart from ‘Arafat, remember Allah at Al- Mash‘ar Al-Haraam.} [Quran 2: 198] This was the practice of the Prophet,

, while performing all the rituals of Hajj. He said: "Learn your rituals (of Hajj) from me."
The second reflection:
The following are the greatest results of Hajj:
A Muslim should always keep these great objectives before his eyes in order to exert his utmost in the rituals of Hajj and ‘Umrah, while hoping for acceptance, in order to enjoy the great rewards in this world and the Hereafter.
To be continued …