Hajj: Religious Obligation or Chance for Engaging in Frivolity? - II 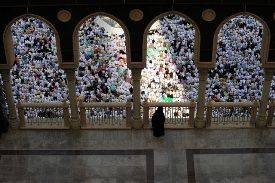 The third reflection:
The most important signs of an accepted Hajj are:
Allah The Almighty warned against associating others with Him in worship, Saying (what means): {Indeed, Allah does not forgive association with Him, but He forgives what is less than that for whom He wills.} [Quran 4: 48] Acting according to the way the Prophet,

, performed Hijjat Al-Wadaa‘ (the Farewell Pilgrimage). It is narrated that he said: "Learn your rituals (of Hajj) from me."
This stresses the fact that the Muslim must be keen to learn the rulings of the different rituals of Hajj for it to be valid. This also asserts that one should neither place himself under hardship in worship nor go to extremes in using the Sharee‘ah concessions. When one does either of these two things, he deviates from the correct path of Hajj and may commit violations that render his Hajj invalid and rejected.
Further restrictions were mentioned by the Prophet,

, in the Hadeeth narrated on the authority of Ibn ‘Umar, may Allah be pleased with them, that the Prophet,

, was asked about what should be worn while one is in a state of Ihraam (sacral state). He answered: "He should not wear shirts, turbans, trousers, hooded cloaks, and Khuffs (leather socks); except if someone cannot find slippers, he may wear Khuffs but he should cut them so that they reach below the ankles; and do not wear clothes perfumed with saffron or Waris (a kind of perfume)." [Al-Bukhari and Muslim. This is the wording of Muslim]
The fourth reflection:
It goes without saying that while we receive this important ritual, we should warn against changing the goal of Hajj from being an act of worship dedicated to Allah The Almighty into an opportunity for political schemes, propaganda in favor of certain countries and raising false slogans. This turns Hajj from being an act of worship dedicated to Allah The Almighty to exploiting this Islamic gathering to boost false worldly ends, where rancor and hatred are propagated. As mentioned earlier, Hajj is an act of worship which the Prophet,

, performed with willingness to receive the reward of Allah The Almighty as well as fear of His punishment. The Prophet,

, said: "Learn your rituals (of Hajj) from me."
The frivolity that is sometimes heard of in the media confirms that a Muslim should beware of falling into these pitfalls so that his Hajj is not rejected, and to avoid exposing himself to punishment in this world as well as in the Hereafter. Here we remind ourselves of the Quranic verse where Allah The Almighty Says (what means): {And [also] whoever intends [a deed] therein of deviation [in religion] or wrongdoing - We will make him taste of a painful punishment.}[Quran 22: 25]
Deviation in religion means turning away from the obedience of Allah The Almighty and committing acts of disobedience. When this deviation is communal and harm is communal as well, the punishment will be even more severe.
The fifth reflection:
Thanking Allah The Almighty for His favors necessitates that we thank all those who engage in Hajj services, starting from the rulers of this noble country as well as all those who provide any type of service, education, guidance, and so on. May Allah The Almighty reward them with the best reward, help them and grant them success.