Longing for Hajj and Preparing Early for it - I 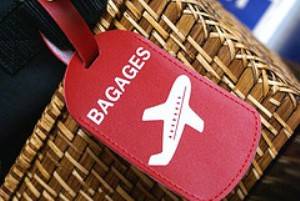 The preparation for Hajj is among the important issues linked to Ramadan. We should make an early start in order to get ready for it so that Allah The Almighty may guide us to perform Hajj to His Sacred House. Just as one should get ready for Ramadan in order to attain the mercy and forgiveness of Allah The Exalted and to be saved from Hell in this great season of forgiveness, one should start preparing for Hajj well in advance as well. If one does not start preparing early, then even if Allah The Almighty decrees Hajj for him, his Hajj may not be Hajj Mabroor (an accepted Hajj) which is not equaled to anything upon which the sun rises as mentioned in a narration from the traditions of the Prophet,

Early preparation for the season of Hajj, the season of forgiveness and great salvation
We should all acquire knowledge of the various aspects of the Hajj for several reasons:
The first is that if Allah The Exalted guides man to perform Hajj, then he is ready for it, and he comes back from it with his sins and misdeeds obliterated. He returns as sinless as a new-born child that has just been delivered by his mother, as mentioned by the Prophet,

in the Saheeh of Al-Bukhari and Muslim. Otherwise, he would be like a person who lives through Ramadan without being forgiven. If man does not get ready for Ramadan in time, when Ramadan comes, he tries to adapt to fasting and performing Qiyaam till Ramadan is over. Just when he tries to taste the sweetness of obedience, the sweetness of Qiyaam, the sweetness of Thikr, the sweetness of the Quran, and when he begins to do the good deeds related to Ramadan, he finds that Ramadan is over. That is why people should get ready for these days and seasons early, so that these seasons arrive and they are ready to receive the mercy of Allah The Almighty. Thus, they receive more of the mercy and forgiveness of Allah The Almighty, and feel closer to Allah The Exalted and good deeds. However, if death approaches him and he is not ready for the mercy, forgiveness and blessings of Allah The Almighty, when will he ever attain them?
The second reason is that if one prepares for these days with righteousness and good deeds, perhaps Allah may guide him and bestow upon him the blessing of Hajj. This is if He finds him keen on attaining the reward of this great obligation which is one of the obligations of Islam, if He finds him keen, truthful and sincere in seeking this season which is one of the seasons of forgiveness. Perhaps Allah The Almighty may, out of His generosity, grant him the blessing of going to His Sacred House.
However, if the season arrives and there are people who are not engaged in learning about Hajj, and it does not cross their minds even once, and who feel that they cannot perform Hajj and do not even think of performing it – this should not be the state of a believer. Rather, one of the most important factors by which Allah The Almighty carries man to His Sacred House is longing for this House. That is to say that when a man has this feeling of longing, Allah The Almighty carries him there regardless of the reasons, regardless of the impediments he was thinking of, regardless of the obstacles he meets and regardless of the preparations he reflects upon such as money, visa and so on. Allah The Almighty drives all these cares away from him all of a sudden. That is why if someone asks: How can one prepare these days for the season of Hajj and great forgiveness whose days are approaching us; namely the months of Hajj which we are living now?
It is said that the first thing with which one gets ready is longing. If one does not have the feeling of longing and yearning for the House of Allah The Almighty, this is evidence that he has no longing to meet Allah The Exalted, nor for the Hereafter. Rather, his heart is tough, hard and distant and this deprives him from the good deeds and great acts that bring him closer to Allah The Almighty which He grants to those who are longing, loving and feel sad when prevented and deprived for many years from reaching the House of Allah The Almighty.
Hence, the first thing with which man gets ready is yearning and longing for the House of Allah The Almighty. If he does not feel longing or yearning, where is his longing for Allah The Exalted? He will remain in this state of deprivation, remoteness and disinclination between himself and Allah The Almighty.
Therefore, this is the first thing with which man prepares himself to be granted the blessings of Allah The Almighty. If Allah The Almighty wants a slave to visit His House and attain the honor of this visit and this great rank of the religion, He enables all the factors that bring this about.
Many times we hear about and watch the journeys of those who have longing for Allah The Exalted. Allah The Almighty arranges for them what they themselves did not expect, such as money, travelling and visa and such other issues which may act as impediments or obstacles. Such obstacles and impediments do not exist for Allah The Almighty, who only has to say to anything: "Be" and it is. In the story of Zakariyya, may Allah exalt his mention, he recited this amazing supplication (which means): {and my wife has been barren, so give me from Yourself an heir.}[Quran 19:5] The verse means, my wife cannot give birth and I want to have a child! My wife is barren but Your mercy, power and might are not compared to anything and this power and might is in charge of everything and capable of making everything possible. Allah The Almighty Says (what means):{His command is only when He intends a thing that He says to it, "Be," and it is.} [Quran 36:82] This meaning also applies to Hajj and other things as well.
Those who long for Allah The Exalted, for His House and for being honored with visiting these places, the places of the endeavor of the righteous, gatherings of the sincere slaves of Allah The Almighty, and the places of mercy where tears are shed and obstacles are removed, should offer something to prove their longing. This longing appears in the good deeds with which they wish Allah The Almighty would carry them and take them to His House, and that Allah the Generous and the Most High grants them this visit, from which one returns with his sins forgiven and himself as sinless as a newborn baby.

Longing for Hajj and Preparing Early for it - II