Longing for Hajj and Preparing Early for it - II 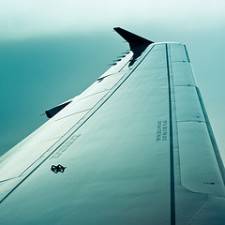 Has one prepared for, reflected upon and longed for that? Were the feelings of longing and yearning for the House of Allah The Almighty evoked in them? Did they feel sadness and regret for the good deeds they missed and the great scenes which are the causes for gaining forgiveness for the great sins, as the Prophet,

, said?
Or are they still heedless about these meanings and far removed from them, and they cannot imagine that they can happen to them or that they may be led to them so they did not engage in visualizing them from the very beginning and did not think of them in the first place? This is not appropriate for people of faith. What is appropriate for them is longing for His House, which is the evidence of longing and yearning to Allah The Almighty. That is why Allah The Exalted Says (what means): {And [mention] when We made the House a place of return for the people and [a place of] security.} [Quran 2:125] This means that people long for it and yearn for it; they go there and they come back thinking that they have not yet fully accomplished their desire and objective from going there, and that they still need to go there again and again!
In other words, they perform Hajj time after time or perform ‘Umrah one time after the other, and still their yearning to this House increases. They never think that they no longer need it and that they have had their share of it. Rather, their yearning for it is intense more than ever, and their longing for it is overwhelming. Whenever they return from it, they long for it again. Therefore, they have a continuous feeling of longing for the House of Allah The Almighty till they meet their Lord, so that their greatest longing is to see Allah The Exalted and to have the pleasure of looking at His Countenance in the Hereafter.
The Virtues of Hajj
When man leaves his home heading towards the Sacred House, with every step he takes, a reward is recorded and a sin is obliterated for him.
When he performs Tawaaf (circumambulation) around the House, he is forgiven.
When he leaves ‘Arafaat, Allah Says: "Depart, O My slaves, you are forgiven."
When he cuts his hair, with every hair he obtains a reward.
When he performs Sa‘y (seven circuits) between As-Safa and Al-Marwah, his reward for this act is equal to the reward of setting free seventy slaves from among the children of Ismaa‘eel, may Allah exalt his mention.
These various meanings and great virtues are gathered in the Hadeeth of the Prophet,

, in which he says: "The reward of Hajj Mabroor (the one accepted by Allah) is nothing except Paradise." [Al-Bukhari and Muslim] We should reflect upon this meaning. One should not think that he cannot perform Hajj because he has no money. On the contrary, the Prophet,

, said: "A pilgrim never suffers poverty." [At-Tabaraani] That is to say that no pilgrim would need the money he spent on Hajj. When you long for Hajj and Allah The Almighty carries you to His House, then He has solved all problems for you. Do not think that money may be an obstacle as money should not be considered one of the reasons of hardships and obstacles that stand in your way. Moreover, one should not think afterwards that if his money decreases because of Hajj or ‘Umrah that he may suffer poverty or that his money will diminish. The Prophet,

, said: "A pilgrim never suffers poverty", because spending a Dirham in Hajj as mentioned in the Hasan Hadeeth is rewarded with seven hundred Dirhams in return granted to him by Allah The Almighty. Thus, Allah The Exalted subjugated for you all the obstacles as He subjugated them in the season of Ramadan. This is achieved by making Ramadan the month of mercy, forgiveness and salvation from Hell. The gates to Paradise are opened, and the gates to Hell are closed, a caller cries out, “O seeker of good, proceed; O seeker of evil, desist,” and the devils are chained. The same applies to the season of Hajj. Allah The Exalted subjugated everything to man; He only expects from His slaves to long for Him and yearn for His House. This will prove their longing and love for their Lord, and their hastening to His House to obey Him and draw closer to Him and to prove that by arriving at the House, they will arrive at the Lord of the House, Allah willing.

Longing for Hajj and Preparing Early for it - I