Hajj: A Crash Course in Discipline 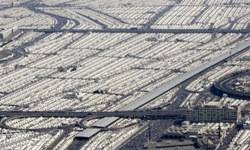 Discipline is the set of practical behavior that one practices during one's daily routine. Islamic rulings in essence are disciplinary in nature, since they all aim at disciplining the human being according to a divine method that befits his nature and makes him acquainted with the Rights of Allah over him, the rights of himself, the rights of others as well as his rights over them.

Performing the ritual of Hajj is one of these disciplinary rulings that entails great discipline, which many Muslims are not used to adopting in their everyday life. Nonetheless, Hajj trains man to endure them whenever he faces similar or even severer circumstances.

These aspects are many, including:

1)     Abandoning comfort: As long as man is at home, all his wants and needs are fulfilled. The journey of Hajj, however, is not comfortable at all and one no longer finds the tranquility and repose that he feels at home. Thus, Hajj teaches a new type of discipline that he is not familiar with. During Hajj, a person is practically trained to bear hardships and sacrifice, and perhaps sacrifice for others. One is trained to live not only for himself, but for himself and others.

One may also experience or witness a situation that causes him to forget his own comfort. This urges him to be less attached to the pleasures of the worldly life and suffice with his basic needs.

2)     Feeling the value of time: The Muslim Ummah (nation) is guilty of wasting time and not utilizing it properly, especially when compared to other nations. Muslims spend many hours in idle talk and thus, they fail to achieve their interests either due to the passing away of the specified time or negligence in utilizing it. The obligation of Hajj, however, regulates one's habits. The pilgrim is required to arrive at Mina on the Day of Tarwiyah (the 8th day of Thul-Hijjah) and offers Thuhr (noon), ‘Asr (afternoon), Maghrib (sunset), ‘Ishaa’ (night) and Subh (morning) prayers. Then he moves to ‘Arafah at the specified time and stays there until sunset, but he cannot perform the Maghrib Prayer there. Rather, he has to move to Muzdalifah and then perform the Maghrib and ‘Ishaa’ prayers. After performing the Subh Prayer and before the sunrise, he departs Muzdalifah.

These journeys during Hajj teach one how to organize his time. The pilgrim should learn this manner in order to organize his future life. If one is not organized in utilizing his time, the journey of Hajj teaches him how to do this and save his minutes and hours. As such, he usually thinks about the statement of the one who taught us the rites of Hajj, the Prophet

: "The feet of a slave will not move on the Day of Judgment until he is questioned about [four things:] his life – how he spent it, his knowledge – how he acted upon it, his wealth – where he earned it and how he spent it, and his body – how he used it."

3)     Patience with life's problems: It is part of human nature to show impatience and discontent whenever he faces even a slight problem. Hajj changes people's ideas in this respect. It motivates the feelings of change and inspires man to the conclusion that enjoying the same comforts and luxuries in life is not guaranteed forever. Rather, it is possible that one may experience difficult conditions and face tough circumstances in his future life. Hajj gives you practical lessons on patience.

4)     Identify the problems of his fellow Muslims around the world: The Muslim is a brother of other Muslims. He shares with them their joys and sadness, advises them to be thankful when they are given and to be patient when they are deprived, and so on. Hajj is an annual meeting of Muslims where they get an opportunity to study their problems, social, cultural, educational, economic and religious problems.

The person from Indonesia raises his problems, and similarly does the Moroccan, the European and the American. They study the problem and address it in a way that pleases Allah and His Messenger

since the Muslim Ummah (nation) in general will not agree on an act of falsehood, as the Prophet

5)     Planning for a better future: The larger the gathering is, the best and the most ideal it will be the planning for the future. That is why we are commanded to apply the principle of consultation. Allah The Almighty Says (what means): {And those who have responded to their Lord and established prayer and whose affair is [determined by] consultation among themselves, and from what We Have Provided them, they spend.} [Quran 42:38] Hajj provides a rare opportunity for such things. Through this gathering, Muslims can study the means of developing the Muslim Ummah in order to be among the developed countries.