Behavioral and Educational Purposes of Hajj‎‎ 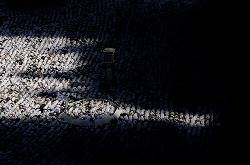 ‎‎Education is the behavior that man displays everyday. Thus, if it is said that Islamic rulings educate Muslims, it would be the truth, as all Islamic rulings aim at educating man in Divine etiquette that suits man's innate nature and acquaints him with the rights of Allah The Almighty, his duties towards himself and towards others, and the duties of others towards him.

Performing Hajj is one of these educational rulings, as Hajj trains the Muslim individual to endure certain conditions that he may not be accustomed to in his everyday life.‎‎ ‎‎There are many lessons that the pilgrim learns in Hajj; the most important ones of which are:‎‎

1. ‎‎Sacrificing comfort: When a person is at home all his needs are taken care of, but the Hajj journey takes him away from home and thus away from the peace, quiet and comfort of his home. Hence, Hajj teaches people to get used to hardship and to sacrifice for the sake of others.‎‎

‎When a person encounters a situation or witnesses a scene that makes him forget all about comfort, this trains him to abstain from the pleasures of life and to only take from them whatever satisfies his basic needs.‎

2. Appreciating the value of time: Today, the Muslim nation is one that wastes time and does not utilize it to the utmost, as most of its members spend hours in idle talk which leads to losing out on many interests. Hajj teaches Muslims to be punctual as the pilgrims must go to Mina on the Day of Tarwiyah, pray Thuhr, ‘Asr, Maghrib and ‘Ishaa’ there then move to ‘Arafaat on the specified day and stay there until Maghrib, then move to Muzdalifah and pray both Maghrib and ‘Ishaa’ there. Then they leave Muzdalifah after Fajr prayer and before the sun rises.

Travelling from one place to another on specific days and times during Hajj teaches pilgrims how to be punctual, and pilgrims should apply this in their practical life. The pilgrim should keep in mind that the Prophet

3. Patience in confronting the problems of life: Man is created with a propensity for anxiety and impatience when he faces the slightest problem that threatens his lifestyle, but Hajj awakens the feeling of change inside him. Hajj teaches pilgrims that it is not necessary to stick to a certain way of life and that luxury and ease are not permanent as one might encounter problems and face hard times in the future. Thus, Hajj provides a practical lesson in being patient.

4. Becoming acquainted with the problems of fellow Muslims from all over the world: Muslims are brothers in faith and they should share their joys and sorrows. A Muslim should advise his brother to praise Allah The Almighty when he is granted favors and to be patient when he faces trouble. Hajj is an annual meeting ground for Muslims where they can discuss their social, cultural, educational, economic and religious problems.

For example, an Indonesian person would talk about his problems, and the Moroccan, American and European would do the same. They would all discuss problems and try to reach a suitable solution that satisfies Allah The Almighty and His Messenger as the consensus of the Ummah (Muslim nation) is infallible. The Prophet

said: "My Ummah will never agree upon deviation."

5. Planning for a better future: The more people gather, the better the planning is and this is why Allah The Almighty Says (what means): {and whose affair is [determined by] consultation among themselves, and from what We have provided them, they spend.} [Quran 42: 38] Hajj offers a unique opportunity for consultation as Muslims can discuss the means to advance the Ummah and help it to reach the ranks of the developed nations.