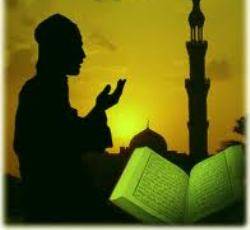 During this great season, as Muslims around the world prepare to perform the Hajj, an act of worship that entails multiple obligations, we would like to address and admonish the pilgrims.

• {…Indeed, Allah will not change the condition of a people until they change what is in themselves….} [Quran 13:11] ‎

Today, the Ummah is witnessing and experiencing one of the hardest and most critical periods in its history. These are days when the Ummah is humiliated and its members are being slain and tortured all over the world. The only real and comprehensive solution to stop these tragedies is for the Ummah to return to the essence of its religion and to adhere to it completely.

Our Ummah is a righteous one, but it has been subjected to deceitful schemes, misguidance and somnolence by the enemies of the religion and their helpers. This has made many of the members of the Ummah lax and led to them committing different sins persistently, such that they do not even regard such sins as bringing the Wrath of Allah The Almighty.

The Ummah has been distracted from endeavoring to achieve reform and progress and to spread its sound ‘Aqeedah (creed) and its divine call all over the world.

Undoubtedly, if our Ummah made use of this great pillar and pilgrims applied the wisdom and lessons learned from Hajj – the most important of which is sincere repentance – after their return, the Islamic Ummah would achieve reform and regain its pride. It is not difficult for Allah The Almighty to grant it victory and restore its leadership of the world in a few years.

The Lessons and Wisdom of Hajj Start from the Point of Assuming the State of Ihraam (the Sacral State):

• When assuming the state of Ihraam, we are reminded of abandoning the blight of the worldly life; and performing Ghusl (ritual bath) is to shed the past in which we have committed sins and fallen short of performing our obligations.

• We say "Labbayk Allahumma Labbayk. (O Allah, I answer Your call)." The broad meaning of this Talbiyah is that we go to Allah The Almighty and obey Him in all aspects of life; we abide by the teachings of the religion that Allah Chose for us and we love Allah, are sincere to Him and worship Him Alone without associating any partners with Him.

• Many meanings are inferred from saying the Takbeer, that is the words "Allahu Akbar (Allah is The Greatest)." Allah The Almighty is the Greatest and we must keep His Good Pleasure as the greatest of all goals. We perform Tawaaf around the Ka’bah, stay at Mina, go to ‘Arafat then Muzdalifah and return to Mina. We perform all the rites of Hajj just as we were ordered, in obedience to Allah The Almighty and to establish our servitude in all aspects of our life: in our ‘Aqeedah, thoughts, values, concepts, deeds and conduct.

• When throwing the pebbles for three days, we remember our continuous war with the devil and that we must not succumb to his seduction and temptation. This also trains us to be wary of the devil and his helpers among humankind who spearhead his schemes to make people deviate. Such helpers have become corrupted and are still corrupting the Islamic Ummah and are keeping it away from its true religion and the orders of Sharee’ah through their different means.

• When slaughtering our sacrifices, we remember the example of the Prophets Ibraaheem (Abraham) and Ismaa’eel (Ishmael), may Allah exalt their mention, when they did not hesitate to fulfill the orders of the Creator, glory be to Him.

• We shave our heads in ultimate submission to Allah The Almighty and His orders and this is a statement of the obedience that we need to achieve all the days of our life.

• All the rites of Hajj, which clearly require us to exert efforts and endure various hardships, remind us of the act of worship that is the pinnacle of Islam, Jihaad, which has been weakened in the Ummah ever since it deviated from the essence of Islam in many matters. Should we not then train ourselves to aspire to reach this peak and strive against ourselves to achieve the most perfect type of Jihaad by obliging our souls to obey Allah The Almighty, adhere to His orders and apply His legislation?

• All the rites of Hajj also remind us of a major duty, of which we are in dire need in this age of ours, which is calling to Allah The Almighty and exerting efforts for the sake of that call.

Unfortunately, many people have forgotten this duty as if it never was an obligation upon them. During Hajj, we remember and reflect upon the story of the first one who called people to perform Hajj, the father of the Prophets, Ibraaheem

and we learn a lesson from the efforts and sacrifices that he offered for the sake of calling to Allah The Almighty and establishing and spreading His religion.

All the wisdom and innumerable lessons learned from this great pillar are a call for change and for exerting efforts to do what satisfies Allah The Almighty in all aspects of life. Hajj is a school, or rather a university, which educates the Ummah to do all that is beneficial for it and which elevates its status.

Allah The Almighty Says (what means): {Their meat will not reach Allah, nor will their blood, but what reaches Him is piety from you…..} [Quran 22:37]

"The reward of an accepted Hajj is forgiveness!" He

said, "The sign of this is that one would avoid the bad deeds that he used to do."

Hajj is one of the greatest aspects of our religion, and Allah The Almighty has favored you by performing this obligatory act of worship and you, Allah willing, will be one of those who will return free of sins as on the day their mothers gave birth to them; just like a pure white page. Hence, dear brother and sister, do not tarnish this clean page with sins that you commit again and persist in doing them after you return from Hajj.

‎Allah The Almighty Says (what means): {And do not be like she who untwisted her spun thread after it was strong….} [Quran 16:92] ‎

Remember that one of the signs of having an accepted Hajj, which is what you hope for, is to become a better person who endeavors to perform all that is good and avoid all that is evil, to invite people to Allah The Almighty according to your ability and to endeavor to develop the Ummah.

Be careful, review all your deeds in view of the Sharee’ah and scrutinize them closely so that you will not be among those who commit sins without feeling that they are doing so or without caring about it!

Be keen on keeping the pages white and pure; indeed, strive to increase their purity, so that you would be happy when you meet Allah The Almighty and help our Ummah on the road to success, pride and victory.

‎Allah The Almighty Says (what means):