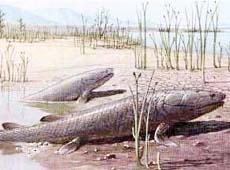 When we look at the Western media carefully, we frequently come across news dwelling on the theory of evolution. Leading media organisations, and well-known and “respectable” magazines periodically bring this subject up. When their approach is examined, one gets the impression that this theory is an absolutely proven fact leaving no room for discussion.

Ordinary people reading this kind of news naturally start to think that the theory of evolution is a fact as certain as any law of mathematics. News of this sort that appears in prominent media engines is also picked up by local media. They print headlines in big fonts: “According to Time magazine, a new fossil that completes the gap in the fossil chain has been found”; or “Nature” indicates that scientists have shed light on the final issues of the evolution theory”. The finding of “the last missing link of the evolution chain” means nothing because there is not a single thing proven about evolution. Everything shown as evidence is false as we have described in the previous articles. In addition to the media, the same holds true for scientific resources, encyclopaedias, and biology textbooks.

In short, both the media and academic circles, which are at the disposal of anti-religionist power-centres, maintain an entirely evolutionist view which they impose on society. This imposition is so effective that it has, in time, turned evolution into an idea that is never to be rejected. Denying evolution is seen as being contradictory to science and as disregarding fundamental realities. This is why, not withstanding so many deficiencies that have so far been revealed (especially since the 1950s) and the fact that these have been confessed by evolutionist scientists themselves, today it is all but impossible to find any criticism of evolution in scientific circles or in the media.

Widely accepted as the most “respected” publishing vehicles on biology and nature in the West, magazines such as Scientific American, Nature, Focus, and National Geographic adopt the theory of evolution as an official ideology and try to present this theory as a proven fact.

Evolutionists make great use of the advantage given to them by the “brain-washing” program of the media. Many people believe in evolution so unconditionally that they do not even bother to ask “how” and “why”. This means that evolutionists can package their lies so as to be easily persuasive.

For instance, even in the most ‘scientific” evolutionist books, the “transition from water to land” - which is one of the greatest unaccounted-for phenomena of evolution - is “explained” with ridiculous simplicity. According to evolution, life started in water and the first developed animals were fish. The theory has it that one day these fish started to fling themselves on to the land for some reason or the other, (mostly, drought is cited as the reason), and the fish that chose to live on land, happened to have feet instead of fins, and lungs instead of gills.

Most evolutionist books do not tell the “how” of the subject. Even in the most “scientific" sources, the absurdity of this assertion is concealed behind sentences such as “the transfer from water to land was achieved.”

How was this “transfer” achieved? We know that a fish cannot live for more than a few minutes out of water. If we suppose that the alleged drought occurred and the fish had to move towards the land, what would have happened to the fish? The response is evident. All of the fish coming out of the water would die one by one in a few minutes. Even if this process had lasted for a period of ten million years, the answer would still be the same: the fish would die, one by one. The reason is that such a complex organ as a complete lung cannot come into being by a sudden “accident”, that is, by mutation. And half a lung, on the other hand, is of no use at all.

But this is exactly what the evolutionists propose. “Transfer from water to land”, “transfer from land to air” and many more alleged leaps are “explained” in these illogical terms. As for the formation of really complex organs such as the eye and ear, evolutionists prefer not to say anything at all.

It is easy to influence the man on the street with the package of “science”. You draw an imaginary picture representing transfer to water from land, you invent Latin words for the animal in water, its “descendant” on land, and the “transitional intermediary form” (which is an imaginary animal), and then fabricate an elaborate lie: “Eusthenopteron transformed first into Rhipitistian Crossoptergian, then Ichthyostega in a long evolutionary process”. If you put these words in the mouth of a scientist with thick glasses and a white coat, you would succeed in convincing many people, because the media, which dedicates itself to promoting evolution, would announce the good news to the world with great enthusiasm.