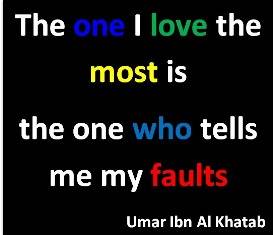 as his successor. The Muslims at large took Bay’ah (oath of allegiance) at the hand of 'Umar

in Al-Madeenah on Tuesday, 23 Jumad Al-Akhir, 13 AH. After accepting the oath of allegiance for his Caliphate, 'Umar

aroused in the people the determination for taking part in Jihad. He desired to continue the conquests begun by Abu Bakr

had to face the two superpowers – the Byzantine and Persian Empires. Actually, he was politically and militarily gifted – a fact that will be proven through this article.

Important events during the Caliphate of 'Umar

laid a siege around the city. Although the city contained large barracks, the Romans could not muster enough courage to face the Muslims in the open. They had to take refuge in their strong fortifications and use defensive means of war. At times, the besieged Romans hurled stones through catapults and shot arrows at the Muslim soldiers, which were countered effectively and without delay. The siege dragged on for about six months. The reinforcements dispatched by Heraclius to Damascus were effectively intercepted by Muslim troops. At last, the people of Damascus lost hope of Heraclius' help and their zeal for battle began to dissolve. On being informed of their distress and despair, Abu 'Ubaydah

issued orders to all the commanders to launch a full-scale attack the next morning.

When the besieged Romans came to know of the Muslim army’s next step, a deputation appeared before Khalid bin Al-Waleed

at Tuma gate and sought peace, which the Muslim commander immediately granted and entered the city without any fight.

About the same time that Khalid bin Al-Waleed

entered the city with the peace agreement, other commanders and their men forced into the city through ladders and by breaking the gates open. Khalid ibn Waleed and Abu 'Ubaydah

came across each other in the middle of the city.

When the two commanders met in the middle of the city, the question arose whether the city was peacefully seized or conquered by force. Some people argued that since Khalid ibn Waleed

was simply a commander, he had no right to write a peace document when the commander-in-chief was there to make a final decision. However, Abu 'Ubaydah bin Al-Jarrah

rejected this point by saying that if peace or shelter was provided even by an ordinary member of the army, it applied to everyone. He declared peace to prevail in the entire city according to the peace document signed by Khalid

and every point therein was handled with due care. The citizens of Damascus enjoyed perfect peace. Yazeed bin Abu Sufyan

was appointed as the governor of Damascus, who not only brought peace to the city but let the Roman soldiers go at will.

Conquest of Saida, Irqah and (in today)

to Irqah at the head of a squadron who conquered Irqah without facing any resistance. Yazeed then turned to Saida, Habil and Beirut, and these territories easily yielded to the Muslim attack. Thus, Damascus and the entire territory of Jordan came under control of the Muslims.

In the very first week after assuming the Caliphate, 'Umar

to Iraq. Even though Abu 'Ubayd bin Mas’ood

the commander-in-chief of the Iraqi forces, left Al-Madeenah along with Muthanna bin Harithah

he stopped to take with him men from the Arab tribes along the way and made brief halts at different places, he reached Iraq one month after Muthanna. On reaching Hirah, Muthanna bin Harithah

saw with anxiety that the Persians had roused all the Iraqi chiefs against the Muslims, and Rustam, an eminent Persian leader and the governor of Khurasan, had taken his position in Mada'in, the Persian capital, after making massive military preparations. With the arrival of Muthanna, Rustam sent a large army to combat him. Rustam sent another huge army to Kaskar headed by Narsi, a very brave and experienced general of the royal family. The third strong army he entrusted to Jaban and sent it towards the Euphrates, they pitched their camp at Namariq. Muthanna bin Harithah, may Allah be pleased with him, on the other hand came out from Hirah and camped at Khaffan.

arrived and took charge of the entire Muslim army. He left Muthanna at Khaffan, entrusting him with the command of the Muslim cavalry and he launched a massive attack on Jaban at Namariq and tore apart their ranks, causing the Persians to flee the battlefield.

fought fierce battles against Persians and inflicted them with heavy losses. But the Persians had begun to put elephants ahead of their army with archers sitting on them. The horses on the Muslim side had never seen elephants before and they began to flee in terror at the sight of the huge animals. With this scenario of the battle, Abu 'Ubayd asked his men to fight on foot. When the elephants began to trample the Islamic ranks under their feet, Abu 'Ubayd

called out to strike their swords at the elephants’ trunks and he was himself the first to do this. He cut off the trunks of several elephants and inflicted deep injuries on their feet, which resulted in the riders being thrown off and killed.

Inspired by the matchless bravery of their commanders and commanding officers, the Muslim soldiers made heroic assaults on the elephants. During these fateful moments, Abu 'Ubayd bin Mas'ood

came under the attack of a combat elephant. He fell upon the elephant and struck its trunk off with one stroke of his sword. Despite this, the aggressive animal knocked him down and put its foot on him, crushing his chest. This battle took a toll of 6000 Muslim combatants.

came to know of the martyrdom of Abu 'Ubayd

and the heavy losses incurred by the Muslims, he became infuriated and with all his energy and resources he commenced preparations for a fresh campaign against the Persians. He dispatched heralds and messengers to all the tribes and roused them to fight for Islam. Several tribes poured into Al-Madeenah and were dispatched to Iraq to lend their help to Muthanna

who had already launched a recruiting drive, which resulted in a large army.

When the Persians were informed of these preparations, Rustam sent a huge army under the command of Mehran Hamadani. The reason Mehran was nominated to the command, was that he was brought up in Arabia and could, therefore, realize the power and strength of the Arabs and appreciate the magnitude of the task before him. Informed of the Persian movements, Muthanna bin Harithah marched with his army and encamped at Buwayb, along the Euphrates. Mehran, marching from the capital, advanced straight upon Buwayb and pitched his camp on the other side of the Euphrates. Mehran then sent word to Muthanna to either come to his side or let him come to his (Muthanna's) own side. In the light of the bitter experience of the past, Muthanna invited him to his side. Mehran crossed the river with his entire army and combat elephants. Then, he arranged his forces in such a manner that he put his infantry in front, followed by elephants with archers sitting on them, and both right and left flanks occupied by cavalry divisions.

The Islamic army was also ready to fight. The Persians initiated the attack, which was answered by the Muslims. The battle grew intense and both sides displayed bravery. However, the Muslims were crowned with victory. When Muthanna bin Harithah noticed the Persians running away, he rushed forward and broke the bridge, with the result that a large number of the enemy soldiers were either killed or drowned. Mehran Hamadani was also killed on the battlefield. The Persian fugitives were given chase up to Sabat. At that point, the entire territory from Sawad to Tigris came under the Muslim forces. This battle took place in Ramadan 13 AH.