The caliphate of 'Ali -III 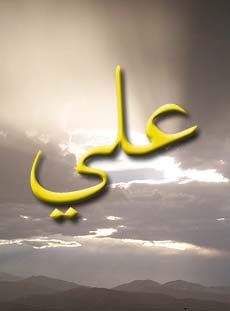 'Ali, may Allah be pleased with him, arrived to Siffeen in the year 37 A.H. Abu Muslim Al-Khawlaani entered Mu'aawiya's place and asked him: "Do you claim caliphate from 'Ali"? Are you on equal footing with him?"

Mu'aawiya, may Allah be pleased with him, replied: "No, by Allah. I know that 'Ali is better and has more right to the caliphate. But do you not know that 'Uthmaan, may Allah be pleased with him, was unjustly killed? I am his cousin and claimant to his blood. So please go back to 'Ali and ask him to hand over to me the killers of 'Uthmaan and I'll hand over my allegiance to him."

So he went back to 'Ali and talked to him about the handing over of the killers but he refused to do so.

Accordingly, Mu'aawiya was neither claiming caliphate nor was he challenging 'Ali about it. Therefore, when dispute ensued among them, as will be shown, and arbitration took place, Mu'aawiya objected to the title given to 'Ali, i.e. Ameer Al-Mu'mineen, Chief of the Faithful. He asked the writer of the script, in the presence of 'Ali not to write down the title and addressed 'Ali saying: "Had it been that I pledged allegiance to you, I would not have fought you. Then he looked at the document writer and said: "Write his name in front of mine because of his magnitude and the goodness he did for Islam."

Fighting between Mu'aawiya and 'Ali was not at all between two caliphs. It was because Ali wanted to relieve Mu'aawiya from the post he gave to himself. Mu'aawiya was refusing to be dispensed with unless he could kill the killers of his cousin 'Uthmaan, may Allah be pleased with him, or that they be handed over to him.

'Ali's army totaled about one hundred thousand while Mu'aawiya's totaled about seventy thousands. The battle continued for more than a week. After a week of severe battles, both the armies got ready for a decisive battle. On Safar 8, 37 AH, 'Ali launched his attack on Mu'aawiyah's army. 'Ali occupied a place in the center where the notables of Koofah, Basrah, Al-Madeenah and from Banu Khuzaa'ah and Banu Kinaanah had their presence. Every clan had its fixed place, separate standard and leading officer. At last, 'Ammaar Ibn Yaasir, may Allah be pleased with him, was killed. The news of 'Ammaar Ibn Yaasir's death saddened 'Ali. The Syrian army too was aroused to fight forcefully. The battle air was filled with the rattling sound of swords and spears and loud voices of martial poems. This was the night of Friday, it is known as Lailat-ul-Harir. 'Ali was running through the battleground with lighting speed directing the right wing then guiding the left and at times crossing swords with the Syrians. 'Abdullaah Ibn 'Abbaas, may Allah be pleased with him, was heading the left wing while Al-Ashtar was in charge of the right one. Mu'aawiyah was also fighting with 'Amr Ibn Al-'Aas, may Allah be pleased with him, and the other chiefs. The night passed in fierce fighting but with no outcome.

'Ali, may Allah be pleased with him, had an opportunity to separate a portion of his troops to launch a heavy attack on the Syrians while keeping them engaged from the other side. Maalik Al-Ashtar made a tremendous attack with his cavalry and reached the heart of enemy pushing and smashing the Syrians. When 'Ali, may Allah be pleased with him, saw his cavalry making inroads into the enemy's heart, he started sending reinforcements after reinforcements to strengthen the attack. His strategy worked. The standard-bearer of the Syrian Army was killed by Al-Ashtar.

Now the scene of carnage was near the camp of Mu'aawiyah and 'Amr Ibn Al-'Aas, may Allah be pleased with them. Al-Ashtar's dashing charge broke the right and left wings and both sides shrank into fighting in a small circle leaving no chance for the opponents to enforce their strength. Large-scale killings including that of the standard-bearer had terribly frightened Mu'aawiyah's camp whose defeat was now imminent. In such a crucial and chaotic stage, 'Amr Ibn Al-'Aas salvaged their position with a novel device.

At this juncture, 'Amr Ibn Al-'Aas counseled Mu'aawiyah, may Allah be pleased with them, to order his men to raise the Quran high on the point of their spears crying aloud: "Between you and us is the Book of Allah." The Syrians began to say that they bowed down to the verdict of the Quran. Thus the battle ended with dozens of thousands killed from both sides. Such a clash of Muslim forces was a terrible catastrophe. No party became victorious and both Ali and Mu'aawiyah, may Allah be pleased with them, agreed to arbitration.

said: "The main realm of Ahlus-Sunnah wal Jamaa'ah approved those who fought with 'Ali. It has been proven that those who fought 'Ali, may Allah be pleased with him, were aggressors. However, they are in full agreement that none of these will be castigated. Instead, it should be said that they have practiced Ijitihaad (reasoning based on their understanding to the texts) but were mistaken."

(may Allah exalt his mention) had said to 'Ammaar Ibn Yaasir who was fighting on the side of 'Ali, may Allah be pleased with them: "O, 'Ammaar the transgressing group will kill you." [Muslim]

was asked: "Could you comment on this narration (i.e. O, 'Ammaar the transgressing group will kill you)?" He said: "I could not. Not talking about it is safer." He added. "It was as the Prophet

said, the transgressing group killed him. Then he did not talk anymore about this narration."

said: "Ahlus-Sunnah wal Jamaa'ah agreed upon not defaming any of the Companions, may Alaah be pleased with them, because of what they had done, because they fought only as a result of their practice of Ijitihaad."

said in support of those who were on the side of 'Ali "If Muslims avoided any dispute which takes place among the Ummah (Muslim community) by keeping to their homes, the penal laws would have never been carried out, and the sinful would have found it easy to commit any sin they so desired, i.e. there will be chaos in the Muslim community."

related that the majority of scholars

refrained from talking about this case. Ibn Al-Qayyim

said: "If someone says that 'Ali was the first to fight, he will be told that they first did not obey him or pledge allegiance to him. They even considered him a party to the killing of 'Uthmaan and an unjust person."