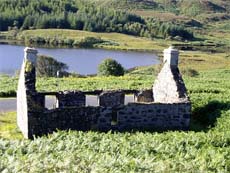 Furthermore, drugs are one of the reasons behind family disintegration. This is a dangerous disease that has affected a lot of the youth nowadays. Our enemies have spread drugs and on account of our youth not being brought up Islamically, this explosion of drugs is but a natural result.

Also, unemployment forces young men to deal with drugs to make money and so do their family problems drive them to use it. Fathers do not care who their sons befriend, as well, and in this way, they might make friends with evil people who introduce drugs to them whilst the parent is heedless.

Family breakdown also results from lack of compassion and benevolence in the house, on the parents' part. The father returns from work, eats, drinks, sleeps and then wakes up and spends the night with his friends; meanwhile, the mother is busy with the new fashions surfacing in the market and with visiting her friends, and has no time to attend to her children, who are being looked after by a maid.

As regards working mothers, who become exhausted due to their nature of possessing weak bodies, work problems affect them physically and emotionally; therefore, they do not have the time or mind to check on their children before going to work.

Some mothers admit that they have gotten fed up with their children and husbands. Furthermore, the father claims that he provides them with the best food, drinks, toys, computers as well as school necessities, and that they lack nothing. What a poor man, though! In truth, they lack something which is very essential – love and compassion and a good model. These men are only spending to suffice their children’s bodies, whereas they need them to sit and play with them.

Listen to what Allah Says regarding Prophet Yahya

Allah, then, made this compassion and mercy give rise to something great, as He Says, referring to him

what means: {And dutiful to his parents, and he was not a disobedient tyrant.} [Quran 19:14]

Another of the causes of the collapse of the family is the use of magic, for people take revenge from each other by means of it, which has resulted in Islamic monotheism fading away from people’s practices. Magic is certainly a reality and it does have effects on people. Allah Says (what means): {…And [yet] they learn from them (the two angels as a test for people) that by which they cause separation between a man and his wife. But do not harm anyone through it except by permission of Allah….} [Quran 2:102]

Surely, no harm can be done except with the leave of Allah and unless He has already decreed that it would cause detriment. Allah continues to Say (what means): {…And they [i.e. people] learn what harm them and do not benefit them. But they [i.e. the Children of Israel] certainly knew that whoever purchased it [i.e. magic] would not have in the Hereafter any share….} [Quran 2:102]

Accordingly, he who deals with magic will have no share in the Hereafter, meaning no reward. The penal law for the magician is to be killed because magicians are really disbelievers. Allah concludes this verse, Saying (what means): {…And wretched is that for which they sold themselves, if they only knew.}

Nonetheless, in the present day, people are confused and unaware of the reality of magic; they believe that a magician can kill them and do not rely on Allah, Who Says (what means): {And whoever relies upon Allah — then He is sufficient for him….} [Quran 65:3]

Putting one's faith in Allah stops the effect of magic, whilst weak souls who are not obedient and whose conviction is wavering will definitely be affected. It is they who do not maintain their daily remembrance of Allah and the designated Thikr (remembrance of Allah) and supplications at bed time or after prayers, such as the recitation of Chapters Al-Falaq, An-Nas and Al-Ikhlas three times after the prayer and before going to bed, for these chapters are the best cure for magic and for preventing it.

Additionally, one needs to be careful concerning who enters the house and allow only righteous people to come inside, since otherwise, evil people who might place magic in the house would enter and then people will have to start looking for someone to cure them from the spell.

was affected by magic which was done over him by a Jewish magician; what cured him from it? It was by means of these three aforementioned chapters and with the permission of Allah, together with the blessings of the Quran, which has a great effect on the souls and heals, provided that people believe in its effect.

Video and television are also amongst the causes of the disintegration of the family, for these two devices disseminate poison and immorality. Some people think that it brings the family closer when they gather to watch a movie on video or television, although the fact is that they do not talk to each other whilst the film is playing and if one does try to make a comment, everybody silences him. In some houses, there is a television set in each room, plus the satellite dish that you would spot everywhere.

Statistics have proved that television deprives a person from enjoying his social life and from reading; it helps in isolating him from others and reduces the level of understanding between spouses besides distracting students from their studies. It has also been confirmed that kids do not spend the required amount of time with the rest of the family after the television has crossed the doorstep of people’s homes. This is in addition to the types of corruption they are exposed to because of it.

Continuing the talk about the reasons of breakdown, one of which is allowing the girls to talk on the phone with just about anybody. A young man might talk to her, praising and flirting with her, making her feel like she is floating in the sky; as soon as she returns from school, she sits next to the phone awaiting his call to hear more of his flirting. Afterwards, he falsely promises to marry her, requests to meet her and then, this leads to her committing adultery; the disaster takes places, whereby she loses the most precious thing she possesses, then he walks out on her and what happens? When people come to ask for her hand, what can she say? This is all due to the lack of supervision and the wrong way of upbringing by the parents.

If we do not return to Allah with sincerity, more collapse will occur and we will fall to the same level as the disbelievers' societies, where elders are humiliated and placed in foster homes, and daughters become rebellious and go out on the streets; thereupon, we will be sitting, watching what happens helplessly.

Are we wise enough to truly return to Allah and put an end to the state our families have reached?

You will be held accountable concerning what you are entrusted with, for these children are a trust which Allah has placed in your hands and will ask you about on a Day when wealth and offspring will be futile and only he who meets Allah with a sound heart will benefit from his heart that is full of faith.

Each person will be concerned only about his own self and people will pay no attention to their fathers, mothers, brothers or sisters. This will be the Day of Judgment, the great, horrible Day which is fifty thousand years long. We honestly need to keep the remembrance of this day alive in our hearts and minds and start rectifying our situation.