Different Types of Women in Ramadan‎‎: Which One Are You? – I 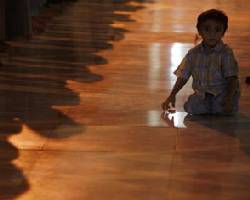 ‎‎Some women spend most of their time in Ramadan in the kitchen ‎and do not dedicate time to remembering Allah The Almighty or reciting the Quran. A woman in this category misses out on the reward of such good deeds and behaves as if the month of Ramadan is just a month for indulging in eating and drinking, not a month for fasting, praying at night and reciting the Quran.‎

‎Some other women wish to pray and fast with people, so they take pills to delay menstruation despite the fact that it is better not to do so and be satisfied with what Allah The Almighty has decreed, as such pills cause side-effects and long-term harmful effects according to doctors. Besides, Allah The Almighty has ordained this for women due to a certain wisdom that He knows and preventing it is against sound nature. ‎

‎When having menstruation or post-partum bleeding, some women become slack and do not remember Allah The Almighty or recite the Quran, despite the fact that it is permissible to do so. According to the sound opinion of scholars, it is permissible for them to recite the Quran without touching the Mus-haf (copy of the Quran) directly. Menstruating women may read useful books, listen to the Quran or any other useful programs on the radio, audio tapes or CDs and they will be rewarded according to their intention. ‎‎Some women go to the mosque to pray the Taraaweeh (voluntary night prayers) while exposing their beauty without considering the fact that women are considered ‘Awrah (should not be exposed). Some other women go to the mosque alone with a non-Mahram (marriageable) male driver and this is considered forbidden seclusion. In such cases, staying at home is better.‎

known what women did after him, he would have prevented them from going to the mosque."‎ ‎If this is what she said about the female Companions and the women of the first generation, what would she say if she saw the women of our age? ‎‎

‎Some women go to the mosque accompanied by their young children who are difficult to control outdoors. Some of the children may cry, while others would run around the mosque. They might gather and use the mosque as a playground where they can run and chase one another. They might even take some Mus-hafs and play with them or hurt the people who are praying, besides the disturbance that they cause for all the people who are praying.

‎‎Some women wear perfume when they go to the mosque and this is forbidden.‎ ‎The Prophet

said:‎ ‎"Any woman who applies incense should not witness the ‘Ishaa’ prayer with us.” [Muslim] Abu Hurayrah

said that he saw a woman wearing perfume and said to her, "I heard the Messenger of Allah

saying: ‎‘Any woman who applies perfume then goes to the mosque, her prayer will not be accepted until she performs Ghusl.'" [Al-Albaani: Saheeh]

This means that the more concealed the woman is from the eyes of people, the better her prayer would be (in reward). Ibn Khuzaymah and a group of scholars

stated that women's prayer in their homes is better than their prayer at the mosque even if this was Al-Masjid Al-Haraam in Makkah, Al-Masjid An-Nabawi or Al-Masjid Al-Aqsa. This is supported by the above-mentioned Ahadeeth (narrations) and the Prophet

said this explicitly to Umm Humayd

‎It was narrated on the authority of Ibn ‘Umar

that ‎ ‎the Messenger of Allah

said‎: ‎"Do not prevent your women from going to the mosques, although their houses are better for them." [Abu Daawood]‎ ‎The Messenger of Allah

also said‎: ‎"The woman is ‘Awrah (something private that must be covered); and when she goes out, the devil entices her and uses her to tempt others. Women are in the closest state to Allah when they are at home." [At-Tabaraani: good chain of narrators]‎ ‎It was narrated on the authority of Ibn Mas‘ood

Different Types of Women in Ramadan‎‎: Which One Are You? – II

wrote a chapter entitled‎ ‎'Reward of women's prayer at home', which will be quoted briefly here:‎