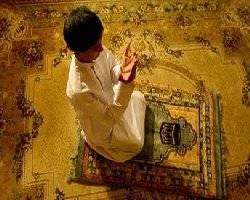 Ramadan is a blessed month when the people of faith receive many bounties and righteous people compete in performing many good deeds and are determined to do every praiseworthy act. You can see many Muslims fasting during the day, endeavoring to perform other acts of obedience such as reciting the Quran, remembering Allah The Almighty frequently, invoking Him, asking Him for forgiveness, as well as offering food for people to break their fast when the time of Iftaar is due. All this is because of the guidance of Allah The Almighty.

However, what is strange is that such good deeds virtually vanish at night, after the diligent person prays Taraaweeh (voluntary night prayers) after the ‘Ishaa’ (night) Prayer. What comes next? This is the question that we would like to address.
What do most people – the elderly and the youth, the women and girls – do during the last hours of the night in Ramadan?
We should answer these questions frankly. What are we Muslims doing during the last third of the night during the month of Ramadan?
Some Muslims stay up late at night in Ramadan and talk about worldly matters such as their traditions and customs. Allah The Almighty Says (what means): {Recite, [O Muhammad], what has been revealed to you of the Book and establish prayer. Indeed, prayer prohibits immorality and wrongdoing, and the remembrance of Allah is greater. And Allah knows that which you do.}[Quran 29:45] Some other people spend the night watching television as they consider Ramadan to be a season where they can watch comedy shows, competitions, movies and serials. Such people do not join the competition of gaining Paradise. Allah The Almighty Says (what means): {Race toward forgiveness from your Lord and a garden whose width is like the width of the heavens and earth, prepared for those who believed in Allah and His messengers. That is the Bounty of Allah which He gives to whom He wills, and Allah is The Possessor of great bounty.} [Quran 57:21] Some other people spend a lot of time in the markets as they forget that they will be asked about their time and that by looking at what is prohibited, they would be doing something that spoils the mind and disobeying the Messenger of Allah,

.
The late hours of the night is a special time that has great virtues throughout the year, even more so in Ramadan. This is the time when Allah The Almighty descends, as the Prophet,

, said in the Hadeeth narrated by Abu Hurayrah, may Allah be pleased with him: “Allah descends every night in the last third of the night [in a way that befits His Majesty] to the lowest heaven and Says, ‘Is there anyone invoking Me that I may respond to his invocation? Is there anyone asking Me so that I may grant him his request? Is there anyone asking My forgiveness, so that I may forgive him?’" [Al-Bukhari and Muslim]
These are the hours where people are granted what they want and when their Lord forgives them. These are the hours of the last third of the night.
The righteous people knew these hours and observed them. Allah The Almighty Says (what means): {They used to sleep but little of the night, And in the hours before dawn they would ask forgiveness…} [Quran 51:17-18]
Thus, we must ask: Where are the people who are in need? Where are the sick people? Where are the repentant people? Where are the debtors? Why do they not wake up and utilize these hours?
It was narrated on the authority of Jaabir, may Allah be pleased with him, that the Prophet,