Every Good Deed Is Charity – I 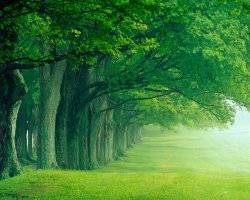 Allah The Exalted instructs His Prophet

to enjoin his Ummah (Muslim nation) to practice goodness and make it their intrinsic quality and moral characteristic. He Says (what means): {Take what is given freely, enjoin what is good} [Quran 7:199] The prominent scholar of Tafseer (exegesis) Ibn Sa‘di

"Saying {enjoin what is good} includes every good word, beautiful deed and perfect morals towards relatives and strangers. Be keen on goodness to people through teaching knowledge, enjoining good such as maintaining ties of kinship, dutifulness to parents, reconciling people, offering some useful advice or a right opinion, cooperation in righteousness and piety, and forbidding evil or guiding to obtain an interest, whether religious or worldly." [Tayseer Al-Kareem Ar-Rahmaan fi Tafseer Kalaam Al-Mannaan]

The good deeds mentioned by the Prophet

include deeds with general benefit, such as reconciling people and helping a man concerning his riding animal by helping him to ride it by lifting his luggage onto it. Saying good words which includes greeting and responding to a person who sneezes, removing a harmful thing from the pathways, enjoining good, forbidding evil, aiding the needy, helping the deaf to hear and the weak sighted to see and guiding the blind are some other good deeds that come under the same category. Other acts whose benefit does not transcend the one who does them, include utterances of glorification of Allah The Almighty, utterances proclaiming His greatness, praise and professing His oneness, walking to prayers and praying the two Rak‘ahs (units of prayer) of Dhuha (mid-morning prayer). [Jaami‘ Al-‘Uloom wal Hikam]

replied: ‘The dearest among people to Allah is the one who is most beneficial to people, and the dearest of deeds to Allah is to bring happiness to a fellow Muslim, or relieve him of distress, or pay off his debt or stave away hunger from him. It is better for me to walk with my Muslim brother in his time of need than to stay secluded in this mosque of Madeenah for a month. Whoever holds back his anger, Allah will cover his faults and whoever suppresses his fury while being able to execute it, Allah will fill his heart with satisfaction on the Day of Judgment. Whoever walks with his brother in need until he establishes that for him, Allah will establish his feet firmly on the day when all feet would slip." [At-Tabaraani] [Al-Albaani: Hasan]

It was narrated on the authority of Abu Jurayy Al-Hujaymi

that he said, “I came to the Messenger of Allah

and said, ‘O Messenger of Allah, we are a people living in the desert, teach us something with which Allah The Almighty and Exalted may benefit us?’ He said: ‘Do not hold in contempt any act of goodness even if it is pouring water from your cup into the container of one seeking water and even talking to your brother with a cheerful countenance.’" [Ahmad] [Al-Albaani: Saheeh]

Among other types of charity is paying the rights to their owners. Abu Hurayrah

said: “‘Six are the rights of a Muslim over another Muslim.’ It was said to him, ‘O Messenger of Allah, what are these?’ Thereupon he said: ‘When you meet him, offer him greetings; when he invites you to a feast accept it. When he seeks your counsel, give it to him, and when he sneezes and says: All praise is due to Allah, you say Yarhamuk Allah (may Allah show mercy to you); and when he falls ill visit him; and when he dies follow his bier.’” [Muslim]

Every Good Deed Is Charity - II

Every Good Deed Is Charity - III