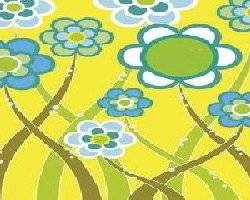 The early years— we do not exaggerate if we say the early moments— of the child’s life are the best and most important periods to build up the aspects of faith in the child and instill the creed of Tawheed (Islamic Monotheism) and knowing Allah, the Almighty, in him. Therefore, the Prophet

instructed Muslims to let the words of the Aathaan (call to prayer) be the first thing heard by the newborn. These words carry the meanings of pure Tawheed, worshipping Allah, The Almighty, Alone and disassociating from any other worshipped deity.
Ibn Al-Qayyim

The first words to be heard by the child are the words of the heavenly call which include the Highness and Majesty of the Lord and the testimony of faith which is the first step to embracing Islam. So, this is considered like teaching the child the slogan of Islam when he comes to life, as if he is asked to pronounce the testimony of faith. It is also possible that the effect of the Aathaan will reach the heart of the child even if he does not realize it. Also, there is another benefit that when the devil— who awaits the birth of the child— hears the words of the Athaan, he runs away. So, he hears words that weaken and enrage him since the first moment of his being attached to the child.

There is another meaning in saying the words of the Aathaan in the ear of the newborn baby that it is a call to Allah, His Religion and worshipping Him that precedes the call of the devil as the pure Fitrah (sound innate predisposition) precedes the changes that the devil makes therein. There are many other rationales.

Due to the importance of this period in the child’s life in terms of learning the bases of faith; the Prophet

ordered Muslims to make “La ilaaha illa Allah (None is truly worthy of worship but Allah)” the first words to be taught to the child. Ibn ‘Abbaas, may Allah be pleased with him, said that the Prophet

said: “Make the first word to be heard by your children to speak: La ilaaha illa Allah (None is truly worthy of worship but Allah).”

ordered parents and mentors to teach the children the acts of worship when they are at the age of seven. ‘Amr ibn Al-‘Aas, may Allah be pleased with him, narrated that the Prophet

said: “Command your children to perform prayer when they are seven years old, and beat them for (not offering) it when they are ten; and separate them in beds.”

On basis of this ruling, we draw an analogy to train the child to fast some days if he could bear fasting. This also applies to other acts of worship.

Importance of attaching children to the Noble Quran from a tender age:

This should take place at a very young age once the child starts speaking. This is the golden period for memorization, learning and maximizing the psychological impact of what the child learns and memorizes.

advised parents to maintain this. ‘Ali, may Allah be pleased with him, narrated that the Prophet

said: “Train your children to acquire three characteristics: love of your Prophet, love for the Prophet’s household and reciting the Quran; for the bearers of the Quran will be in the shade of the Throne of Allah on the Day when there will be no shade except His, with His Prophets and His chosen ones.” [At-Tabaraani]

pursued this path. Sa‘d ibn Abi Waqqaas, may Allah be pleased with him, said: “We used to teach our children the battles of the Messenger of Allah just as we used to teach them the Surahs (Chapters) of the Quran.” Their keenness on teaching their children the Quran came first; they used it as a means to give an indication of their intense interest and care. Al-Ghazaali

advised Muslims — in his book of Ihyaa’ ‘Uloom Ad-Deen — to teach children the Quran, the Hadeeth and the stories of the righteous people. In Al-Muqadimmah, Ibn Khuldoon

stressed the importance of making children learn and memorize the Quran. He pointed out that the Quran is the basis of education because it leads to establishing the sound creed and implanting faith.

The Quran builds up the child’s character:

Teaching the child the Quran effectively helps him build up the components of faith in his personality. It also inculcates supreme values in him and straightforward behavior. It forms his personality and way of thinking in a way that is characterized by purity and originality. It makes him eloquent and a sound-speaking person. It increases his knowledge and strengthens his memory. There is a report enhancing this meaning that states the following, “Whoever recites the Quran while he is a believing youth, the Quran will be mixed with his flesh and blood and Allah, The Almighty, will make him with the noble and dutiful messenger-angels.”

Memorizing, learning and being attached to the Quran make the souls of children at peace, tranquil and connected to the Creator. Hence, they will enjoy the company of Allah, The Almighty, who will guard them from the harm, evil and domination of the devils. Consequently, the Quran will become indeed mixed with their flesh and blood, by virtue of reciting its verses with their parents or teachers.

Accordingly, they would not tolerate abandoning their Mus-haf (Arabic copy of the Quran) or recorded tapes of the Quran. Even at times of illness and fever, their tongues will utter what is instilled in their fresh and hearts including the words of Allah, The Almighty, and their great attachment to it.