Children's Names: Between Destruction and Construction 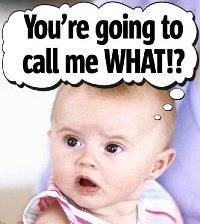 Islam greatly cares for the Muslim child and the creation of the units of sound upbringing from which he grows and is nurtured and which contain all the factors of righteousness which help the child to be righteous and pious as Allah The Almighty ordered His slaves. Such care encompasses everything that contributes to the righteousness of the child, starting from choosing a righteous mother to the other aspects of upbringing and guidance.

The rights of the child, the fulfillment of which was asserted by the Prophet

include choosing a good name for him/her. This is stressed for important reasons:

said: "The child's right over his father includes choosing a good name for him and bringing him up well." One day, a father complained to the Commander of the Believers ‘Umar ibn Al-Khattaab

about the undutifulness of his son. ‘Umar

highlighted the danger of neglecting this right, saying,

I have pondered on the majority of sins and misdeeds and concluded that repentance eliminates them and wipes out their effect immediately. However, there is a sin that persists throughout the offspring and its shame affects the grandchildren because of the grandfathers. This sin becomes a silly joke played among men, children and women. Repentance of that sin needs a tough long journey because it is registered in the birth certificate, ID card, school certificates, driving license and official documents. It is the name of the baby which the father failed to choose. He failed to choose one that is approved by the Sharee‘ah (Islamic legislation) and that which is appropriate in the Arabic language and inspired by the sound innate disposition. Muslims in general must care about choosing the names of their children and choose a name which neither contradicts the Sharee‘ah nor the Arabic language.

2- The name's impact on formulating the child's personality

The child is psychologically affected by his name and nickname and his view of himself is affected by that as well. We find some children suffering from their names because their names carry bad or awkward meanings, causing great embarrassment to them whenever they introduce themselves to others. Some are surprised; others ridicule; and a third group blames the child for something that he has not done as if he was the one who named himself. On the contrary, if the parents choose a beautiful and meaningful name for their child, this would make him pleased and happy whenever he introduces himself to someone and whenever anyone praises or shows admiration for the name.

emphasized that there is a relationship and connection between the person and his name, and that names influence those who bear them, and vice versa. He mentioned a very important aspect of upbringing in choosing the name. That is the good name of the person encourages and urges him to do commendable acts out of shyness of his name which contains good meanings. It is noted that the lowly and elite people usually choose the names that suit them and agree with their conditions.

A name with Islamic features confirms that the bearer of the name is not only a Muslim, but also a Muslim who is proud of Islam and his Muslim identity. Thus, the Prophet

guided us to the best of names. He said: "Name yourselves after the Prophets. The dearest names to Allah are ‘Abdullah and ‘Abdur-Rahmaan; the most truthful names are Haarith and Hammaam; and the ugliest of names are Harb (fight) and Murrah (bitterness)." [Saheeh]

The dearest names to Allah The Almighty are the names whose meaning signifies that the person is a slave of Allah The Almighty, and thus, the person will remain all the time recalling the meanings of worship and submission to his Lord The Almighty. Also, the Prophets' names, may Allah exalt their mention, help their bearers remember the life of the Prophet whom he was named after as well as remember his effort and work for the sake of delivering the divine message and making the word of truth and religion reign supreme.

There are some names which reflect a clear flaw in the parents' pride in Islam and their Muslim identity. Those parents did not approve any names save the names of artists and football players to give to their children. The child remains influenced throughout his life by the owner of that name, male or female, he imitates and emulates him/her and takes him/her as a role model.

was very annoyed by the bad names which were given to people, places, tribes and mountains. One day he was walking between two mountains. He asked about their names, and when he was told that their names were Faadhih (i.e. shameful) and Mukhzi (i.e. disgraceful), he changed his direction and did not pass between them.

prevented the one whose name was Murrah (i.e. bitterness) or Harb (i.e. war) from milking an ewe. It was narrated that:

asked for someone to milk a dairy she-camel, saying: "‘Who milks this?’ A man stood up. The Messenger of Allah

said: ‘What is your name?’ The man said, ‘Murrah (bitterness).’ The Messenger of Allah

said to him: ‘Sit down.’ Then he said: ‘Who milks this camel?’ A man stood up and the Messenger of Allah

said: ‘Sit down.’ Then he said: ‘Who milks this camel?’ A man stood up, and the Messenger of Allah

forbade giving ugly and bad names, stating the reason for this in the following Hadeeth (narration): It was narrated on the authority of Samurah

explained the reason for disapproval and prohibition of giving these names because the Arabs used these names with their embedded meanings for seeking blessings through them or seeing good omens in their beautiful nuances. Thus, the Prophet

forbade them from doing so lest what they sought from these names would change to the opposite. Put differently, if they asked whether the man with such of these names was there and the reply was in the negative, they would consider it an evil omen and despair of affluence and success. The Prophet

forbade them from any means which would make them think ill of Allah The Almighty and despair of His goodness.

liked the names with good meanings and supplicated for their bearers:

-   He said to Suhayl (diminutive of Sahl which mean easy) ibn ‘Amr when he arrived on the Day of Al-Hudaybiyah peace treaty: "Your matter has become easy."

-   He said to Buraydah when he asked him about his name and he replied that his name was Buraydah (diminutive of Bard meaning coolness): "‘Abu Bakr, our matter has become peaceful.’ He then asked: ‘What tribe are you from?’ Buraydah replied, ‘From the tribe of Aslam (safer).’ He said to Abu Bakr

considered this matter in the interpretation of dreams. He said: "I saw in my dream as if we were in the house ‘Uqbah ibn Raafi‘ and we were given ripe dates from those of Ibn Taab. I interpreted it to mean that a good end and glory will be for us in this world, and that our religion has become ripe."

Let the names of our children be like the Prophets' names, names implying worship of Allah The Almighty, names of the noble Companions who are the best of mankind after the Prophet

and every name which carries noble meanings that urge doing every good deed and bar from bad behavior and misdeeds. By doing so, all meanings of goodness and glory will be instilled in their souls.