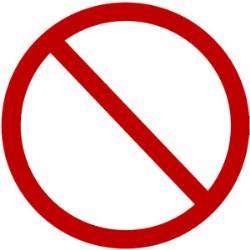 Examples of the deviated interpretations of Al-Baatiniyyah

It has previously been mentioned that the belief of Al-Baatiniyyah is based on the distortion of the apparent meanings of the Quran and Sunnah (Prophetic tradition) to other esoteric meanings. Amongst such naïve distortions is their claim that fornication does not mean the illicit insertion of the male organ into the woman's vagina; rather, it means putting the sperm of the hidden knowledge into the soul that has not yet adopted their faith. Accordingly, they see no harm in fornication.

They also claim that purification does not mean performing Wudhoo’ (ablution), but it means renouncing and purifying oneself from any belief other than giving pledge to the Imaam. Moreover, they claim that fasting does not mean abstaining from all that can break fasting in a specific period, but it means abstaining from unveiling the secret. As for Tawaaf (circumambulation) around the Sacred House seven times, they said it means circumambulation around Muhammad

and the rest of the seven Imaams. They interpret the five prayers as indications to the four pillars and the Imaam. Consequently, there is no need for performing those prayers that Muslims perform.

Amongst the examples of their interpretations of the miracles of the prophets are that they interpret the flood of Nooh (Nuh), may Allah exalt his mention, as the flood of knowledge that drowned those who adhere to the outer, exoteric meaning of the Quran and Sunnah. As for the fire into which Ibraaheem (Abraham), may Allah exalt his mention, was thrown, it is just the anger of the Nimrod and not a real fire. They also claimed that the Jinn of Sulaymaan (Solomon), may Allah exalt his mention, were in fact the Baatiniyyah of that age, and that the devils are Ath-Dhaahiriyyah (i.e. those who oppose Al-Baatiniyyah), those to whom the hard works are commissioned, and the like of their hallucinations that make everyone laugh at them due to their naivety and foolishness.

Examples of the atrocities of Al-Baatiniyyah

If the discussion of the beliefs of Al-Baatiniyyah clarifies the hidden thoughts of that group, their practices against Muslims, when they feel powerful, clearly show the hatred they harbor in their heart towards Muslims. The following lines are just a reminder; the history of Muslims with the Baatiniyyah is a bloody one. We will not list all of their atrocities against Muslims, as a few will suffice.

“In 317 A.H., a caravan of Iraqi pilgrims set out to Makkah under the leadership of Mansoor Ad-Daylami. They arrived peacefully. Many other caravans arrived from everywhere. All of a sudden, they were attacked by the Qaramati and his group on the day of At-Tarwiyyah (8th of Thul-Hijjah). He plundered their money and killed them. He massacred pilgrims in the streets and paths of Makkah, in Al-Masjid Al-Haraam and even in the Ka’bah itself. Then their leader Abu Taahir, may Allah curse him, sat before the doors of the Ka‘bah and said while the people were being killed around him, ‘I am for Allah and with Allah. I am, I am, I give life to people and inflict death upon them.’

“People were running away from them and seeking protection in the cloth that covers the Ka’bah but to no avail. They were killed while they were in that state and while they were performing Tawaaf. When Al-Qarmati, may Allah curse him, finished his mission and committed atrocities against the pilgrims, he ordered that the dead bodies be buried in the well of Zamzam, while many of them were buried in their places in Al-Haram. They were neither washed nor shrouded, nor was the funeral prayer offered for them because they were martyrs and also in the state of Ihraam. He destroyed the dome of the well of Zamzam, ordered that the Ka’bah be eradicated and its Kiswah (covers) to be taken off. He and his followers tore the Kiswah. He also ordered a man to mount the Ka’bah and remove its Meezaab (drain pipe of the Ka‘bah’s roof) but that man fell on his head and died to enter the Hellfire.

“At that point, he left the Meezaab and ordered that the black stone be removed from its place. A man came to it and hit it with heavy metal in his hand and said, ‘Where are the successive groups of birds, where are the hard and solid stones?’ (This is in reference to the way Abrahah, who had tried to attack the Ka’bah earlier in history, perished) and removed it from its place and carried it to their country. It remained in their possession for 22 years until they returned it in 339 A.H. Indeed we belong to Allah, and indeed to Him we will return.”