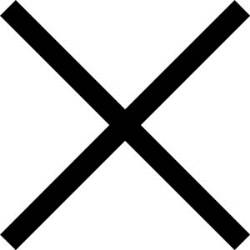 The beliefs of Al-Baatiniyyah are, as previously mentioned, based on the principle that knowledge cannot be attained except through the infallible Imaam and seeking that from any other source, as they believe, will be of no avail. The Imaam is the only one who can interpret texts and his interpretation is decisive and cannot be in any way rejected. Following him and adopting his thoughts is considered obligatory in much the same way as following and believing in the Prophet

Accordingly, we ask them: why do they believe in the narrations of their infallible Imaam denying Paradise, Hellfire, Gathering, Resurrection, and other such principles and beliefs of Islam while he showed no miracle or proof that could substantiate his claims? Furthermore, why do they give preference to the narrations of their Imaam and renounce those of the best of creation, Prophet Muhammad

while he was supported by many great miracles – the greatest of them all is the Noble Quran, which includes all that the Baatiniyyah have denied of Islam and its rulings? If they claim that the Quran contains apparent meanings, which have hidden esoteric meanings that cannot be understood by anyone except the infallible Imaam, and thus we have learnt from him, we answer them by asking another question. The question is: how can you be so sure that the words of the Imaam do not have a hidden esoteric meaning that you cannot grasp, so you should not trust what you understand of the apparent meaning of his words?

If they claim that he has explained to them explicitly, saying, “What I have mentioned to you is explicit and has no symbols and what is meant is the apparent meaning”, we will answer them saying: how can you be sure that his second saying is apparent and does not imply a symbolic interpretation that you do not know of? He still speaks in his explicit words and we will say that we cannot be deceived with the apparent meaning, for it may have hidden meanings.

If he denies the hidden meaning, we will say that his denying may have symbols and hidden indications. And if he swears to divorce his wife thrice that he intends nothing but the apparent meaning, we will reply saying that his divorce implies a symbol and indication, and that he disclosed something and hid something else. If they say that such a methodology will end all attempts at understanding i.e., no one will understand the speech of anyone else through this way, we will reply that you have done a similar thing. You have rejected the possibility of understanding the words of the Messenger

and the Quran which is full of descriptions of Paradise, Hellfire, the Gathering, the Resurrection and the Day of Return, affirming that with strong oaths by insisting that such words may be symbols. So what you have said about the narrations of the Quran and Sunnah has to be applied to the narrations of your infallible Imaam. Of course, they will never find an answer to that. Accordingly, everyone must know that they are the worst of all the deviant sects that ever existed.

To further refute their beliefs, it can be said to them, such hidden and esoteric interpretations that you have mentioned, assuming their authenticity and truthfulness, then what would be their ruling in the Sharee‘ah i.e. should they be hidden or disclosed? If you say that they should be disclosed, we will reply: then why did Muhammad

hide them and did not mention anything about them, neither to his Companions, may Allah be pleased with them, nor to all people in general? Did the Messenger

believe in the permissibility of that and thus hide the religion of Allah The Almighty? Allah forbid! Allah The Almighty Says (what means): {O Messenger, announce that which has been revealed to you from your Lord, and if you do not, then you have not conveyed His message.} [Quran 2: 67]

If they claim that they should be hidden, we would answer them saying, how do you disclose what the Messenger

has enjoined to be hidden? Why did you disclose the secret and breach the ruling? Is this not a clear transgression against the rulings of religion and disobedience to the one who legislated those rulings? They will not find any answer.

This is the history of the Baatiniyyah and their atrocities that we have presented them to you so that you would know the danger of this deviated sect which was formed only to undermine Islam and destroy its rites and beliefs.