Controlling Anger: An Essential Skill for Educators - I 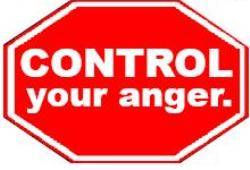 A US TV channel presented a series on the views of children on the way in which their parents discipline them. The channel hosted some intelligent children who are able to articulate their views clearly and strongly every week, and in doing so, they would ask them a set of questions.

In one of the episodes, a mother listened to her child on the television expressing his views and notes, and talking about the issue of disciplining. The mother was greatly astonished when she heard what her son had said. The reason will be shown in this dialogue that took place between the mother and her son when he returned home.

Dear readers and people responsible for the upbringing process,

Perhaps this scene is often repeated in many homes – unchecked anger explodes, resulting in furious outbursts, throwing insults and name-calling. And who is the target of all these things? It is the nearest and dearest person to your heart – your child!

Does the responsibility of raising children cause a psychological crisis for the people who are responsible for it?

In the absence of positive programming of behavior and parenting attitudes towards the disruptive, inappropriate and unacceptable behavior of their children, caregivers may resort to actions and reactions that are associated with anger and tension, and these are usually negative and destructive. Thus, our Prophet

warned us against acting in the state of anger and ordered us to do things that remove it and reduce its intensity. That is because at such times, a person may often act rashly.

Linguistically, anger is the opposite of satisfaction and – according to Ibn ‘Arafah – it is a state in the hearts of human beings which is praiseworthy sometimes and dispraised at other times. The praiseworthy type of anger is that which happens to support religion and the truth in the context of correction and reforming. Beyond these contexts, anger becomes dispraised.

What happens when you become angry?

Agitation sparks involuntary reactions, which irritate the nerves, move the emotions, suspend thinking, make one lose his balance and it increases the heart rate, blood pressure and the flow of blood to the brain. The organs are disturbed and this clearly shows on the person’s features – his color changes, he trembles, his limbs shake, he is not in his normal moderate mood, his appearance becomes ugly, and he behaves in a manner that is beyond his normal boundaries. If the person does not restrain himself, his tongue will utter foul words and insults and his hand will stretch out to beat and commit violence.
During angry outbursts, one's heart rate accelerates per minute to double the quantity of the blood flow that the heart pumps or that which runs in the blood vessels with each pulse. This causes high blood pressure and increases the secretion of adrenaline.

Should we lose our temper whenever our children make a mistake? How can we bring them up successfully knowing that this stage is characterized by making mistakes; since they lack knowledge and experience in many of their life affairs and are supposed to be living under their parents' guidance and care? Therefore, whoever is responsible for the upbringing process must learn the art of anger management, because controlling one's temper has a significant impact on controlling the behavior of your children. If you keep yourself calm and manage to get through the difficult situations without agitating your anger, your communication with your children will be more effective and your punishment will be more efficient.

Therefore, we invite you to manage your anger, not to cancel it. The Prophet

recommended us to avoid anger, and at the same time he praised the one who becomes angry when the rules of Sharee‘ah (Islamic legislation) are violated. He made this prohibition only to warn against the negative effects of anger and forbade us from negative anger. It is possible that man's anger and agitation turn to positive qualities should he properly manage and control them. We do not mean to cancel it altogether because angry feelings are the source of power and interaction, and represent the sign of his concern about his religion and values. These feelings help man protect his life, religion, honor and property.

Concerning the upbringing process, if parents and people who assume the responsibility of raising children do not become angry about the unacceptable behavior of their children, this will be a sign of the passivity of the educator and his lack of responsibility. It also shows his incorrect estimation of the Hereafter-related results of negligence in raising the children.

Allah The Almighty Says (what means): {O you who have believed, protect yourselves and your families from a Fire whose fuel is people and stones, over which are [appointed] angels, harsh and severe; they do not disobey Allah in what He commands them but do what they are commanded.} [Quran 66:6] The Prophet

said: "Allah will question every caretaker concerning those whom He put under his care whether he had borne the responsibility or neglected it." [Al-Bukhari and Muslim]

The Effects of Electronic Games on Children and Adolescents