The Secrets of Patience 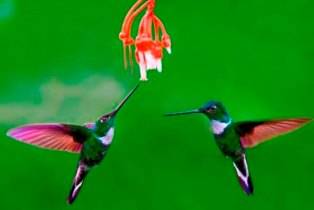 The meaning of sabr

In the Arabic language, sabr means ‘to hold fast’ ‘cease,’ or ‘choke’. For example, in Bedouin Arabic, to say “one has been killed by sabr,” means one was choked to death. Allah the Most High Says (what means): “And keep yourself patient [by being] with those who call upon their Lord in the morning and the evening, seeking His countenance…” [Quran 18: 28]. Sabr in this verse means to ‘hold to.’

It is of three types: Patience in obeying Allah the Most High (namely, perseverance), patience in avoiding Allah’s disobedience (namely, resolve), and patience in Allah’s tests. The first two of these are related to voluntary acts, over which we as humans have control. The last pertains to what happens to us (by Allah’s Decree) wherein we have no choice.
The patience of the Prophet Yoosuf

I have heard Ibn Taymiyyah

patience in resisting the temptation of the minister’s wife was higher than his patience regarding his brothers’ throwing him into the well and separating him from his father, for the latter happened to him without his choice. In such cases, a servant of Allah has no option but patience. But his perseverance in avoiding the seduction (of the minister’s wife) involved his choice and pleasure (resulting from his volitional obedience to Allah), and struggling against his self. This is especially true because there were factors complicating the situation which made it all the harder for him. Not only was he young and full of powerful natural desire, he also was unmarried (thus lacking an appropriate way of satisfying those native urges). He was furthermore a stranger in the land with no relatives or friends to be ashamed before (had he fornicated). Moreover, he was a slave, and in servitude one’s moral restraint (wazi’) is not as it is in freedom. Further, the woman (seeking to seduce him) was beautiful, of high status, and his owner, and she tempted him when her husband was out. On top of all this, she threatened him with imprisonment and humiliation if he were not to oblige her. Yet despite all these factors, he was patient out of his own choice, preferring what is with Allah. How much better it is compared to his patience in the well, wherein he had no choice?”

] also used to say: “Patience through the performance of righteous acts is better and higher in status than patience in avoiding sins, for the benefit that comes from the performance of a righteous deed is dearer to the Lawgiver (Allah the Most High) than the benefit that comes from abjuring sin. Likewise, the ill that arises from the absence of righteous obedience is more hateful to Allah the Most High than the ill that arises from the presence of disobedience.”
He has a treatise in this matter in which he has supported this opinion in 20 different ways, but this is not the occasion to mention them. Our purpose here is to discuss patience, its reality, its levels and ranks. Allah the Most High alone gives success.

Patience is also of three sorts: Patience by Allah (billah), patience for Allah (lillah), and patience with Allah (ma‘allah).

The first, patience by Allah, consists in seeking Allah’s help and seeing Allah as the source of patience. For the patience of a servant is not in his own power but is his Lord’s gift, as He the Most High Says (what means), “And be patient [O Muhammad], and your patience is not but through Allah. And do not grieve over them and do not be in distress over what they conspire.” [Quran 16:127].That is to say, if Allah does not give you patience, you shall not be patient.

The second, patience for Allah, means that the motivation of your patience must he the love of Allah, the will to seek His pleasure, and nearness to Him——not the desire to exhibit your self-control, to seek the praise of people, or for any other reasons.

The third, patience with Allah, is comprised of the servant’s effort to keep with Allah’s religious decrees and requirements, in terms of persevering with them, living with them, establishing them, going with them wherever they take one, and stopping wherever they stop. One’s patience with Allah is to attach the “self” (nafs) to the things Allah the Most High commands and loves. This is the hardest and most demanding type of patience. It is the patience of the Siddeeqoon (those of the highest degree of truthfulness and faithfulness.)

said: “The journey from this world to the Hereafter is easy and light for a believer when compared with renouncing people (for their rejection of faith) in front of Allah, which is hard. The journey from the self to Allah is harder still.

Yet to be patient with Allah is the hardest of all. He was asked about patience. So he said: “It is to swallow bitterness without frowning.”

It has also been said that [patience] is “the endurance of the self in attacking adversities.” And also “withstanding a calamity with a good attitude [patience] is like enjoying peace and felicity.”

The elite [worshippers of Allah] say: “[Patience] is to stand firm on the commandments of the Book and the Sunnah.”

It has been said that the ranks of sabr are five: Sabir, mustabir, mutasabbir, saboor, and sabbar. The first, sabir, is the most general. Mustabir is of the one who has earned patience and is filled with it. Mutasabbir is of one who forces one’s “self” to it [against all odds]. Saboor is of one whose patience is great in comparison to others. And, finally, sabbar, is of one who has a great amount of patience— greater than any of the [people meant by these four] earlier [descriptions].

Regarding the words of Allah, the Most High (which mean): “O you who have believed, persevere and endure and remain stationed and fear Allah that you may be successful.” [Quran 3:200] —it has been said that this verse proceeds from the easier [and lesser] command to the harder and nobler. This means that sabr is less than musabara, and musabara is less than murabatah.

The word ‘murabatah’ comes from rabt which means a tie or hold. Someone is called al-murabit because he ties his horse and waits for the enemy’s assault. Hence, this term has been used for anyone who ties and holds his “self” in discipline and waits for Allah’s commandments.

has said: “Shall I not inform you of that by which Allah erases sins and raises ranks? Perfecting ablution (wudhou’), even when it is difficult, walking frequently to the mosques, and waiting for a prayer after another [has finished]: That is ribat! That is ribat!” (Muslim, Malik, At-Tirmithi) He

also said: “Waiting patiently for a single day in the path of Allah is better than this world and all that is in it.” (Al-Bukhari, Ahmad)